Fenerbahçe hosts Berlin in THY EuroLeague 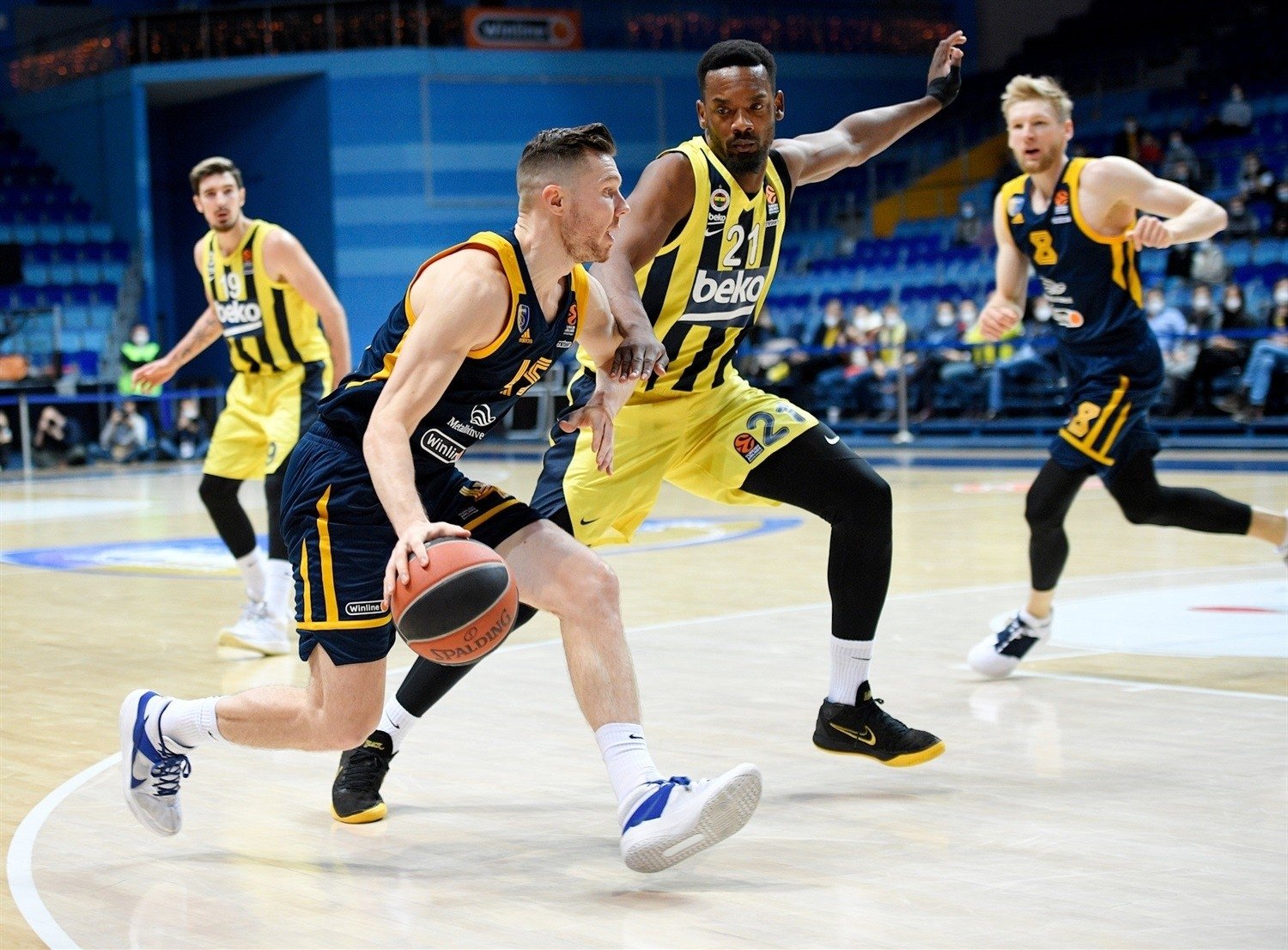 Turkish powerhouse Fenerbahçe will host Germany’s Alba Berlin in a Turkish Airlines EuroLeague Round 25 match in Istanbul on Friday night.

Fenerbahçe (14-10) has clinched its last nine games and has the longest active winning streak in the competition.

On the other hand, Simone Fontecchio (10.1 ppg), Peyton Siva (10.1 ppg) and Marcus Eriksson (10.0 ppg) have been the German champion's top scorers so far this season.

The match will see two of the best pure shooters in the competition face each other. Guduric is undefeated (9-0) with Fenerbahçe this season. His unlimited range and tremendous accuracy instantly made his teammates better, and he has aided the team in different ways.

Eriksson, in comparison, has been battling injuries and his 3-point shooting percentage has dropped from 46.6% to 35.4%. It is a good time for him to bounce back against a fellow elite shooter.

Earlier in the season, Berlin thrashed Fenerbahçe 89-63 in the German capital on Dec. 10.

Tarik Biberovic had led Fenerbahçe with a career-high 13 points in the losing effort.

Fenerbahçe is currently third in 3-point shooting percentage (40.7%) and is effective inside the arc, ranking second at 56.8%. The team, however, still allows a competition-high 11.5 offensive rebounds per match. A better defense out would make the Yellow Canaries even more competitive. They rely on Vesely, Kyle O'Quinn and Ahmet Düverioğlu to be more aggressive in the defense.

Berlin, in the meantime, has allowed opponents to make 56.6% of their two-point shots this season. It must protect its paint better with shot-blockers, including Lammers and Thiemann. It must also avoid easy points in transition by cutting down turnovers – where it ranks second at 14.9 per night. The German champion is making just 51.1% of its 2-point shots and ranks second in assists (19.7 apg). Running the offense through Siva and Luke Sikma will be mandatory if Berling wants to be more effective.

Fenerbahçe is currently sixth in the league table, with 14 wins and 10 losses. It picked up the last win against Zenit St. Petersburg on Feb. 5, which came after a victory over Maccabi Tel Aviv in Round 22.