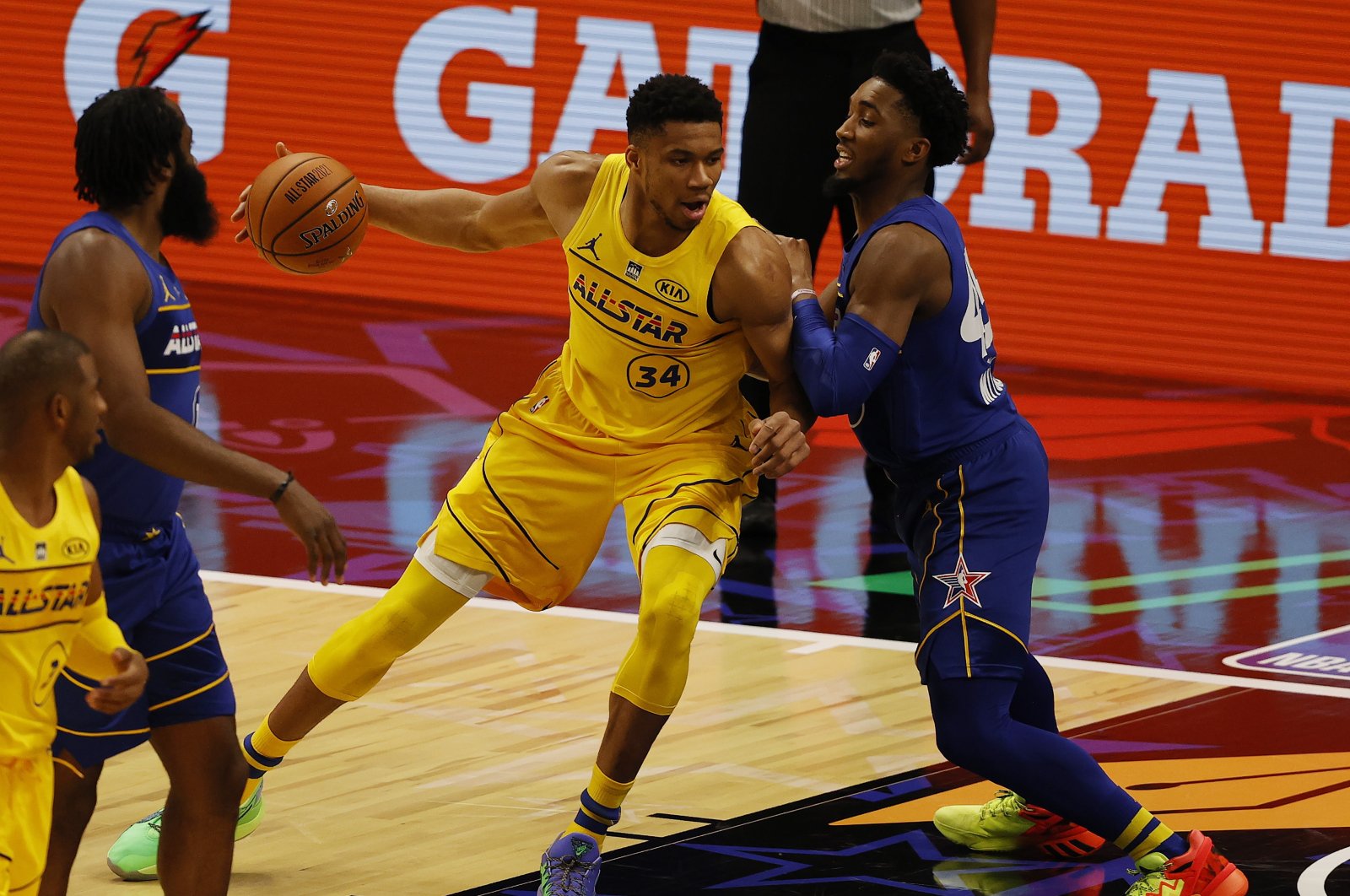 Damian Lillard nailed a game-ending 3-pointer from just inside half-court as LeBron James improved to 4-0 as an NBA All-Star Game captain with a 170-150 win over Team Durant on Sunday night.

Two-time NBA MVP Giannis Antetokounmpo captured the Kobe Bryant MVP Award going a perfect 16-of-16 from the field for a game-high 35 points in Atlanta.

"It's fun. I was happy," said Antetokounmpo. "I just love being around great players. It makes it easier to play with them."

Antetokounmpo's 16-for-16 game easily eclipsed the previous All-Star record of the Philadelphia 76ers' Hal Greer, who went eight-of-eight in 1968. Antetokounmpo also made all three of his 3-point attempts.

James improved to 4-0 in All-Star games he has served as a team captain. He finished with four points in just 13 minutes of playing time. Team LeBron won last year's All-Star game 157-155.

James' participation in the annual showcase was at one time in doubt. Last month James slammed the NBA for holding the contest during the global pandemic calling it a "slap in the face."

NBA Commissioner Adam Silver responded to the criticism from James and others at a news conference earlier Sunday, saying the players he spoke to this weekend were in favor of holding the contest.

"It would have been a bigger deal not to have it," Silver said. "I know that some players have made public comments suggesting they'd rather not be at All-Star. Many have told me directly they're thrilled to be All-Stars.

"It should be judged, when people are looking back, as to what this meant to them as opposed to what some of the initial reactions were from the players."

The 70th All-Star Game had a different feel to it because there were no fans in the arena due to the global pandemic.

But that didn't stop the players from putting on a show at the State Farm Arena including a healthy dose of dunks, alley-oops, behind-the-back passes and long-range 3s like the one by Lillard, who finished with 32 points.

Stephen Curry, who won the 3-point shooting contest earlier in the day, hit six 3-pointers in the first half en route to a 28-point night for Team LeBron. Jaylen Brown tallied 22 points and Chris Paul dished out 16 assists. Both Curry and Lillard finished with eight baskets from beyond the arc.

Bradley Beal scored a team-high 26 points and Kyrie Irving delivered 24 points and 12 assists for Team Durant. In a sign that the defense took the night off, no player from either team grabbed more than nine rebounds.

"When you've got Steph, Dame, those guys shooting half-court threes, threes from the timeline, there's not much you can do. So give credit to them," said Irving.

The NBA and the players union agreed to hold Sunday's modified All-Star Game weekend, salvaging a scaled-down showcase after the pandemic scuttled plans to hold the event earlier in Indianapolis.

This is the second straight year using the new scoring format which calls for an "Elam Ending," which provides a target score during an untimed fourth quarter. Team LeBron dominated the first three quarters to take a 146-125 lead into the final quarter.

That set a winning target score of 170 which Team LeBron easily achieved despite being outscored 25-24 in the fourth by Team Durant.