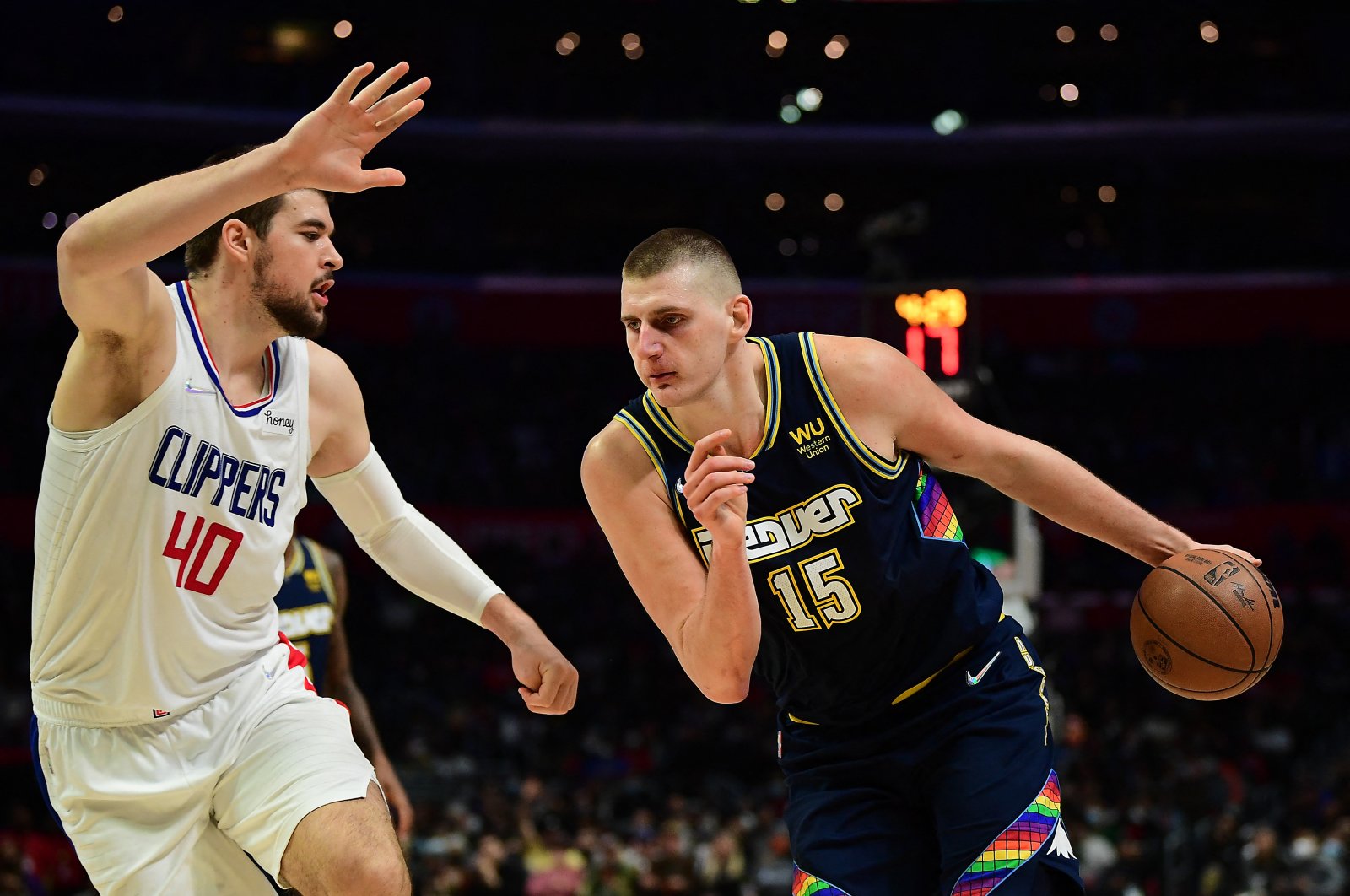 NBA Most Valuable Player (MVP) Nikola Jokic helped his Denver Nuggets' side hold back a furious Los Angeles Clippers fight back for a 103-100 victory Sunday.

The Nuggets earlier saw their 17-point third-quarter lead evaporate, falling behind by nine with 9:04 remaining only to rally for the narrow victory.

Jokic scored 26 points and pulled down 22 rebounds for the Nuggets. Will Barton added 17 and Austin Rivers and Monte Morris scored 12 points apiece as Denver avoided the kind of collapse that saw them waste a 19-point lead in a loss to Charlotte on Thursday.

Luke Kennard drained a 3-pointer with 19 seconds left to pull the Clippers within one at 101-100.

But Jokic was fouled on an inbounds play and made two free throws to push Denver's lead to three and Brandon Boston's 3-point attempt at the buzzer for Los Angeles didn't fall.

Boston and Eric Bledsoe led Los Angeles with 18 points apiece. Ivica Zubac scored 17 points and grabbed 11 rebounds for the Clippers, who were playing their first game since announcing that Paul George would miss at least three weeks with a torn ligament in his right elbow.

Elsewhere, Jimmy Butler returned from an eight-game injury absence to post a double-double in the Miami Heat's 93-83 victory over the Orlando Magic.

Butler, who was sidelined with a bruised tailbone, scored 17 points and pulled down 11 rebounds, handing out four assists and coming up with three steals.

It couldn't have been more timely after Miami guard Kyle Lowry on Saturday joined the parade of NBA players sidelined by COVID-19 concerns.

Miami was also without regular starters Bam Adebayo and P.J. Tucker. Orlando was even more short-handed and the teams reached halftime with Miami holding a slim 42-39 lead, despite connecting on just 37.8% of their shots from the field.

Six 3-pointers in a 30-point third quarter helped the Heat pull away. They led by as many as 18 in the fourth period.

Coping with inevitable injuries has become more problematic for all teams amid the wave of coronavirus cases in the league that mirrors the rise of the omicron variant in the United States.

The Magic had six players in the league's COVID-19 protocols on Sunday, with another player cleared to return but still absent because of conditioning issues. Another six players were out with injuries.

In Cleveland, the Cavaliers thrashed Toronto 144-99 in the Raptors' first game since Dec. 18.

The Raptors, who had three of their past four scheduled games postponed because of lack of available players, had the league minimum eight on Sunday – four on regular contracts and four signed under the league's hardship rules.

"We haven't done a thing since our last game," Toronto coach Nick Nurse said before the game.

Kevin Love and Darius Garland scored 22 points each for the Cavs, who tied a club record with 46 points in the third quarter.

In Chicago, the Bulls were buoyed by the return of Zach LaVine from COVID-19 protocols in a 113-105 victory over the Indiana Pacers.

LaVine scored 32 points and DeMar DeRozan added 24 for Chicago, who led most of the way en route to their third straight win.

LaVine, who hadn't played since Dec. 11, admitted he'd been frustrated to be ruled out because of COVID-19 concerns.

"But that's the world we're living in right now," he said. "Everybody in the league and the world is dealing with it right now, so I'm not doing a poor-me mentality."

It was another lopsided affair in Washington, where Philadelphia's Joel Embiid scored 36 points and grabbed 13 rebounds in the 76ers' 117-96 victory over the Wizards, who were without top scorer Bradley Beal because of COVID-19.

The Memphis Grizzlies, who lost Dillon Brooks and two other players to COVID-19 concerns on Sunday morning, shook off a slow start against the Kings in Sacramento to triumph 127-102.