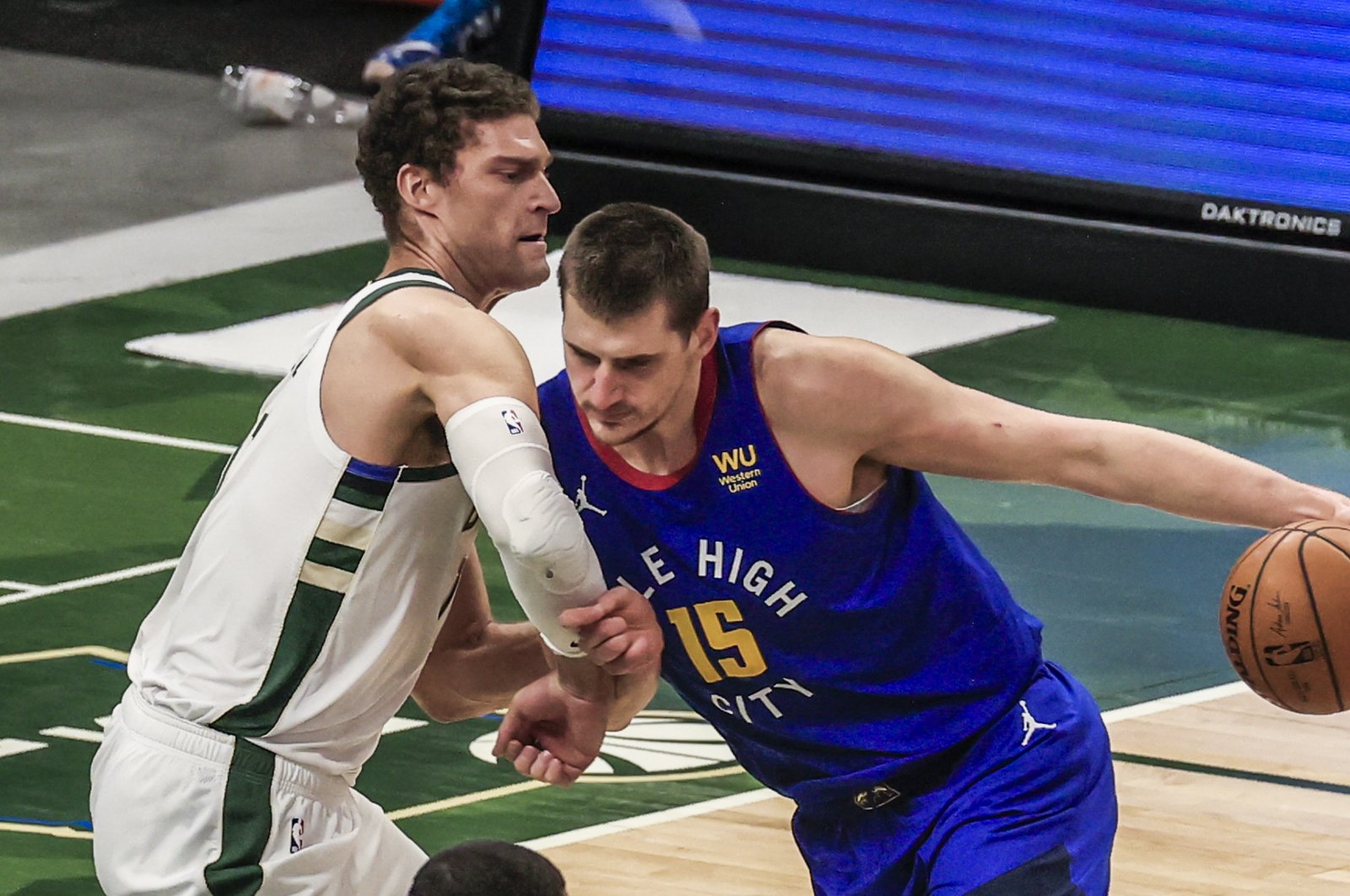 Nikola Jokic recorded his 50th career triple-double with 37 points, 11 assists and 10 rebounds to help the Denver Nuggets cool off the Milwaukee Bucks 128-97 on Tuesday night.

For Jokic, it was his ninth triple-double of the season and it came one night after he finished with 39 points, 14 rebounds and nine assists in a win against the Bulls. Denver secured its third win in a row to open a five-game road trip.

The Nuggets improved to 41-9 when Jokic finishes with a triple-double and were very effective on offense, shooting 55.8% (53-for-95) as they snapped the Bucks' five-game winning streak despite Giannis Antetokounmpo's 27 points, eight rebounds and three assists.

Antetokounmpo also had his streak of four consecutive games scoring 35 or more points halted by a strong effort from the Nuggets' frontcourt.

Jokic had 13 points and nine assists in the first half and teammate Jamal Murray scored 18 of his 24 points before halftime. Denver led by as many as 21 points in the second quarter but settled for a 64-50 edge at the break.

The Nuggets' zone defense contributed to Milwaukee shooting only 27.5% from the 3-point range (11-for-40) for the game. Denver also dominated in the paint, outscoring Milwaukee 56-32, while also posting a 20-7 edge in second-chance points.

Will Barton and Michael Porter Jr. contributed to that effort at both ends. Barton finished with 14 points, eight rebounds and five assists while Porter Jr. totaled 11 points and seven rebounds.

LeBron eclipsed as Suns down Lakers

LeBron James exploded for 38 points but it was not enough to prevent the Los Angeles Lakers from sliding to a 114-104 defeat against the Phoenix Suns.

A testy clash between the Western Conference rivals saw Phoenix star Devin Booker ejected for two technical fouls during the second half before the Suns rallied to close out the win.

James led the scorers and chipped in six assists and five rebounds, but a Lakers offense still missing the injured Anthony Davis failed to fire consistently.

The Suns' victory saw them leapfrog the Lakers into second place in the Western Conference with 23 wins and 11 defeats. The NBA champions Lakers are third at 24-12.

Dario Saric led Phoenix's scoring with 21 points – including 10 in the fourth quarter – while Mikal Bridges added 19.

Booker's ejection came midway through the third quarter, with the 24-year-old tossed for arguing and appearing to bounce a ball towards an official.

Kemba Walker scored 25 points as the Boston Celtics rolled to a third straight win with a 117-112 victory over the Los Angeles Clippers.

Paul George led the scorers for Los Angeles with 32 points while Reggie Jackson – a late replacement for Leonard – added 25 for the visitors.

The Clippers suffered a blow earlier Tuesday when Leonard was ruled out after complaining of back spasms.

Boston improved to 18-17 with the victory, leaving them in fourth place in the Eastern Conference table. The Clippers fell to 24-13 with the loss and remain fourth in the West.

Celtics coach Brad Stevens expressed satisfaction at the way his team had responded after a rocky spell preceding their current winning streak when they lost three games on the bounce.

"The team have stayed together when they easily could have been pulled apart by the noise," Stevens said. "You have to be able to resist that at this level when you're going through the roller coaster of the season."

In Miami, a late burst of scoring from Trae Young gave interim Atlanta Hawks coach Nate McMillan a winning debut over the Miami Heat, 24 hours after the dismissal of Lloyd Pierce on Monday.

Pierce was sacked in the wake of Atlanta's loss to Miami on Sunday, but his unsettled squad responded with a battling 94-80 win over last season's NBA Finals runners-up.

Young was pivotal in the win, rattling off 13 consecutive points in the fourth quarter to guide Atlanta to victory.

"The fourth quarter is when I gotta make plays," Young said. "Tonight I just wanted to close the game out and get a win for us ... Everybody had a hell of a game. It was a great team win for us."