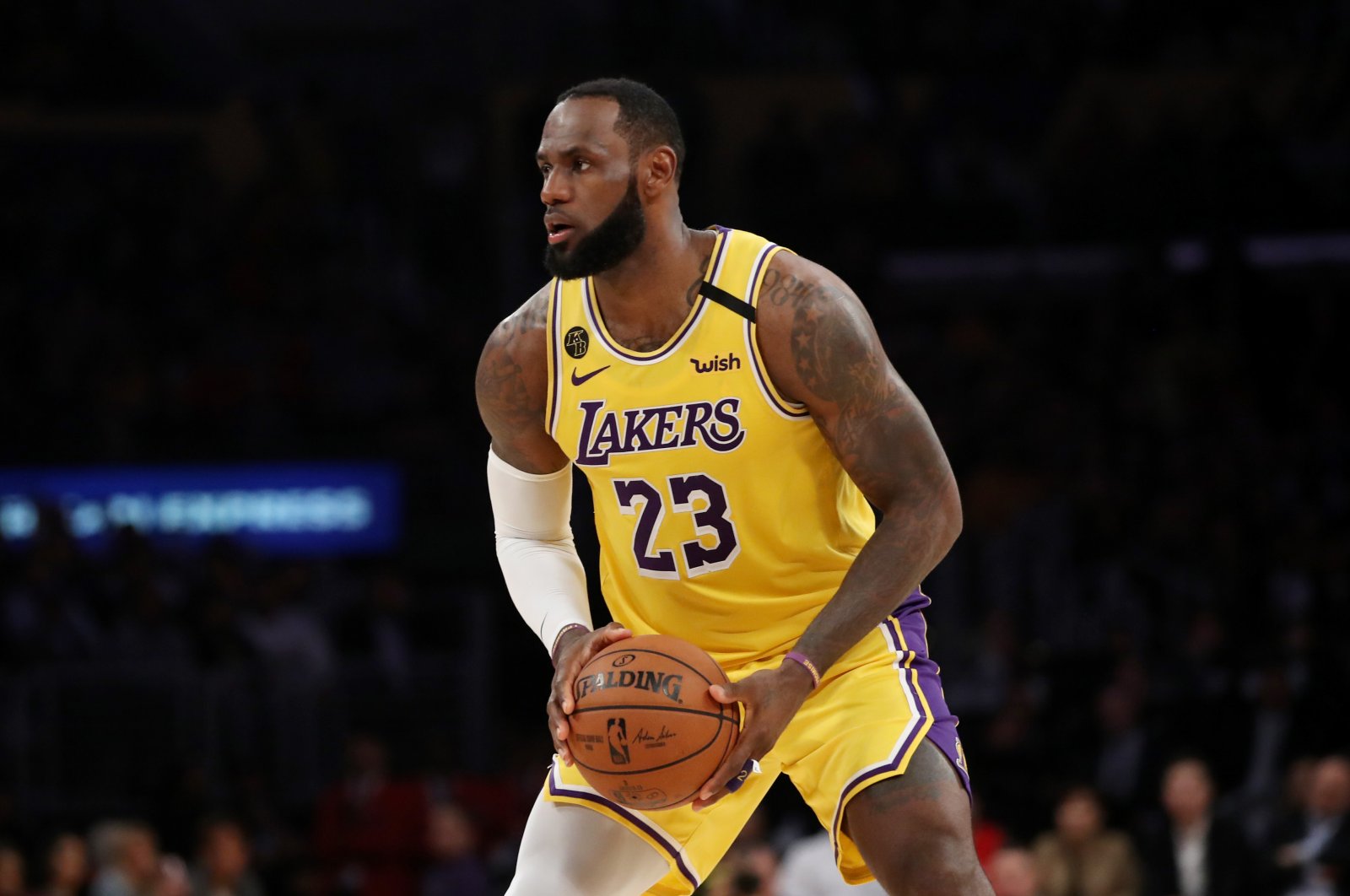 Count LeBron James among the masses who are holding out hope the NBA can complete its season.

When the NBA halted its season on March 11 due to the coronavirus pandemic, the first-place Lakers were five and a half games in front of the second-place Los Angeles Clippers in the Western Conference. The Lakers (49-14) were the only team in the conference to have clinched a playoff spot, and they still had 19 regular-season games remaining.

"I can (hopefully) have some satisfaction on what our team has been able to do this year," James said. "Having a first-year coach, first-year system, a whole new coaching staff, I honestly didn't think that we'd be able to come together as fast as we did.

"Having so many new players, so many new pieces, bringing in Anthony (Davis). He spent seven years in New Orleans, so he was coming into a new system playing along with myself and how we would be able to come together. I thought it would take us a lot longer than it did, but I was wrong," James said.

He added: "I don't think I'd be able to have any closure if we do not have an opportunity to finish this season. I will have some satisfaction on just being with my brothers ... everything that we've been going through this season, the ups and downs, not only on the floor, but off the floor."

With the future of the season in doubt, James is willing to entertain options being put forward about how play might resume. Several reports have indicated that the NBA might restart with all games in the same location, with no fans present.

"If it's in one single, isolated destination, if it's Las Vegas or somewhere else that can hold us and keep us in the best possible chance to be safe, not only on the floor but also off the floor as well, then those conversations will be had," James said. "Once this thing gets a good handle on it and the people in the higher ranks understand it, if they know we are safe, then we can make the next step. But the safety is always the most important, and then we go from there."

James said he is spending part of his time away from basketball keeping an eye on his children as they deal with schoolwork from home.

"I don't know how many other people understand how hard it is to be a teacher," James said. "I got a good sense of it because I have my own school back home (in Akron, Ohio), so I know how difficult it is. But to even add another layer of being able to have teaching across the web.

"My appreciation (is great) for the teachers and professors and the tutors that are calling in daily, or weekly, to our kids all across the nation, still allowing them to learn and still keeping them up to speed about what's going on like they were in the classroom," he said.

James added regarding his time spent social distancing, "It's definitely been a bit of a blessing to be able to be here 24/7. To be here with your family and being able to ... appreciate it and be in this moment, it's been pretty cool, even though I've missed the game of basketball like none other."

When the season was suspended, James was in the midst of a year that had him being touted for a possible MVP award, which would be the fifth of his career. He was averaging 25.7 points per game, 7.9 rebounds and a league-leading 10.6 assists, the top assist figure of his career.