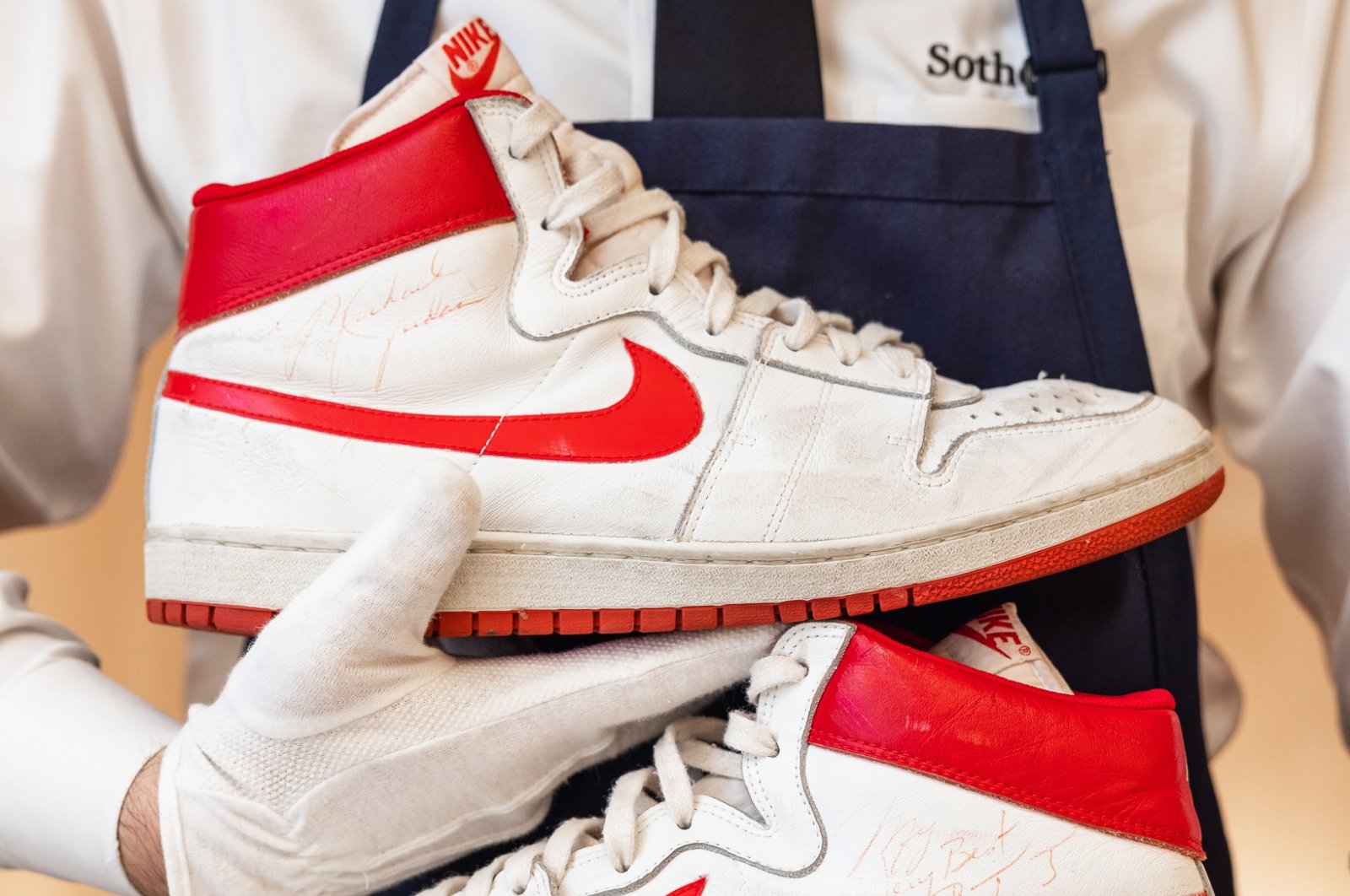 A pair of sneakers NBA legend Michael Jordan wore as a rookie in 1984-85 sold for nearly $1.5 million at Sotheby's on Sunday.

The red-and-white shoes were worn by the iconic player in the fifth game that season with the Chicago Bulls, and Nike's Jordan-affiliated brand quickly became a sensation both on and off the court.

"The most valuable sneakers ever offered at auction – Michael Jordan's regular season game-worn Nike Air Ships from 1984 – have just sold at $1,472,000 in our luxury sale in Las Vegas," the auction house said in a statement on Twitter.

The astronomical price easily beat the record held by a pair of Nike Air Jordans which sold for $615,000 in August 2020 at a Christie's auction.

A pair of Nike Air Yeezy 1s worn by rapper Kanye West sold for $1.8 million in April, triple the previous record for sneakers – although that was a private sale.

The market for rare sports shoes is soaring. The record price for sneakers has been broken several times recently as what was seen as a niche market a decade ago now attracts interest from the general public as well as leading collectors.

The signed shoes that went under the hammer Sunday predate the first Air Jordans, the now-classic sneaker line that quickly morphed from popular basketball equipment to sought-after streetwear worldwide.

The Air Ships that served as the genesis for the Air Jordans were designed by Peter Moore. Jordan wore the Air Ships model in 1984 and 1985, as well as modified versions in 1986.