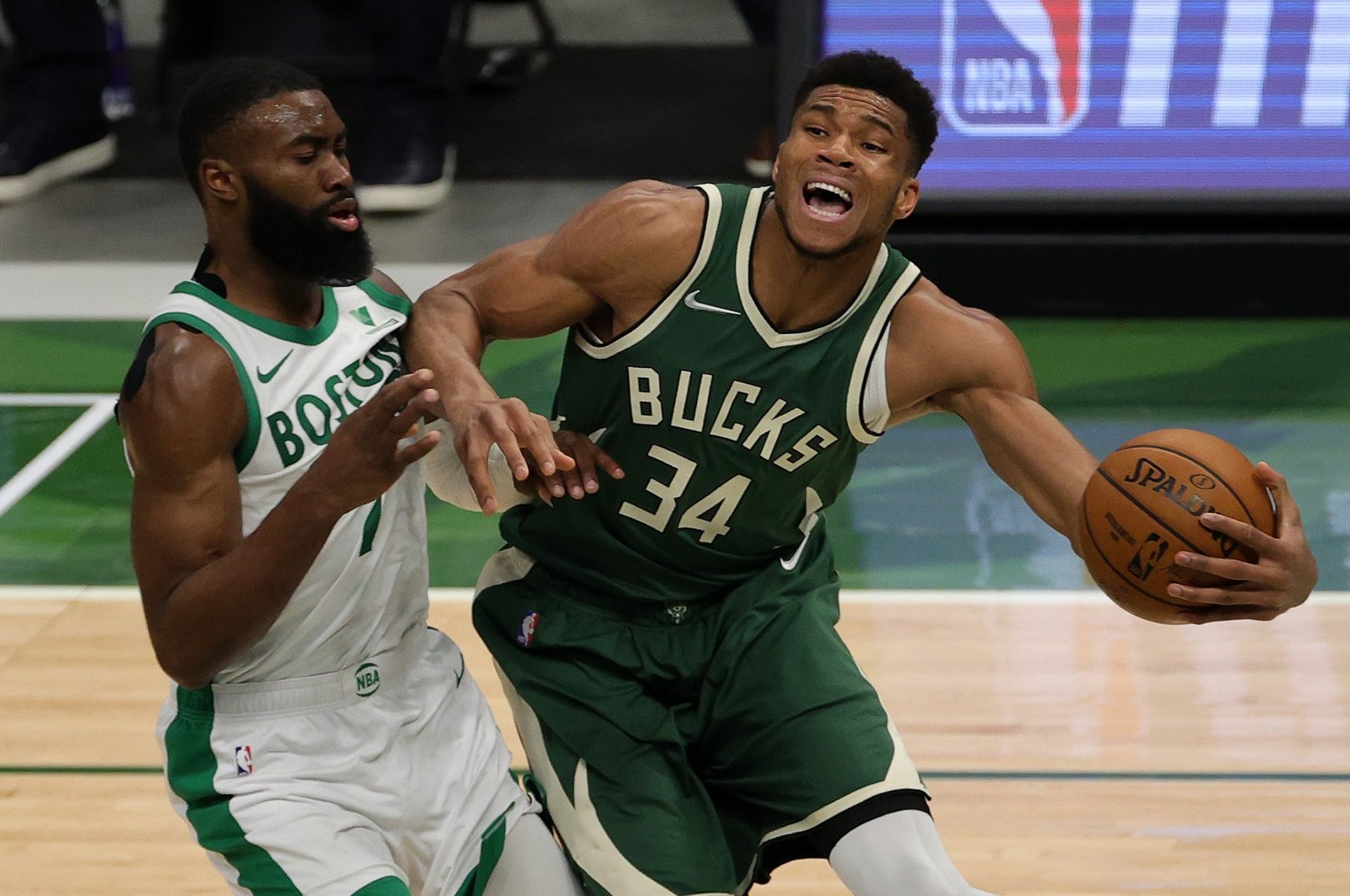 The Milwaukee Bucks pushed their NBA winning streak to eight games on Wednesday, squandering a 25-point third-quarter lead but holding on to edge the Boston Celtics 121-119.

Khris Middleton scored 27 points and pulled down 13 rebounds for the Bucks, who escaped with the victory when Boston center Daniel Theis's 3-point attempt failed to drop as time expired.

"Man, I thought it was good," Middleton admitted of Theis's wide-open effort – which came on the heels of missed attempts from Boston's Kemba Walker and Marcus Smart. "Great play, great look."

For most of the night, it hadn't appeared the Bucks would be cutting it so close.

The Celtics trailed 90-65 midway through the third quarter but Jaylen Brown's 3-pointer cut the deficit to two with 1:32 remaining.

"They made shots, we slowed down, missed some good looks," Middleton said. "Credit them, they hung in the game, found a way to get back in it and had a chance to win at the end."

Milwaukee's two-time NBA Most Valuable Player Giannis Antetokounmpo had a quiet night of 13 points, eight rebounds and seven assists as he returned after resting his sprained left knee.

Bobby Portis scored 21 points off the bench for the Bucks. Lopez and DiVincenzo added 17 apiece.

Jaylen Brown paced Boston with 24 points. Walker had 23 and Jayson Tatum, back after missing a game because of illness, added 18.

Orlando Magic guard Evan Fournier drove for the game-winning layup with 6.4 seconds remaining in a 112-111 victory over the Phoenix Suns.

Magic center Nikola Vucevic put up 27 points and 14 rebounds – his 30th double-double of the season.

Fournier added 21 points and Chuma Okeke scored a career-high 17 off the bench in the dramatic win.

"I'm honestly just very happy about the win tonight because I feel like we deserved it," said Fournier, who is being touted as a likely trade candidate with multiple teams interested as the deadline approaches on Thursday.

Devin Booker scored 25 points and Chris Paul scored 23 for the Suns, who had won three straight and were trying to join the Utah Jazz as the only Western Conference teams with 30 wins.

The West-leading Jazz improved their league-best record to 32-11 with a 118-88 demolition of the Brooklyn Nets.

The Nets were a big disappointment in the absence of their big three.

Kyrie Irving missed the game for personal reasons and James Harden's sore neck left him sidelined along with Kevin Durant, who is still nursing a hamstring injury.

Nets coach Steve Nash acknowledged his depleted team would face "a big challenge" in the Jazz, who raced to a 21-point lead in the first quarter and led by as many as 38 in the third.

Utah's Donovan Mitchell led all scorers with 27 points on 11-of-18 shooting.

Alize Johnson, a 24-year-old who inked a 10-day contract with Brooklyn on Monday, paced the Nets with 23 points and 15 rebounds.

The Toronto Raptors snapped their nine-game losing streak, but star guard Kyle Lowry admitted the 135-111 victory over the Denver Nuggets felt "weird" amid widespread reports he would be traded at the deadline.

Pascal Siakam scored 27 points for the Raptors, who won for the first time since Feb. 26.

OG Anunoby scored 18 of his 23 points before halftime for the Raptors, and Norman Powell – also mentioned as a likely trade candidate – added 22.