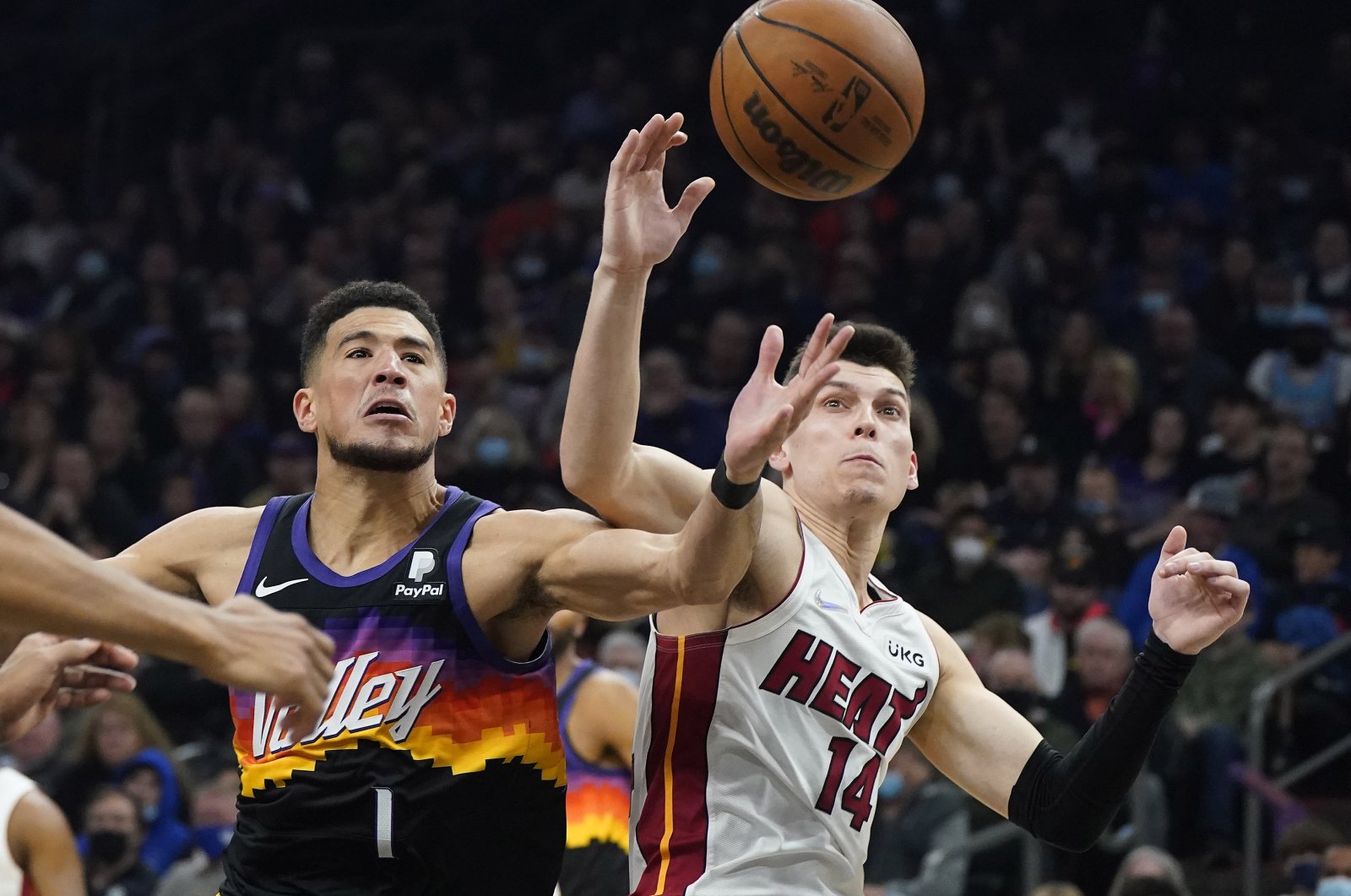 The pair sparked the hot-shooting offense as the Heat equaled a franchise record by making 22 of 44 baskets from 3-point range.

Robinson drained eight 3-pointers, including two clutch ones in the fourth quarter that thwarted a brief Suns rally.

The Heat, who outrebounded Phoenix 49-35, had 11 players on the inactive list, including star guard Jimmy Butler.

Devin Booker scored a team-high 26 points and Mikal Bridges added 20 for the Suns, who shot just 38% from the field.

It was a rare one-sided home loss for the Suns, who had their three-game win streak halted. The Suns dropped to 30-9 on the season.

Grizzlies on a roll

In Los Angeles, Jaren Jackson scored a team-high 26 points as the Memphis Grizzlies used a strong second quarter to win their eighth straight game with a 123-108 victory over the Los Angeles Clippers.

Desmond Bane finished with 23 points, including five 3-pointers, one of four Grizzlies players who finished with 18 points or more.

After a slow start which saw them down by 12 points in the first quarter, Memphis went on a 10-0 scoring surge early in the second to take the lead. They led 66-56 at the half and never trailed in the second half.

"One of the great things about Jaren is that he's very versatile," Grizzlies assistant coach Brad Jones said. "The Clippers struggled on how to handle him today."

Tyus Jones tallied 18 points and had five assists while Brandon Clarke came off the bench to finish with 18 points and 15 rebounds.

Memphis was missing leading scorer Ja Morant, who was out with a thigh injury.

They lost starter Dillon Brooks early in the second quarter after the Canadian forward injured his ankle and had to be helped off the floor.

"Our guys have stuck together. We figure it out as it goes along," said Jones. "They believe in our system and each other. It's really cool when players are talking about that and the coaches don't have to."

Marcus Morris scored a game-high 29 points for Los Angeles, which included draining four threes. But the Clippers as a team went just 10-of-32 from 3-point range.

Meanwhile, Giannis Antetokounmpo carried the offense with a game-high 43 points and 12 rebounds but it was not enough as the defending NBA champion Milwaukee Bucks were toppled 114-106 by the Charlotte Hornets in Charlotte, North Carolina.

LaMelo Ball added 19 points for the Hornets, who held Milwaukee to just 38.9% shooting from the floor.

Khris Middleton added 27 points, 10 rebounds and nine assists for Milwaukee, who won in Brooklyn on Friday.

In Boston, Jaylen Brown recorded his first career triple-double with 22 points, 11 assists and 11 rebounds as the Boston Celtics avenged their loss to the New York Knicks with a 99-75 win.

In Indianapolis, Domantas Sabonis scored a career-high 42 points and Lance Stephenson finished with 16 points and 14 assists off the bench to lead the Indiana Pacers to a 125-113 win over the Utah Jazz.