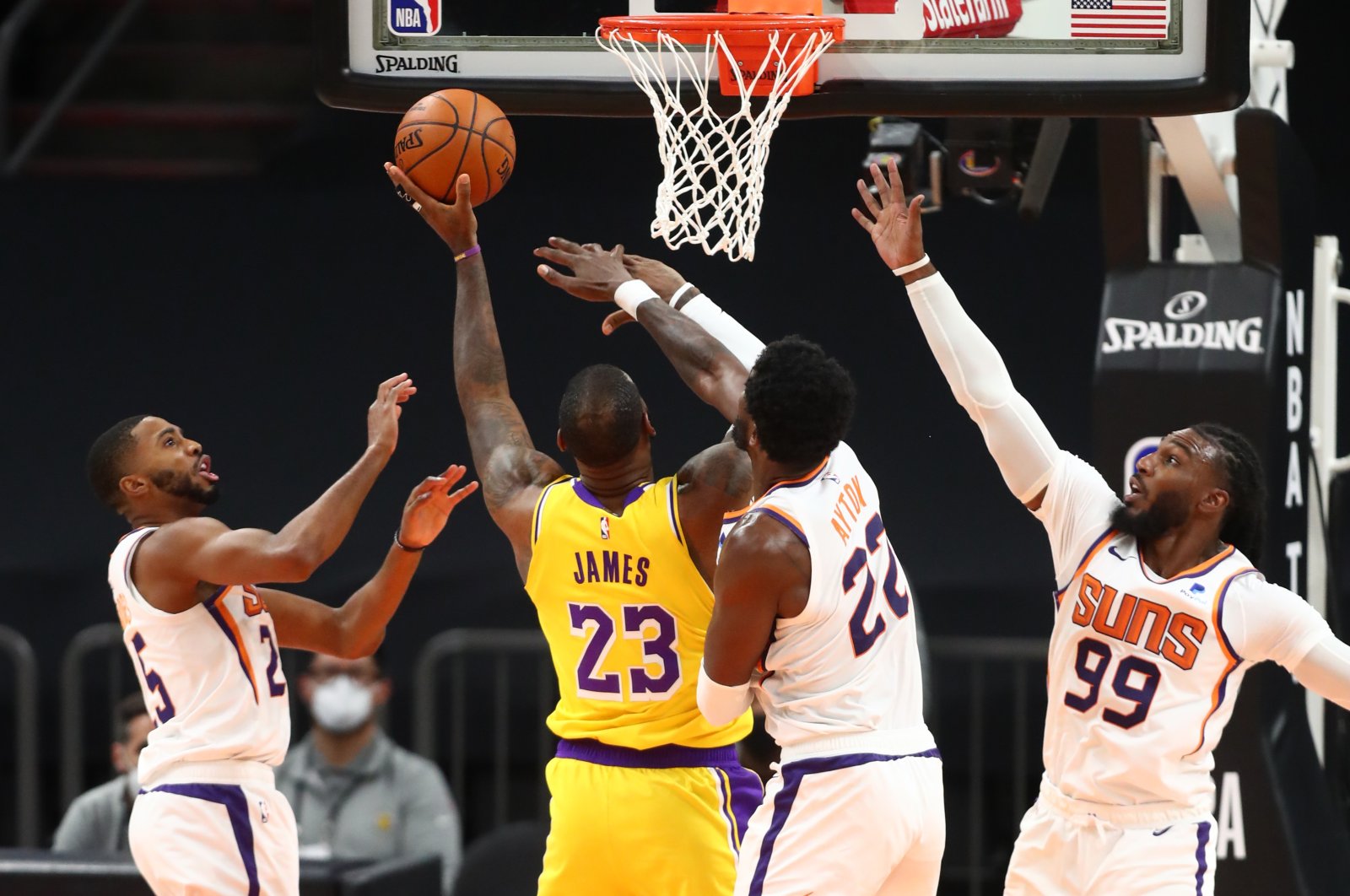 The NBA will take another step toward normalcy with the launch of its 2020-21 campaign with LeBron James and the Los Angeles Lakers, bolstered by a flurry of offseason moves, favored to repeat as champions. This season also marks four-time NBA scoring champion Kevin Durant's long-awaited Brooklyn Nets debut and Stephen Curry's return to the Golden State Warriors lineup after missing all but five games last season with a broken left hand.

After the NBA held the final three months of last season at Disney World in a so-called bubble designed to keep inhabitants safe from COVID-19, teams will resume traveling between cities for games when the regular season tips off on Dec. 22. A handful of teams plan to have a limited number of fans at games early in the season but the NBA undoubtedly hopes fewer COVID-19 cases and a successful roll-out of vaccines will allow teams to finish their campaigns in front of packed houses. While the NBA also supports Olympic participation, however, a reduced 72-game schedule followed by playoffs that could run until July 22 will almost certainly keep some players from being at the July 23-Aug. 8 Tokyo Games.

In the Western Conference, the Lakers' biggest obstacle to reaching the NBA Finals is expected to come from a Los Angeles Clippers team eager to hit the reset button following a disappointing second-round playoff exit last season. The Clippers, a talented group led by two-time NBA Finals MVP Kawhi Leonard and Paul George, have named Tyronn Lue as head coach, charging him with sorting out team chemistry and steering the squad to a maiden title like he did with Cleveland in 2016. To win the west, however, they will have to get past the Lakers, who have not been complacent since winning a record-tying 17th NBA title in October. The Lakers pounced on some of the best available players in the offseason, giving the core duo of James and Anthony Davis a much different supporting cast.

The acquisition of reigning Sixth Man of the Year Award winner Montrezl Harrell, runner-up Dennis Schroder along with veterans Marc Gasol and Wesley Matthews should all help ease some of the burden carried by 35-year-old James. The Warriors, who won three titles in five consecutive trips to the NBA Finals before missing the playoffs in 2020, will look to Curry to carry the load. His sharp-shooting teammate Klay Thompson is out for the season with an Achilles injury.

For Curry, perhaps the NBA's greatest long-range shooter of all-time, this will be his most unusual season since turning the Warriors into a powerhouse. The only other returning Warriors star is Draymond Green, with a cast of new and unproven players along for the ride.

In the Eastern Conference, the Milwaukee Bucks appear to be the team to beat so long as two-time reigning league MVP Giannis Antetokounmpo can ensure their dominant offense does not sputter when the playoffs begin as it has been known to do. After falling well short of expectations the last two years, the Bucks strengthened their status as a contender when they pulled off a blockbuster trade to acquire Jrue Holiday, one of the NBA's best two-way guards, from the New Orleans Pelicans.

The Toronto Raptors, another East contender and the NBA's only team based outside the United States, will start the season playing home games in Tampa, Florida, because of travel restrictions the Canadian government has put in place during the pandemic.

Hopes are also sky-high in Brooklyn as Durant, who has not played since rupturing his Achilles tendon in the 2019 NBA Finals while a member of the Warriors, is due to finally make his Nets debut.

If Durant, who won two NBA titles with Golden State and was named Finals MVP on both occasions, can get anywhere close to his explosive scoring touch, he and teammate Kyrie Irving could form one of the league's most dynamic one-two punches.