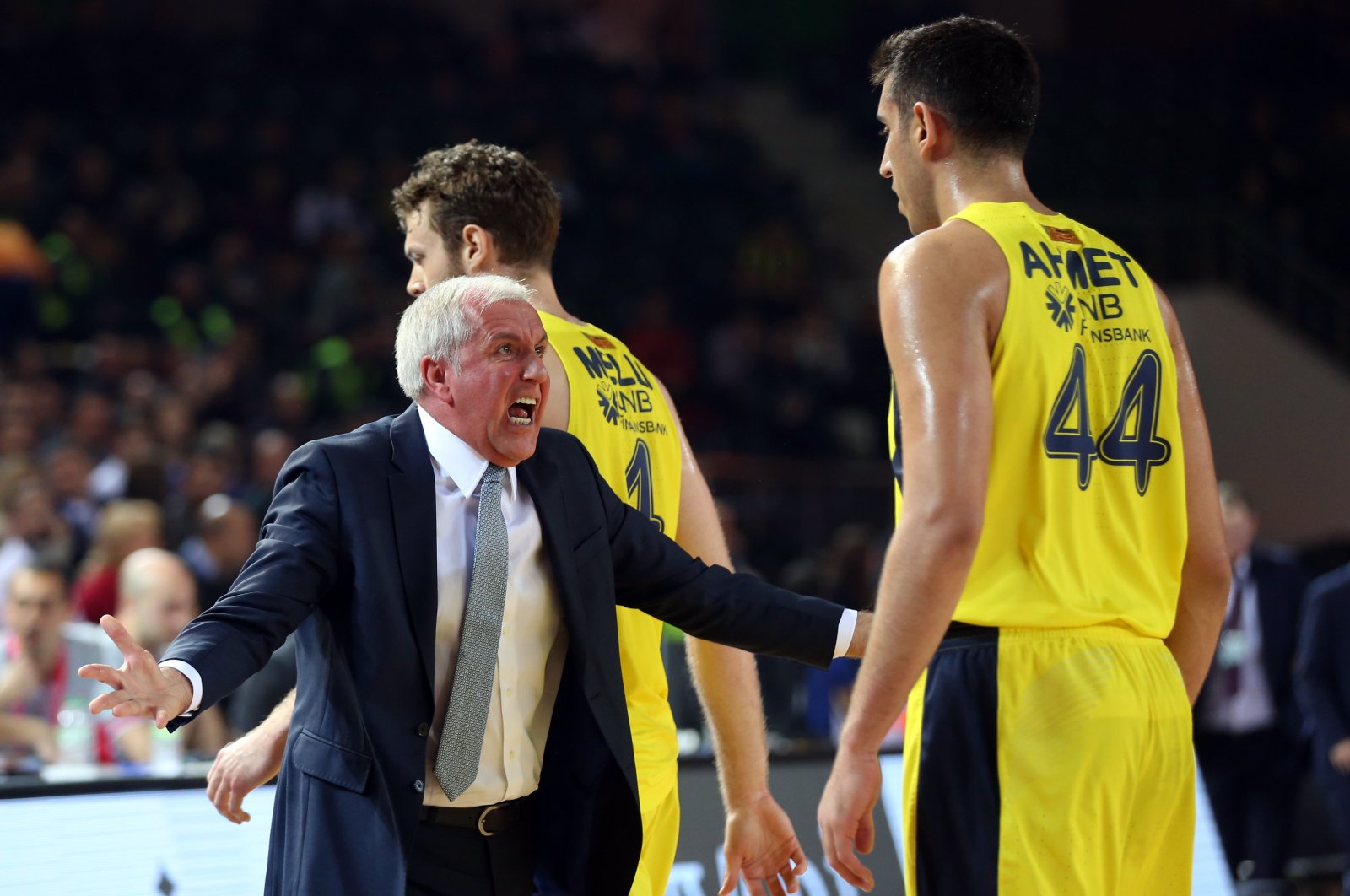 With five consecutive EuroLeague Final Four berths and four Turkish league titles between 2013 and 2020, Obradovic left his mark on Turkish basketball with his unique coaching style

Serbian head coach Zeljko Obradovic's departure from Fenerbahçe Beko after 11 trophies, including a EuroLeague title, left a bittersweet note in everyone’s hearts – and not just for fans of the club.

Beyond his achievements on the court, Obradovic left behind a legacy that helped Turkey's basketball scene grow by molding Fenerbahçe into one of the most intimidating teams in Europe during the 2010s.

Speaking to Anadolu Agency (AA), Kaan Kural, a prominent Turkish sports journalist, shared his thoughts on Obradovic's exit from Turkey and the legacy of the Serbian coach.

"His departure from Fenerbahçe was dramatic for the fans. He has a special place in the hearts of people, and his exit will make them sad. Each basketball game was like a feast for the fans. While the club's football team was not successful, the basketball team was special for supporters. They bought 7,500 season tickets in recent years. His departure from Turkey is comparable to Totti's from Roma," Kural said.

After months of speculation, Obradovic did not renew his contract last week, opting for a break in his career.

Fenerbahçe spent around 30 million euros ($33.6 million) last year to build its squad, but the club will face a budget reduction like many other basketball clubs in Europe after they were hit hard financially by the COVID-19 outbreak. This will force the club to formulate different strategies for rebuilding their squad for the next season.

''Whoever comes after Obradovic is going to have a very difficult time achieving the same success. Moreover, even if he remained at Fenerbahçe, it would have been difficult to see the same achievements next season if Fenerbahçe goes ahead with the expected budget cut,'' Kural said.

"Supporters always want to see a successful team, but the board has a responsibility to balance the budget," the journalist added.

Kural emphasized that many teams in Europe rebuild their squad every year. He said Fenerbahçe did well in the EuroLeague under Obradovic's management as the club made five Final Four appearances during this period.

This is the reason Fenerbahçe is among the top teams in Europe, such as Spain's Real Madrid and Russia's CSKA Moscow, according to Kural.

"The main goal of playing in the EuroLeague is reaching the Final Four, not becoming the champion. If you aim to win the title, you are doing it wrong," he pointed out.

The Final Four and the final are played with a single-game knockout in the EuroLeague. Therefore, each team is given the chance to win the title, which means having the best team on paper might not be enough to clinch the trophy.

''When you look at the last 10 years in the EuroLeague, the teams that offered the best performances won the titles, rather than the clubs that had the best squads. In 2012, CSKA Moscow was the best team in Europe but at the time they could not lift the title,'' Kural said. "Fenerbahçe could remain one of Europe's most prestigious basketball clubs with a lower budget just like how Lithuania's Zalgiris Kaunas achieved this in recent seasons."

Kural warned about the club's future post-Obradovic, pointing out that his legacy could become a curse if the club is not successful on the ground.

"Unfortunately, the Obradovic legacy is a bit success-oriented. If there is no success in the future, his legacy can turn into a curse. But regardless of the club's performance in the future, he left a great legacy in Turkey by helping many young people fall in love with this game and attend the matches to support their teams in the stands,'' he said.

In its last season with Obradovic, Fenerbahçe failed to meet expectations in both the EuroLeague and the Turkish Basketball League. Before the cancelation of the EuroLeague season in May due to the coronavirus pandemic, Fenerbahçe stood in eighth place, with only 13 wins and 15 defeats in 28 games.

In the Turkish league, Fenerbahçe won 17 out of 22 games to gain the third spot before the league was called off due to the virus.

"Sometimes, if there is no harmony among players, you simply can’t be successful. Obradovic's style of getting maximum efficiency from his players backfires when the team's psychology is broken. There was no self-confidence. Everyone on the team would get angry at each other. Some players were not motivated. Even the most successful teams in history had bad seasons," Kural said.

Kural believes that regardless of the games' results, Obradovic had already decided to leave the club.

''Even if Fenerbahçe had been successful last season, Obradovic would still have left. It was very obvious. It was the same process in his departure from Panathinaikos. He doesn’t want to work with lower-budget teams. He wants to work with the top team for the ultimate goal. It was already unlikely he would remain at Fenerbahçe after his contract was not renewed during the season," Kural said.

The Serbian legend won five EuroLeague titles with the Greek club Panathinaikos and claimed the Greek league crown for 11 seasons from 1999 to 2012.

Following Obradovic's departure, Fenerbahçe will turn a new page for the upcoming season with a new head coach and players to bolster the squad.

But the team has yet to announce a short list of managers to fill the void left by Obradovic.