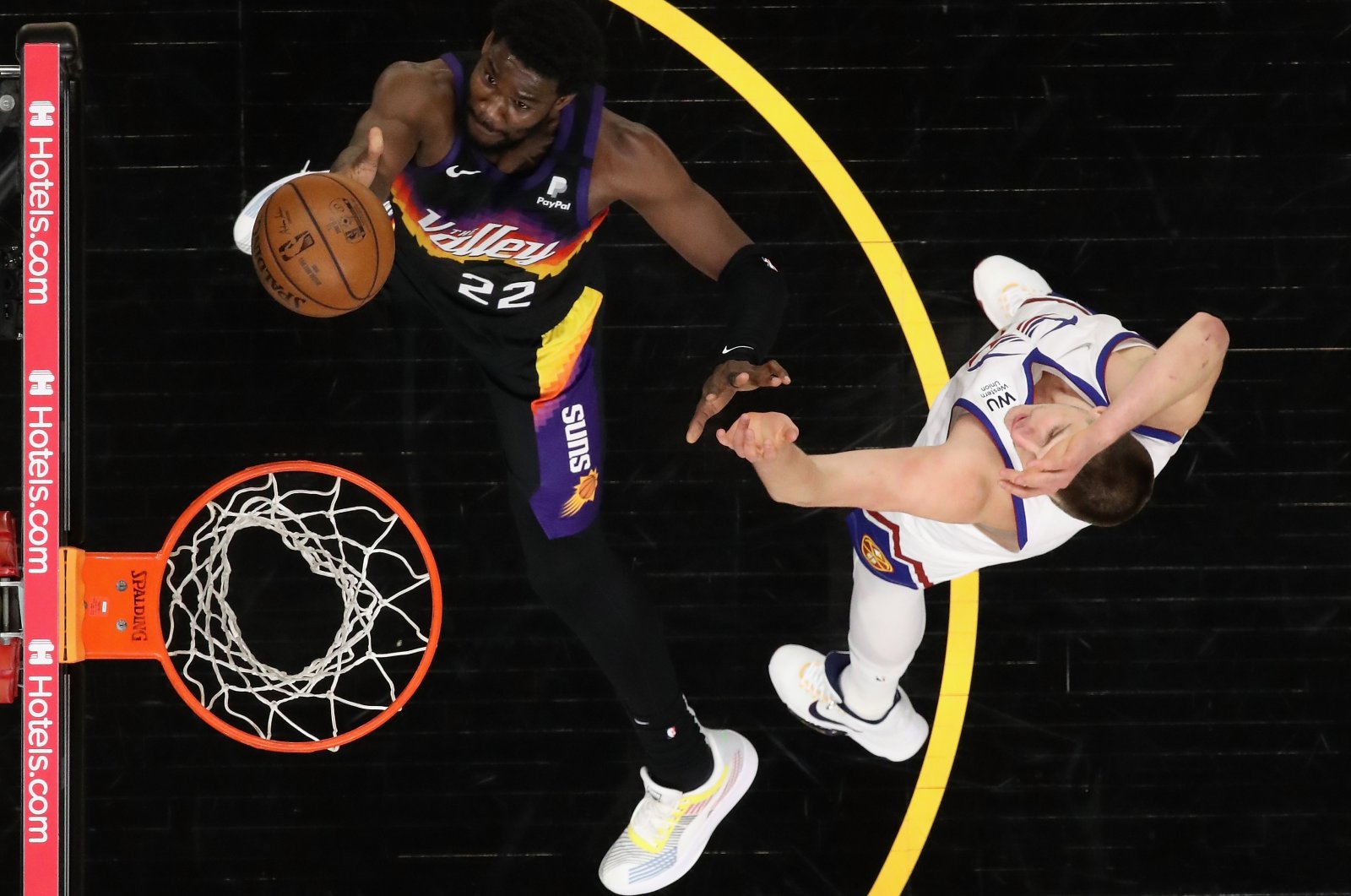 Veteran point guard Paul was the keystone of the Suns' dominant victory, pulling down five rebounds and finishing the night without a turnover.

Every Suns starter scored in double figures and Phoenix did not give the Nuggets a chance to celebrate the NBA Most Valuable Player (MVP) award that Denver center Nikola Jokic received on Tuesday.

Devin Booker scored 18 points for Phoenix. Deandre Ayton added 15 points and 10 rebounds and also kept Jokic in check for much of the night.

Jokic finished with 24 points, 13 rebounds and six assists, sitting out the fourth quarter with Phoenix in full control.

"It was a team effort, once again," Paul said.

"We knew how important this game was," he added, noting the Suns did not want to head to Denver for game three on Friday with the series split. "We just wanted to maintain home-court advantage and get the win."

Leading 52-42 at halftime, the Suns pushed the lead to 60-43 with the help of two 3-pointers from Jae Crowder.

Phoenix led 86-67 heading into the final quarter, when they pushed the lead to as many as 31 with Jokic and Aaron Gordon on the bench.

Gordon and Crowder both received technical fouls after a testy exchange in the third quarter, but the incident was just a blip in the Suns' march.

The Nuggets clearly continue to miss Jamal Murray – out with a torn knee ligament – and Jokic got little aid from his banged-up supporting cast.

Denver missed eight of their first 10 shots and things went downhill for them from there.

Michael Porter, who hurt his back in game one, played 27 minutes and put up 11 points – but connected on just three of 13 shots from the field.

Will Barton, sidelined since April with hamstring trouble, came off the bench in the first quarter and scored 10 points in 16 minutes.

But Nuggets coach Michael Malone was offering no excuses when he called the game "embarrassing."

"I saw one team that wanted to be here, played with purpose and urgency, and one team that did not want to be here and played with no urgency – and that's why we got our ass kicked," Malone said after the Nuggets lost by the biggest margin they surrendered all season.

"We've got a lot of guys that played really bad tonight," Malone said. "And we allowed the impact of not making a shot to affect the other end."This was just an embarrassing performance all the way around, from top to bottom."

After home games where they were buoyed by an enthusiastic crowd, Paul said the Suns must "make sure we travel with the same energy."

"We've been a really good road team all season long," Paul said. "We'll rest and try to get ready for the Mile High."