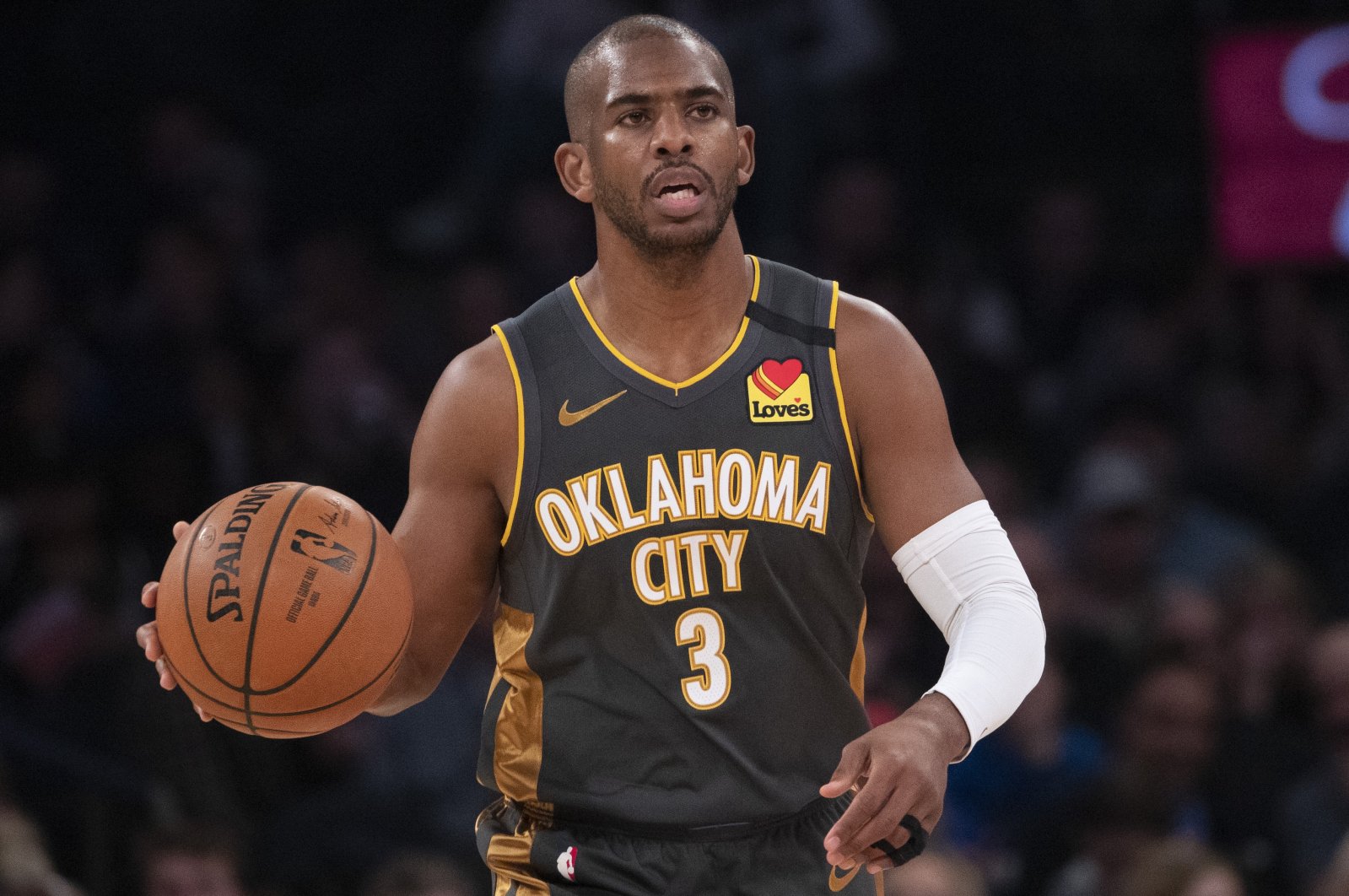 Chris Paul had just finished practice when he was informed of the coronavirus outbreak in the Miami Marlins, forcing the postponement of at least two Major League Baseball games and an emergency call between all 30 team owners.

Paul, the Oklahoma City All-Star point guard and National Basketball Players Association president, said the situation reminded him of the NBA in March, when a Thunder-Jazz game was abruptly called right before tipoff because Utah center Rudy Gobert had tested positive for COVID-19.

Paul then echoed the sentiment that others across the Orlando campus have expressed: He is glad the NBA's restart is being held inside the Walt Disney World "bubble."

"I know, right now, this seems to be the safest way possible (to play)," Paul said.

Baseball's immediate stumbling block is a stark contrast to American sports playing in a controlled environment. The 22 NBA teams invited to its restart have been at Disney World for almost three weeks, with zero positive tests reported among the 346 players tested daily between July 13 and July 20.

NBA players and coaches credit the league's stringent protocols for keeping everybody safe and healthy.

In addition to daily testing, team personnel are required each morning to measure and record their temperature, oxygen saturation levels and any irregular health symptoms in a cellphone app connected to the league.

Some are wearing an Oura ring, which can detect early signs of coronavirus. Scanning a Disney wristband is required to enter facilities around the campus, and an electronic device attached to credentials starts beeping when people get within 6 feet (1.8 meters) of each other. If a player leaves the bubble for an excused absence such as a family emergency, they must immediately quarantine when they return.

There is even an anonymous tip line available if somebody on campus is spotted breaking a rule.

"When you hear about (baseball) coaches or players coming down with this in their environment, it makes you think how grateful we have been here in the NBA," Suns coach Monty Williams said. "You think about those guys and their families, those guys and whatever long-term effects may come because of this virus.

"But I'll reiterate it as much as I have to: The (NBA) has done so much to keep us safe. And, to be honest with you, the guys – the players, staff, everybody here – has done an unreal job of just trying to follow protocol. Everybody here is trying to make this thing work. And I think the players, for sure, should be commended for that."

In recent days, players and coaches have been asked to wear masks while speaking during virtual media availabilities, now that more people are gathering at game and practice sites. Bench seats during games will be spaced out across multiple rows, and staff members sitting behind the first row are required to wear masks.

"What the NBA has done in the environment that we are all in is spectacularly brilliant," Philadelphia coach Brett Brown said. "I think it's elite. You can't just, to me, create a better environment – one of safety, one of professionalism – than what we have experienced."

But what about the 2020-21 NBA season, which is expected to be played outside a bubble? Training camps are scheduled to open Nov. 10, with the regular season beginning Dec. 1. There is no guarantee a coronavirus vaccine or improved treatment will be widely available, or that the U.S. will have truly flattened its curve by then.

Paul said discussions within the NBPA have not yet gotten that far.

And though baseball is already demonstrating how difficult it can be to play professional sports out in the real world, the NBA bubble remains intact.

"Right now, it's working," Houston coach Mike D'Antoni said. "You just keep holding your breath, and we keep trying to do the right thing. We can't get complacent, because it does seem really safe."