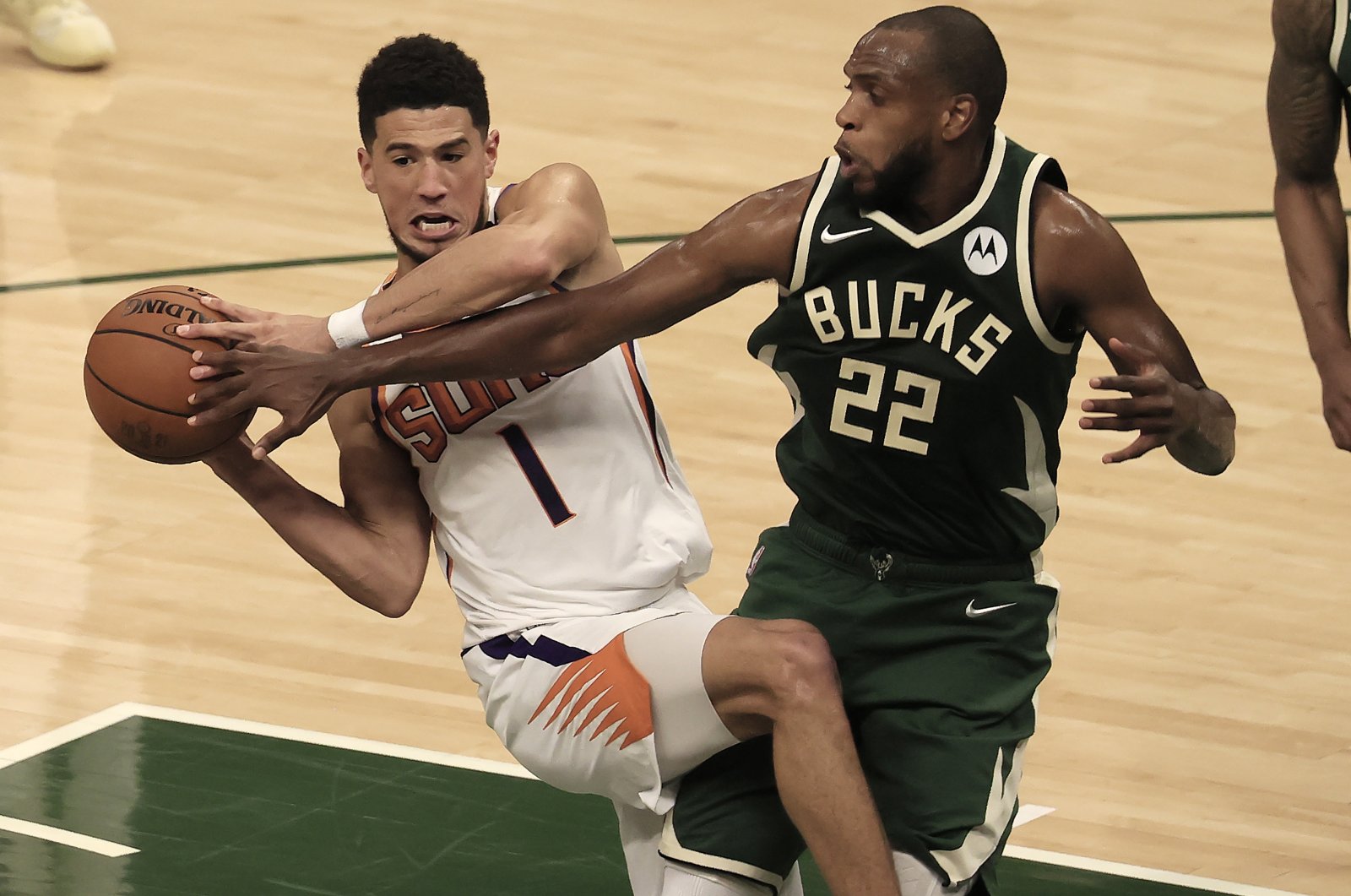 After the Game 3 defeat in NBA Finals, a scorched Phoenix Suns will be looking to hold off a resurgent Milwaukee Bucks and forward Giannis Antetokounmpo as they head to Game 4 on Wednesday.

The 26-year-old Greek star scored 41 points and grabbed 12 rebounds to lead the host Bucks to a game three win on Sunday and Milwaukee can level the best-of-seven series at 2-2 with another home triumph Wednesday.

"It's on us to stop him, give him more resistance," Suns forward Cam Johnson said. It's tough to balance that physicality, especially when he's coming at you so hard.

"But you just got to do it. We're capable of doing it. We know that. We'll go back, look, see what we need to change and change it."

The Suns will need to adjust to boost their hopes of the first NBA title in their 53-year history.

"We know we got to be better," said Johnson. "There's a lot of frustration anytime you lose. You can see it on everybody's face. It's a terrible feeling.

"That feeling is going to motivate us to get back out there, get ready for the next one and go right back at them."

The Suns have been resilient in the playoffs, winning nine playoff games in a row after back-to-back losses to the Los Angeles Lakers in the opening round.

"We got to be the desperate team next game. We got to bring the fight to them," Johnson said. "We've got to come back and execute better and play with more physicality.

"We've shown we can do it. It takes poise. We knew this one wasn't going to be easy. (Milwaukee) is a team that's desperate, that wants to fight."

Antetokounmpo has consecutive 40-point games, aided in game two by foul trouble on Suns center Deandre Ayton, whistled for five violations for the first time in the playoffs.

"It affected us obviously, but we have to weather the storm," Suns forward Jae Crowder said. "We have to adjust.

"We had to throw a lot of different things at them and it led to us scrambling. We have enough bodies to get that job done. We just got to do it collectively and be better individually.

"We got to man up and do what we've been doing all year, respond to a defeat, to things not going our way."

"He had a good game going, but the foul trouble didn't allow for him to continue it," Williams said. "We expect him to play that way again.

"He'll grow from this. I promise you he will. We have to understand how the refs are calling the game and then adjust to that."

Suns guard Devin Booker, who sizzled in game two, went 3-of-14 from the floor and scored only 10 points in Sunday's loss.

"I can get better (shots). We'll make that happen," Booker said.

"We're going to get back right and be ready Wednesday. We have to come in with the energy and effort. The 50/50 balls, offensive rebounds, protect the paint. That's why it's a series. We have some room for improvement.

"We have to bring that same effort we had in the first two games and I think we'll be in good shape."

Booker received a pep talk from Williams during the lopsided loss.

"Just talking to him about the game, the force we have to play with," said Williams. "Their aggression, their defense. They keyed on him. He missed some shots. He'll bounce back."

"I'm sure he'll be ready to go. We've got to be ready to match that," said Budenholzer. "You can't relax."

He also knows Antetokounmpo must keep attacking no matter who defends him.

"He's in an aggressive mindset," said Budenholzer. "We need a lot from him and that's what he does."

"We got to get back to playing our kind of basketball consistently," Williams said. "We got to come up with the 50/50 balls. We got to box out better. That's on us. We can't blame anybody else for that."