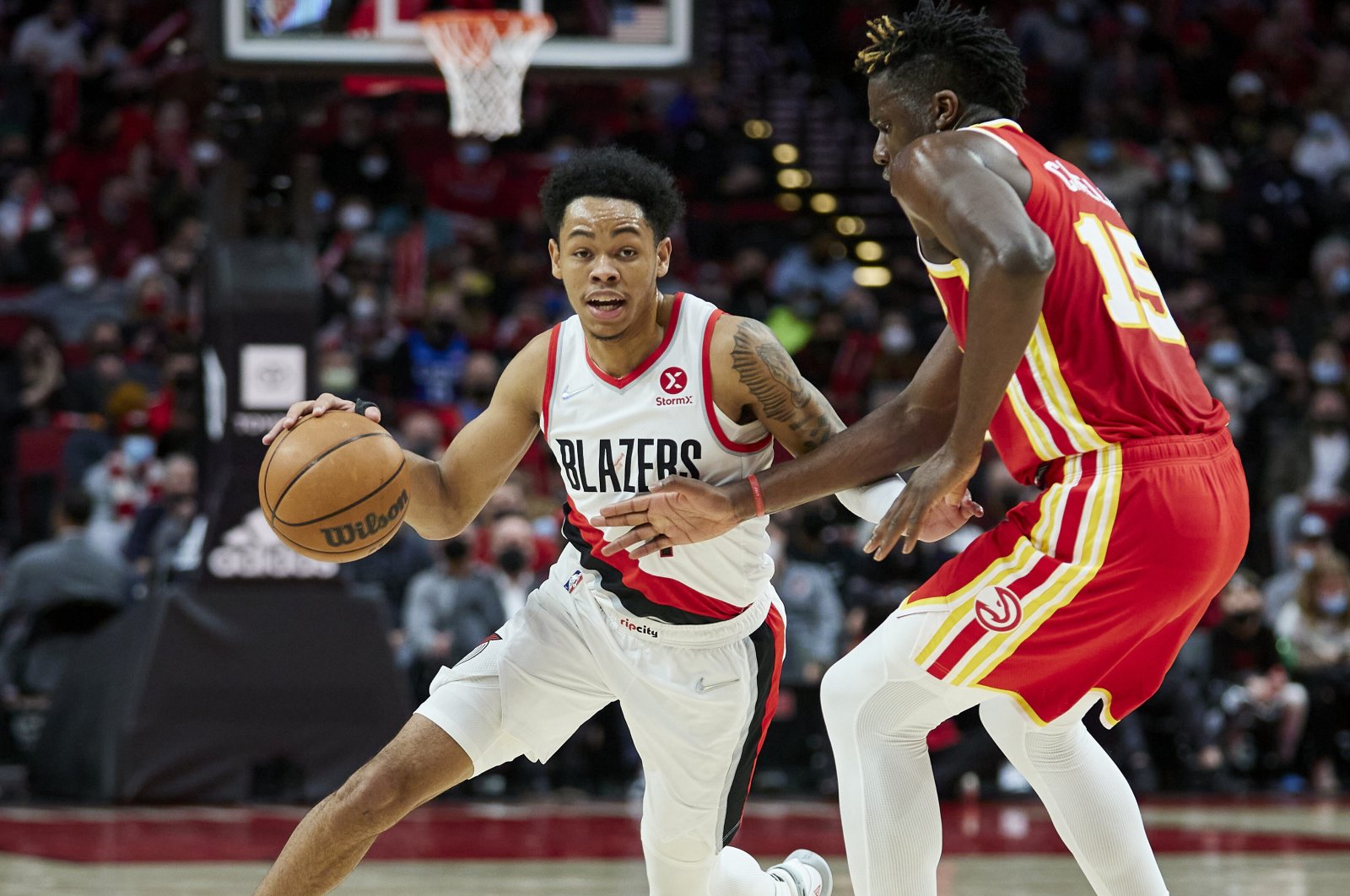 Portland Trail Blazers ended a four-game NBA losing streak after Anfernee Simons' career-best 43 helped them to a 136-131 win over the Atlanta Hawks on Monday.

Simons shot 13 of 21 from the floor, drained nine of 16 from the 3-point line and sank all eight of his free throws in front of a crowd of 15,100 at the Moda Center arena.

"I don't care about nothing besides the fact we lost, so it sucks I had this type of night on a loss because at the end of the day that's all that matters to me," said Young. "I just wish we would have won."

His 56 points surpassed Kevin Durant's 51-point performance for the Nets at Detroit on Dec. 12. Golden State's Stephen Curry and Boston's Jaylen Brown have also had 50-point games this season.

Young also became the first player with 50-plus points and 14-plus assists in an NBA game since James Harden did it with the Houston Rockets in 2016.

The game marked Young's second 50-point performance of his career, as he previously scored 50 against Miami on Feb. 20, 2020.

Trail Blazers coach Chauncey Billups was back on the bench after missing three games due to COVID-19 measures.

Norman Powell scored 26 points and Nassir Little added 22 in the win for Portland.

Elsewhere, Joel Embiid posted his third career triple-double with 31 points, 15 rebounds and 10 assists to power the Philadelphia 76ers past the struggling Houston Rockets 133-113.

"We can beat anybody on any given night," Embiid said.

Garrison Mathews scored a team-high 23 points, while Eric Gordon and Jae'Sean Tate each scored 14 and Josh Christopher had 13 for the Rockets, who have lost eight straight.

Jalen Green and David Nwaba chipped in with 12 apiece and Kenyon Martin Jr. had 11 points.

Philadelphia played without Tyrese Maxey, Matisse Thybulle and head coach Doc Rivers as they were sidelined because of COVID-19 measures. Assistant coach Dan Burke served as the acting head coach for the second consecutive game.

"He was not going to let us lose that game," Burke said of Embiid.

Philadelphia needed a 41-29 third quarter to put some distance between themselves and the Rockets, the worst team in the Western Conference.

"Whether it's me pushing the ball, attacking, or finding guys, I thought it's been great," Embiid said.

In Washington, Bradley Beal and Kyle Kuzma led a late rally and combined for 71 points as the Washington Wizards beat the Charlotte Hornets 124-121.

Kuzma had 36 points and 14 rebounds and Beal posted 35 points, while Daniel Gafford finished with 15 points and 11 rebounds for the Wizards, who were coming off a one-point loss to the Chicago Bulls on Saturday night.

Davis Bertans and Corey Kispert added 14 and 12 points in the win.

Washington came back from a double-digit deficit in the second half, by scoring nine consecutive points to grab a seven-point lead in the final minute.

In the late game in San Francisco, Jordan Poole and Gary Payton combined for 46 points as the Golden State Warriors overcame a subpar performance from Stephen Curry to outlast the visiting Miami Heat 115-108.

Curry shot just one for 10 on 3-pointers and three for 17 overall to finish with just nine points.