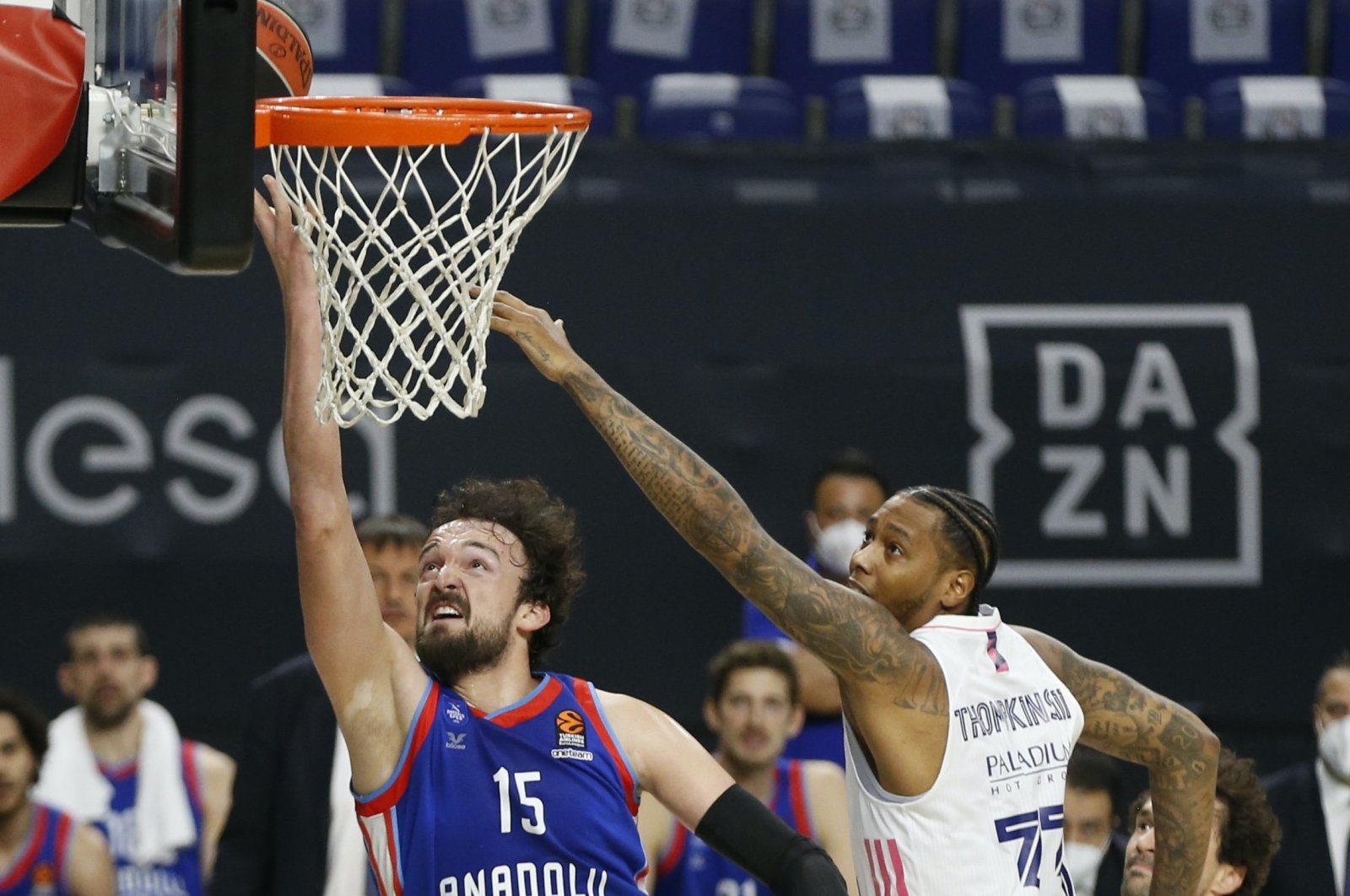 Barcelona published a video on Twitter confirming the 29-year-old signing.

Şanlı visited the Spanish club's museum and the Camp Nou Stadium, before officially signing a deal that runs until 2023.

The Turkish center was joined by Barcelona President Joan Laporta at the signing ceremony.

Şanlı was a key member of the Anadolu Efes side that won the Turkish Basketball Süper Lig and the Turkish Airlines EuroLeague titles last season. He performed particularly well in the Final Four.

However, Şanlı averaged 15.5 points and 5 rebounds in the Final Four held in Germany's Cologne to help the Istanbul side win its first EuroLeague title.