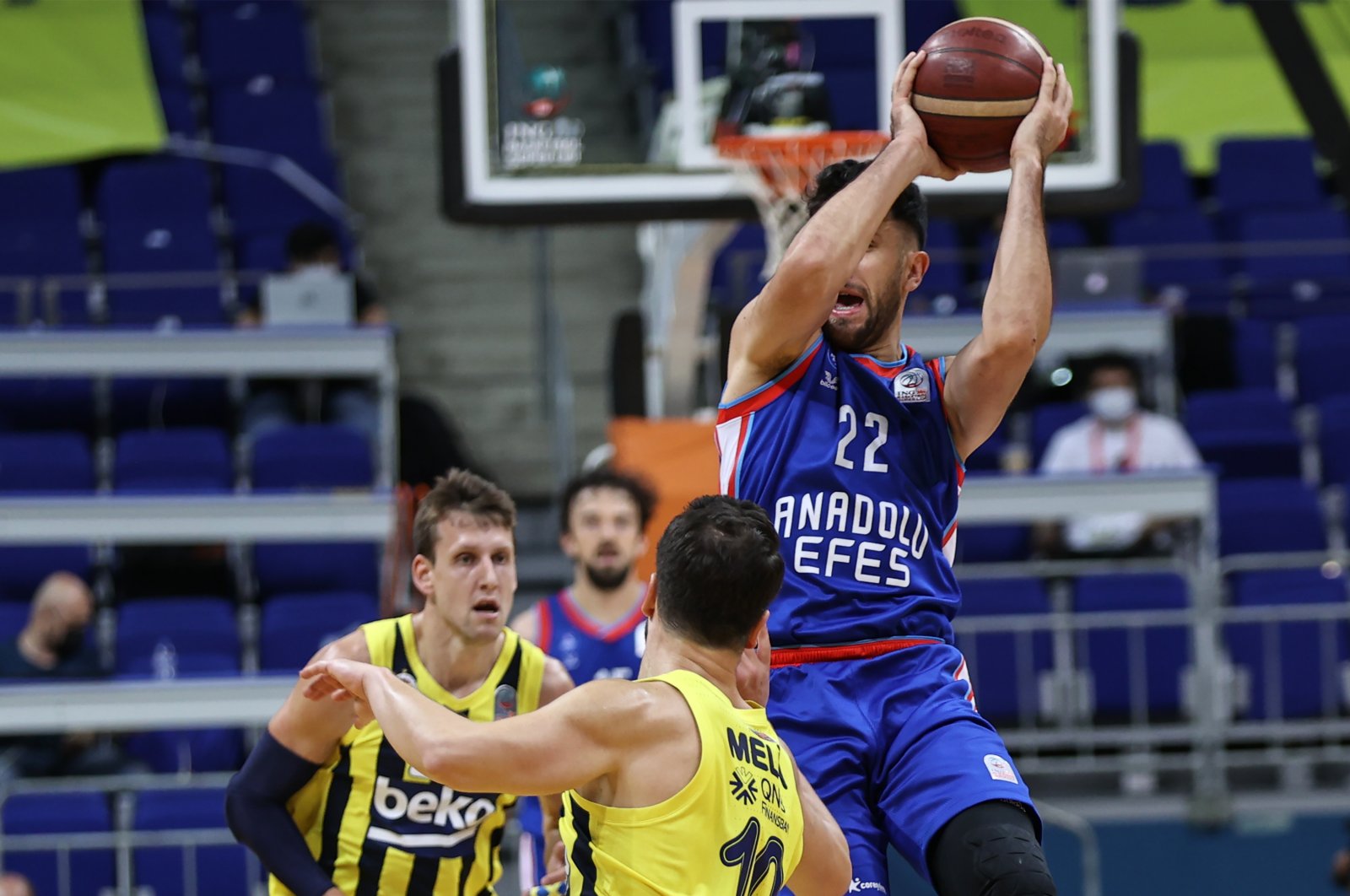 With the comfortable 93-66 win at Fenerbahçe's home Ülker Sports Arena, Efes captured the championship for the 15th time in its history.

Fenerbahçe Beko had a better start to the game with a 25-21 lead in the first quarter but Anadolu Efes took control in the second quarter, which ended 44-32 in their favor.

Anadolu Efes dominated the second half and won the series with a huge game by Rodrigue Beaubois, who scored 30 points.

Buğrahan Tuncer also racked up 13 points and Vasilije Micic scored 11 for the visitors.

For the losing side, Nando de Colo scored 19 points, while Alex Perez came off the bench to drop 10 points.

With this victory, Anadolu Efes completed its epic 2020-2021 season with two major trophies, including the Turkish Airlines EuroLeague title.

Anadolu Efes clinched its maiden Turkish Airlines EuroLeague title by beating Barcelona 86-81 at Lanxess Arena in Cologne, Germany, on May 30.

Efes is the second Turkish team to win the EuroLeague after Fenerbahçe’s Final Four victory back in 2017.

The victory made every player on the team a champion for the first time, with Ergin Ataman becoming the first Turkish-born head coach to lift the trophy.