Utah Jazz wins 8 in a row after Jordan Clarkson heroics 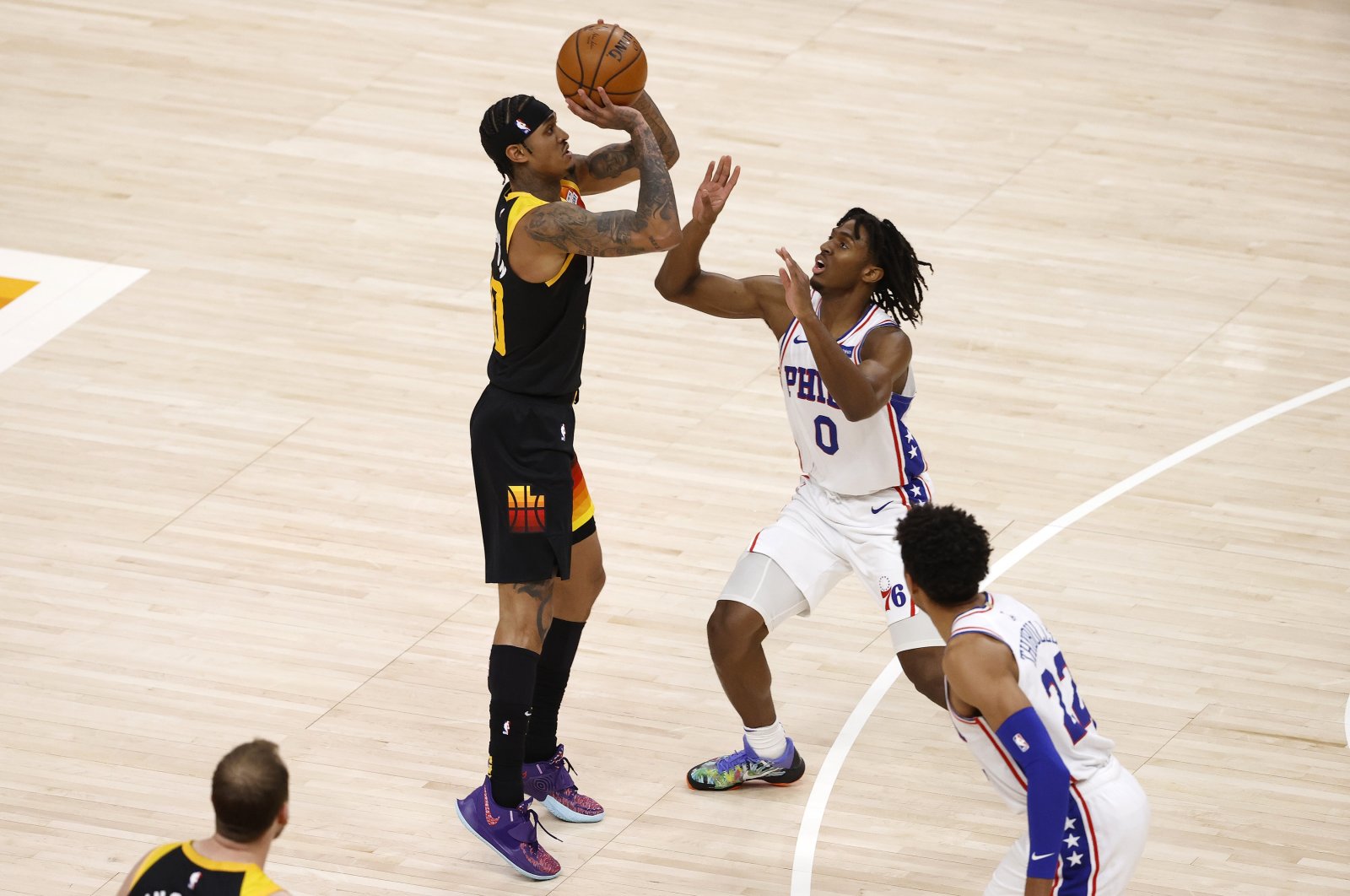 Jordan Clarkson helped the Utah Jazz overcome big nights by Ben Simmons and Tobias Harris while leading the NBA's hottest team to a 134-123 win over the Philadelphia 76ers in Salt Lake City on Monday night.

Clarkson came off the bench to score a team-high 40 points, two shy of his career-high and the most with the Jazz, to lift Utah to its eighth straight win and the 19th victory in 20 games in a matchup of the teams with the best records in the West and East.

Playing without Joel Embiid, a late scratch because of back tightness, the Sixers managed to make a competitive contest thanks to a near-triple-double effort by Simmons (42 points, 12 assists, nine rebounds) along with 36 points and 10 rebounds from Harris.

Harris scored 5 points in a row late in the fourth to cut the Jazz lead, once as big as 16 points, down to 113-109. But Donovan Mitchell made a driving score, and then Clarkson hit three free throws and drained a 3-pointer during an 8-2 run for Utah.

James Harden made six 3-pointers while recording 29 points, 14 assists and 13 rebounds as Brooklyn prevailed despite the absence of Kevin Durant (hamstring). The Nets, who attempted 47 treys, shot 57.4% from behind the arc and 57.3% overall.

Hassan Whiteside accumulated season bests of 26 points and 16 rebounds for the Kings, who lost their fourth consecutive contest. Cory Joseph added a season-best 22 points and Buddy Hield made six 3-pointers while scoring 21 points.

In San Francisco, Stephen Curry had 36 points in 30 minutes and Draymond Green tied his career-high with 16 assists, lifting the Golden State Warriors to a 129-98 victory over Cleveland Cavaliers.

In Indianapolis, Zach LaVine continued to be prolific and clutch as he scored a game-high 30 points to lead Chicago Bulls to an overtime 120-112 victory over Indiana Pacers.

LaVine scored 12 of the Bulls' final 15 in regulation and both Garrett Temple and Coby White scored clutch buckets in the extra period to help Chicago secure its first road win over the Pacers since March 29, 2016.

LaVine recorded his 12th 30-point game of the season and eclipsed the 20-point mark for the 13th consecutive game.

Beal made 14 of 24 shots from the field and Davis Bertans sank five 3-pointers to highlight his 18-point performance for the Wizards, who posted consecutive wins for just the second time this season.

Russell Westbrook, who was acquired in the December deal that sent Wall to Houston, recorded a triple-double while playing in both games of a back-to-back set for the first time this season. Westbrook had 16 points – albeit on 8 of 22 shooting from the floor – to go along with 15 assists and 13 rebounds.

Ivica Zubac added 22 off the bench for the Clippers, who went 15-of-32 from long distance against the Heat. Morris did his part in keeping them on the pace when he scored 26 in the first half, including 6-of-7 from beyond the arc.