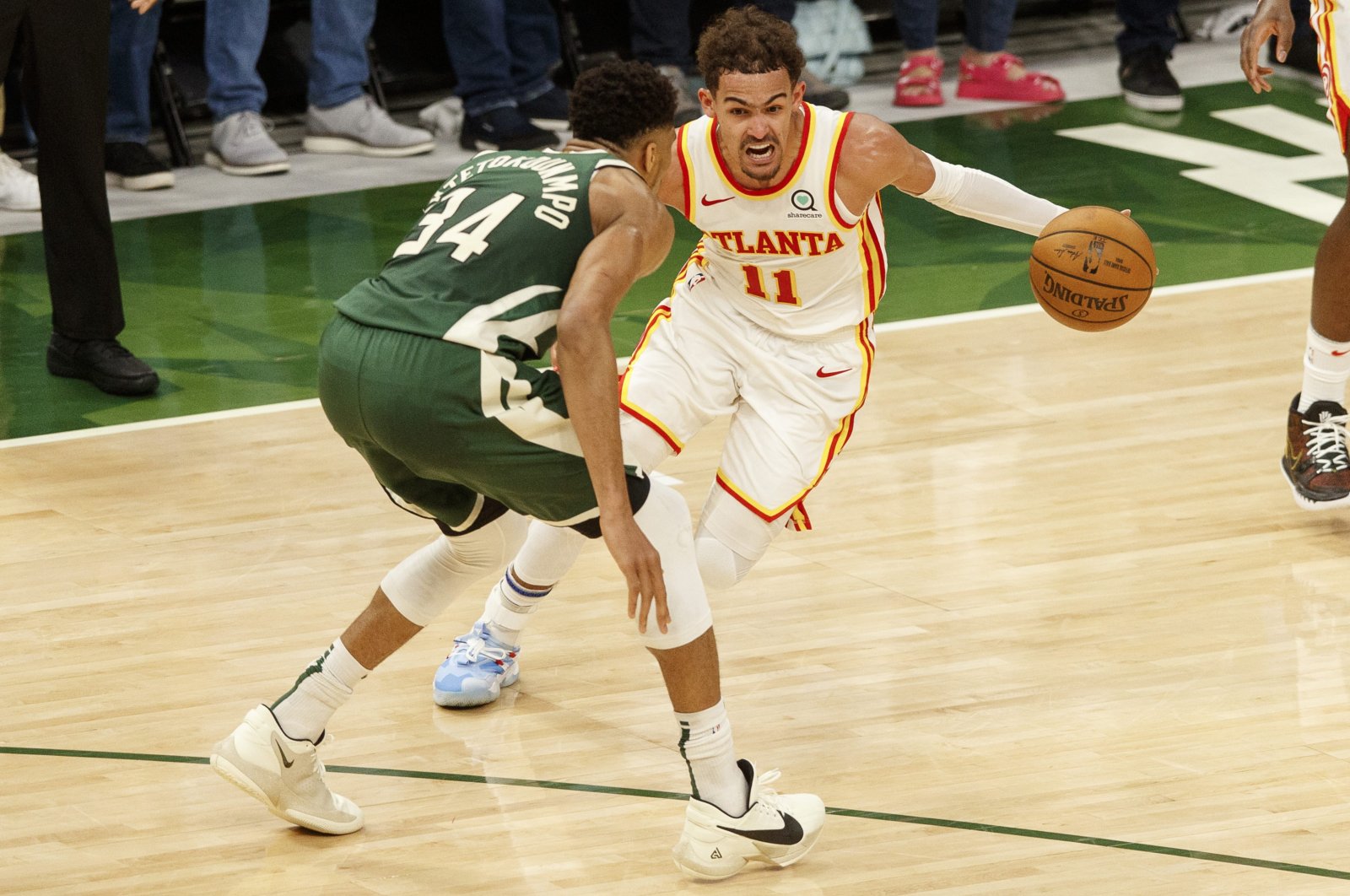 The Hawks improved to 6-2 in road playoff games this year and handed the Bucks their first home loss of the postseason.

"I felt we've built ourselves to be able to play on the road,” Hawks coach Nate McMillan said. "I've told them that. They're built for this.”

Game 2 is Friday night in Milwaukee.

Young was two points off his career-high.

John Collins added 23 points and 15 rebounds for the Hawks. Clint Capela had 12 points and 19 rebounds and he also converted a go-ahead putback with 29.8 seconds left.

Khris Middleton missed a potential tying 3-pointer in the closing seconds. Although Middleton scored 15 points, he shot 6 of 23 and missed all nine of his 3-point attempts.

Antetokounmpo scored the first six points in a 9-0 run that turned a 98-96 deficit into a 105-98 advantage with 4:18 left. Holiday capped that spurt by sinking a 3-pointer after Antetokounmpo got the rebound on his own missed free throw.

But the Hawks scored the next five points, and the game went back and forth from there.

Middleton missed a pull-up jumper with about 43 seconds left with Milwaukee up 111-110. Young missed a driving layup attempt, but Capela grabbed his 19th rebound and scored to put the Hawks ahead for good.