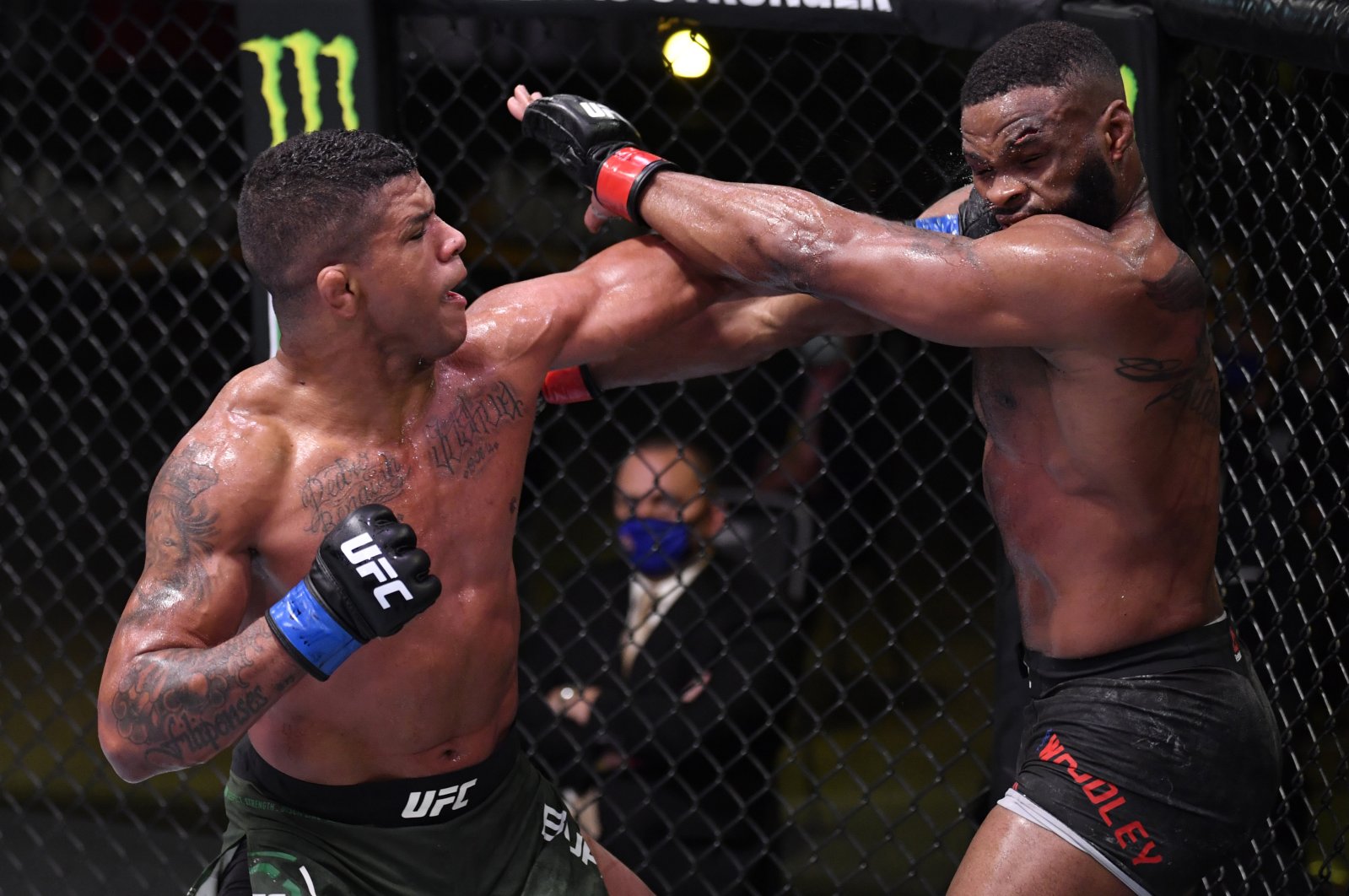 Brazilian heavyweight, Augusto Sakai, employed some unpunished gamesmanship to eke out a split-decision victory over Bulgaria’s Blagoy Ivanov in the penultimate bout of the UFC’s first show in its hometown since the coronavirus pandemic began.

The event was held without fans at the UFC Apex, a gym with broadcast facilities on the promotion’s corporate campus. The UFC used minimal personnel to stage the fight, and the promotion said everyone involved was subject to strict health and safety protocols.

The 33-year-old Burns (19-3) dominated on his feet and on the ground, finishing his first main-event bout with likely the biggest win of his career and his sixth consecutive victory since July 2018. The Florida-based Brazilian soundly defeated one of the most accomplished welterweights in UFC history and made his case for a shot at champion Kamaru Usman in the crowded 170-pound division.

Burns came out with furious energy against Woodley, dropping the ex-champ in the opening seconds and gaining full mount. A gaping cut opened in Woodley's left eyebrow in the opening minutes, and Burns again overcame Woodley's famously strong takedown defense to drop Woodley again in the second round.

Woodley (19-5-1) had not fought since losing his title in a one-sided thrashing from Usman in March 2019. Woodley had reigned atop the division for nearly three years, and the 38-year-old University of Missouri graduate said he dealt with depression while debating whether to stay in MMA or to pursue a music career.

Burns was fighting in a fan-free arena for the second time in 2 1/2 months. He stopped veteran Demian Maia in Brasilia on March 14 in the UFC’s final show before it halted competition.

After an eight-week break, the UFC returned to competition earlier this month with three shows over eight days in Jacksonville, Florida. With ambitions to hold near-weekly cards throughout the summer as part of its expansive broadcast deal with ESPN, the promotion relocated its operations to its own facilities after the Nevada Athletic Commission agreed three days ago to allow the return of combat sports.