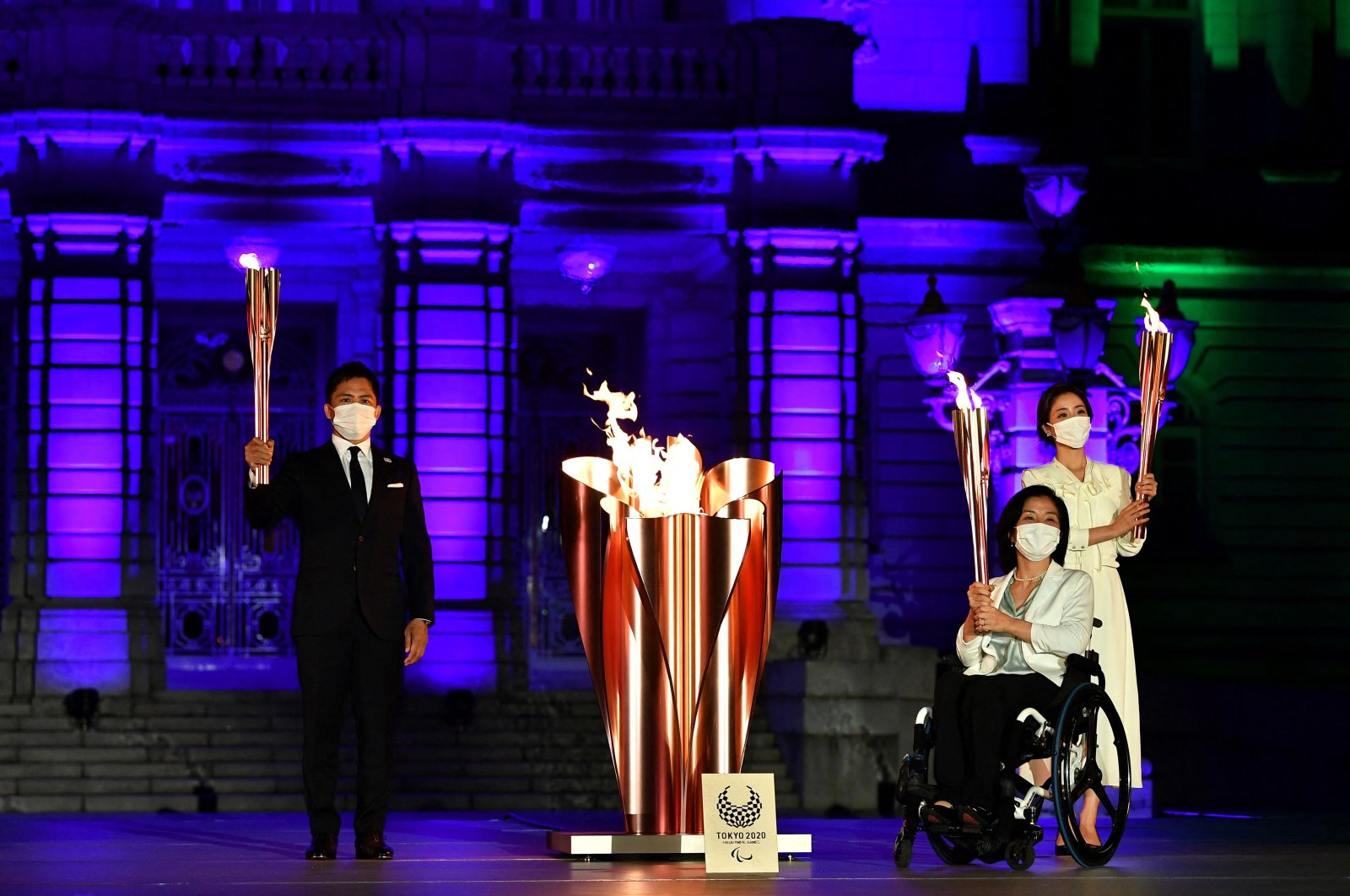 The country's daily infections topped 25,000 for the first time Thursday, with the number of severe cases also higher than ever as the nation battles a fifth wave driven by the more contagious Delta variant.

As Tokyo prepares to host the top sporting event for athletes with disabilities, organizers urged participants to follow virus rules with increased vigilance.

"The infection situation today is different to how it was before the Olympics. It has deteriorated," said Tokyo 2020 official Hidemasa Nakamura.

"And the local medical system is also in a very tight situation," he told reporters after a meeting of experts to discuss COVID-19 measures.

"Para athletes, compared to Olympic athletes, risk having even more serious symptoms, so we need to be even more careful."

Flame-lighting ceremonies were held without spectators across the capital Friday after the traditional torch relay was scrapped over fears that crowds could spread infections.

Over the past week, multiple Paralympic flames have been transferred from torch to torch at similar scaled-back events across the country.

These flames were combined at an evening ceremony in Tokyo attended by top officials including Prime Minister Yoshihide Suga.

"From the bottom of my heart, I am looking forward to being able to share excitement with everyone as Para athletes from around the world do their best," Suga said.

International Paralympic Committee chief Andrew Parsons said the Games would show "that there is light at the end of the dark tunnel we have all experienced over the last 20 months."

Earlier in the day, a huge version of the red, blue and green Paralympic agitos symbol was brought to the Tokyo bay area on a barge, replacing the five rings which were towed away after the Olympics.

The pandemic-delayed Olympics were held mostly behind closed doors, with athletes tested daily and confined to their accommodation and Games venues.

These conditions will largely be replicated at the Paralympics, which open Tuesday with around 4,400 athletes set to compete in 22 sports.

So far, 86 positive tests have been recorded among Paralympics participants, mostly among Japan-based employees and contractors.

Organisers insist the Olympics did not cause any significant increase in virus cases in Japan, with 546 cases detected out of tens of thousands of athletes, officials and media.

An estimated 88% of those in the Paralympic Village are vaccinated, according to organizers.

Around 40% of Japan's population is fully vaccinated.