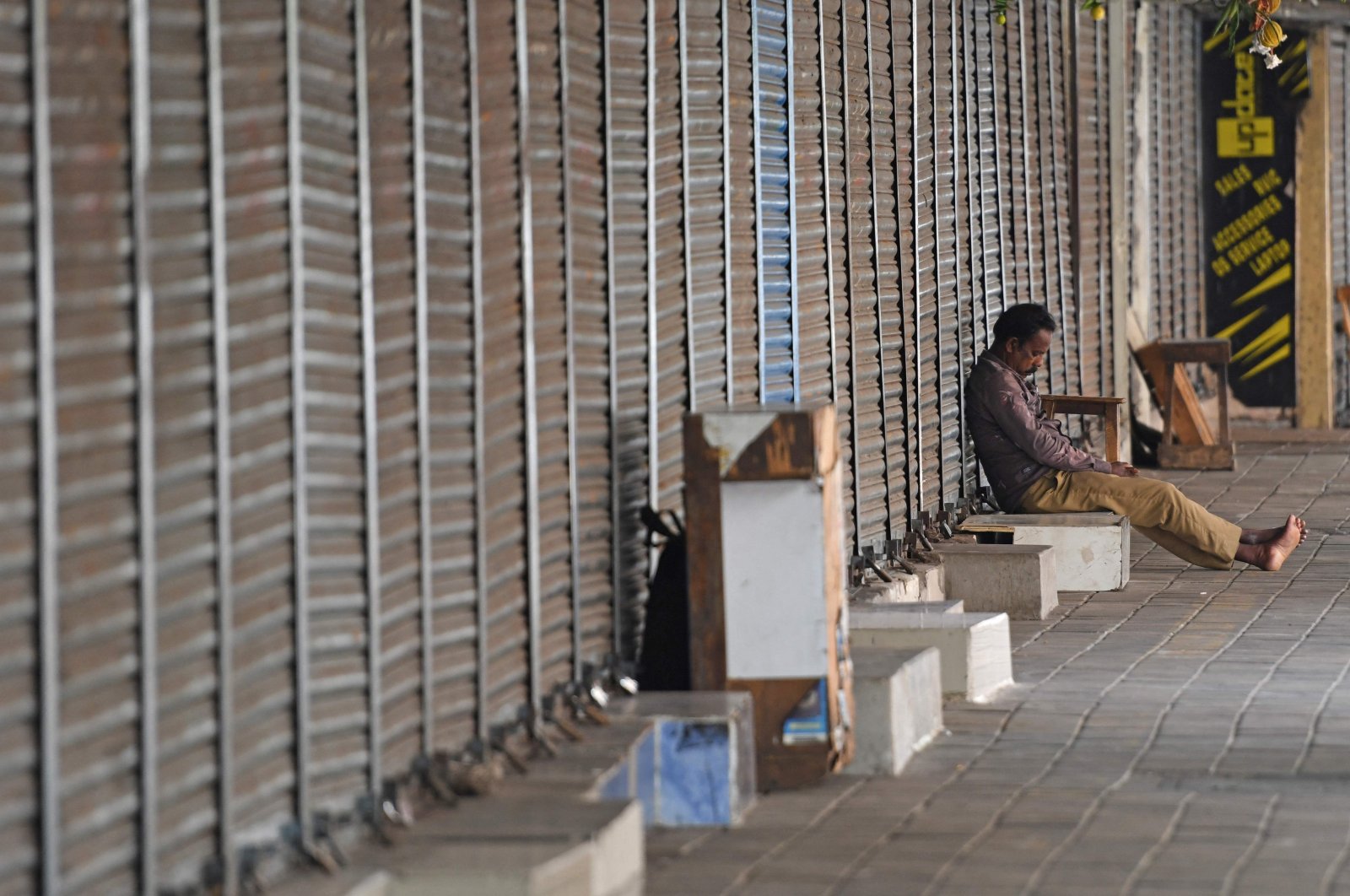 A man takes a nap amid closed shops during the Sunday lockdown imposed as a preventive measure against the spread of the COVID-19 coronavirus, Chennai, India, April 25, 2021. (AFP Photo)
by REUTERS Apr 25, 2021 1:16 pm
RECOMMENDED

The Indian Premier League (IPL) came under fire after organizers said Sunday the lucrative tournament will continue despite the country grappling with a massive surge in coronavirus cases.

The New Indian Express and a sister publication said Sunday they had decided to suspend its IPL coverage, while hundreds of fans lambasted the league on social media.

An IPL governing council member told Reuters the league has "a robust bio-bubble" and is being played without fans which made it safe to continue.

"IPL provides a much-needed distraction for all from the doom and gloom around us," the official said, requesting anonymity.

"Yes, cases have surged in venues like Delhi, but we have two standby venues in Hyderabad and Indore and we'd use them if needed."

India's number of COVID-19 cases surged by 349,691 on Sunday, a new global record, and hospitals in Delhi and across the country are turning away patients after running out of medical oxygen and beds.

The Chennai-based New Indian Express said its decision to suspend coverage was "a small gesture toward keeping the nation's attention focused on life and death issues."

Australia's Adam Gilchrist, who led now-defunct Deccan Chargers to their maiden IPL victory in 2009, also waded into the debate.

"Best wishes to all in India. Frightening Covid numbers. #IPL continues. Inappropriate? Or important distraction each night? Whatever your thoughts, prayers are with you," tweeted the former test player.