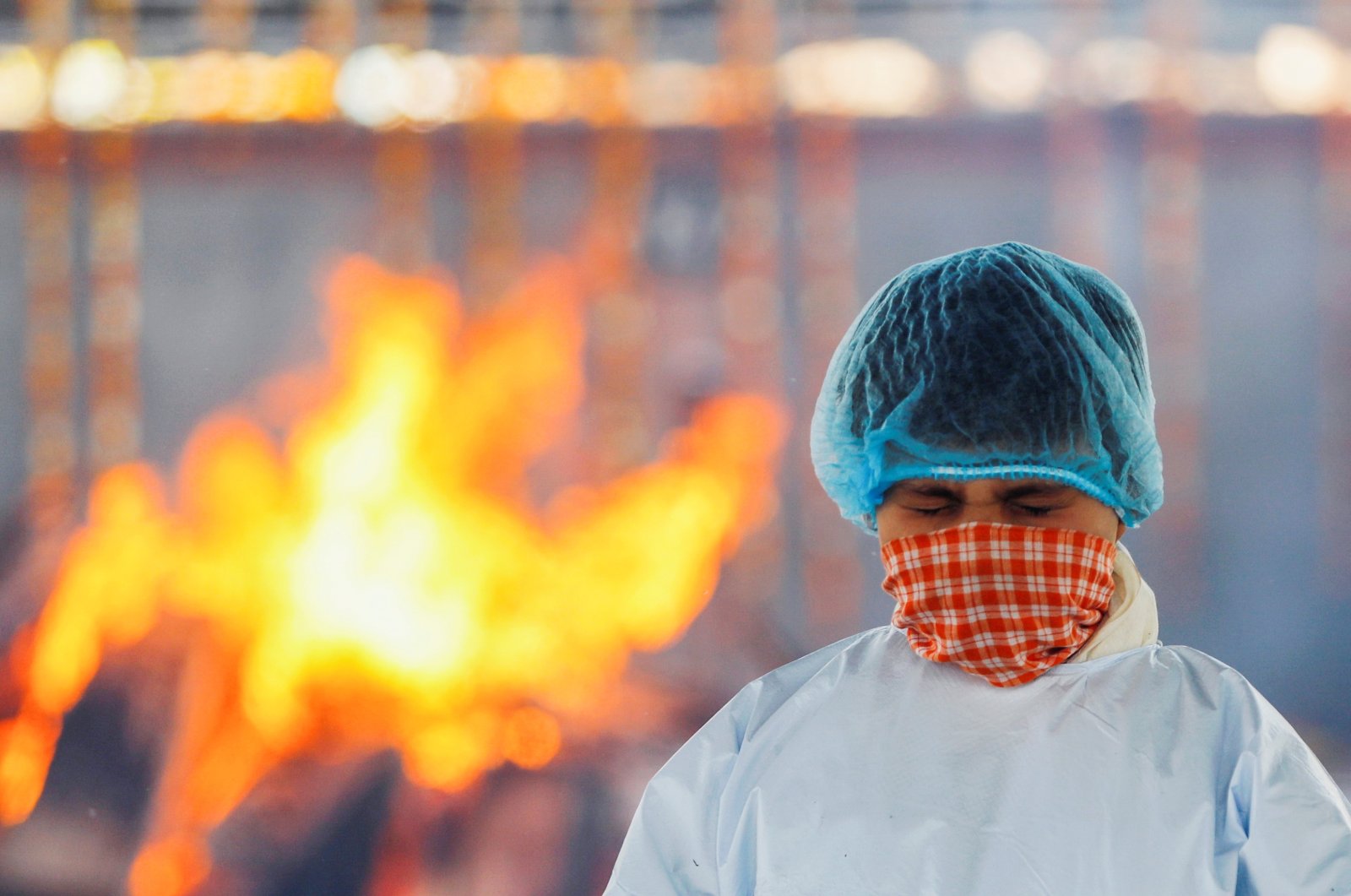 India registered another global coronavirus record on Sunday after it registered single-day cases of 349,691 in the last 24 hours, as lack of oxygen supplies continues to make life harsher each day in the country of over a billion people.

The overall tally is now 16.9 million and the death toll stands at 192,311, including a record 2,767 deaths, according to the Health Ministry.

A staggering surge in infections of more than 300,000 daily since Thursday has put the health system under severe strain, resulting in a massive shortage of oxygen in hospitals.

While the government is scampering to find solutions as dwindling oxygen supplies have been a major factor in the spike in fatalities, the government has employed the air force and railways to transport oxygen tankers.

The situation is more concerning in New Delhi, which has recently entered lockdown and where hospitals are facing a serious shortage. Several hospitals have approached the Delhi High Court because of shortages and a number of hospitals have stopped taking new patients.

With 20 patients dead in one hospital late Friday because of the low oxygen supply, the Delhi court on Saturday warned it would "hang" anyone who tries to obstruct oxygen supplies to hospitals in the capital.

The court also referred to increasing cases as a "tsunami."

The government is facing tough questions for the grim situation throughout the country as it is being blamed for failing to manage the second deadly wave of the pandemic.

With more fatalities reported across the country, cities are reporting far larger numbers of cremations and burials, with makeshift crematoriums opening.