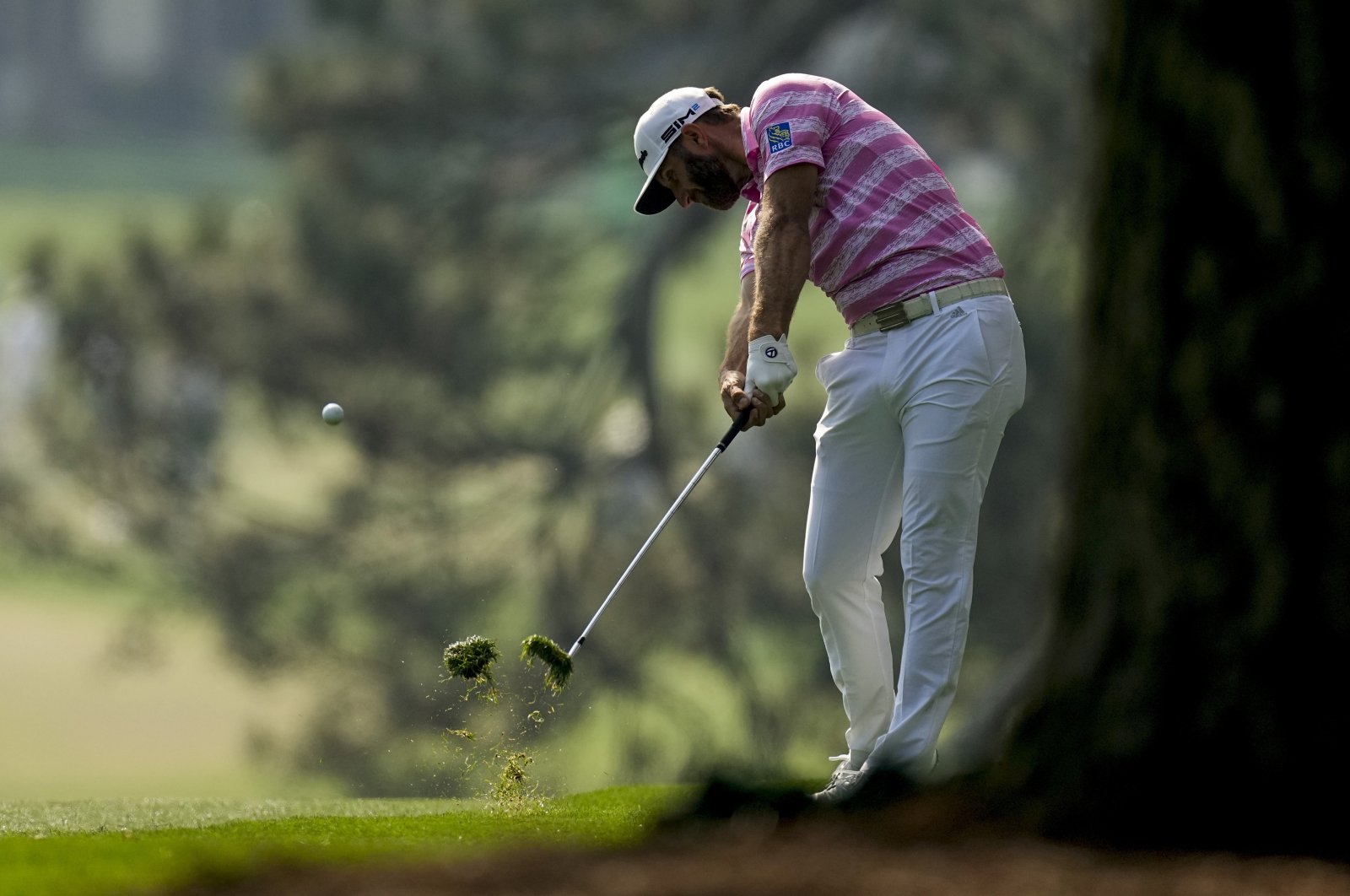 Top-ranked defending champion Dustin Johnson teed off Thursday at the Masters looking to become only the fourth back-to-back winner at Augusta National as the battle for the green jacket began.

"I've seen a few of the young guys with that 'Deer in the headlights' look after seeing a few of these greens," England's Paul Casey said.

Johnson, who fired a course-record 20-under par 268 to capture last November's COVID-delayed Masters in rain-softened conditions, could join Tiger Woods, Jack Nicklaus and Nick Faldo as the only back-to-back Masters winners, the first since Woods in 2001-02.

Augusta National welcomed the first spectators at a major championship since 2019 after COVID-19 forced a ban on fans last year. A limited number of patrons, reportedly about 12,000, were allowed under virus safety protocols.

American Hudson Swafford, in the first group on the course, birdied the par-5 second and par-3 fourth and made the turn 2-under before falling back with a bogey at the 10th.

South Korean Kim Si-woo birdied the second and third but a bogey at the fourth left him on 1-under in an early lead pack that included Japan's Hideki Matsuyama, England's Ian Poulter, Australian Jason Day and Mexico's Abraham Ancer.

Elder joined retired champions Jack Nicklaus and Gary Player as an honorary starter. The 86-year-old American made history by playing in the 1975 Masters.

"This by far exceeds anything that has ever happened to me in golf," Elder said.

Elder was helped to his feet and stood with his driver during an ovation but left honorary tee shots to Nicklaus and Player.

"Some world-class players are going to look like fools out here if this course stays firm and fast," said sixth-ranked American Xander Schauffele.

"If I didn't think I could win, I wouldn't be here," Koepka said.

Westwood, a runner-up at The Players Championship and Bay Hill last month, will try to replace Nicklaus as the oldest champion from his 1986 win at age 46.

Close behind Johnson to the first tee were Rory McIlroy, a four-time major champion, seeks a victory to complete a career Grand Slam, and playing partner Jon Rahm, the world number three from Spain and a new father.

World number 12 McIlroy has tried to simplify his swing and unclutter his thoughts, the 31-year-old from Northern Ireland working with new coach Pete Cowen.

Rahm only arrived at the course on Wednesday after his wife gave birth to their first child on Saturday, the Spaniard hoping a relaxed mind can offset a lack of practice time.

Three other contenders are off in the afternoon's final three trios.

Second-ranked Justin Thomas, the 2017 PGA Championship winner, can overtake Johnson for world number one with a victory. The Players Championship winner has finished progressively better in every Masters start, placing fourth last year.

Reigning U.S. Open champion Bryson DeChambeau, a winner at Bay Hill, brings his long-driving style to Augusta with a prototype driver in his bag and plans to challenge par-5 and long par-4 holes from his very first tee shot.

Three-time major champion Jordan Spieth, who snapped a four-year win drought last week in Texas, hopes to don the green jacket as he did in 2015.

Absent this week is Woods, who is at home in Florida recovering from major leg injuries suffered in a February car crash.