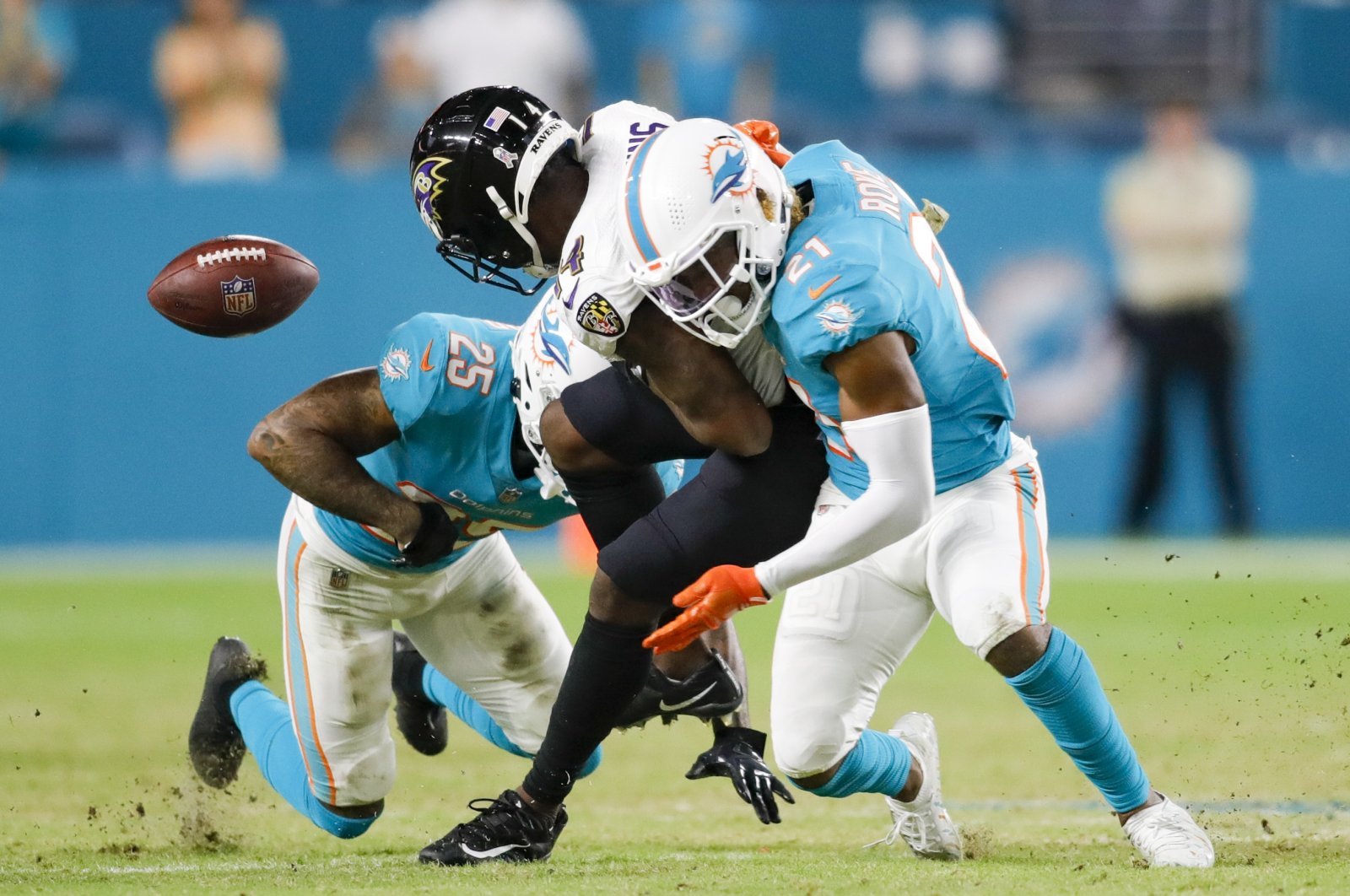 The Miami Dolphins could be looking to make the NFL's AFC East race compelling with six games remaining on the schedule, but they may have to rely upon a solid defense as their offense has been less than explosive, especially in the three games they won so far.

Xavien Howard forced a fumble, recovered it and ran 49 yards for a touchdown, leading the host Miami Dolphins to a 22-10 upset win over the Baltimore Ravens on Thursday night.

Quarterback Tua Tagovailoa, who entered the game after Jacoby Brissett injured his right knee early in the third quarter, scored on a late 1-yard run to put the game away. Tagovailoa missed two straight starts due to a fractured middle finger on his throwing hand.

Miami (3-7) won its second straight game, and offensive lineman Liam Eichenberg was one of its heroes, recovering two fumbles by Dolphins quarterbacks.

Baltimore (6-3) entered the game as a seven-point favorite. But the Ravens were shut down most of the night.

Ravens quarterback Lamar Jackson completed 26 of 43 passes for 238 yards and one touchdown. Jackson ran for 39 yards and was sacked four times, and he threw an interception with 43 seconds left in the game.

Baltimore wide receiver Sammy Watkins had a couple of costly plays, including the fumble returned by Howard in the fourth quarter. In the first quarter, Watkins pulled up short on a catchable pass at the back of the end zone, and Baltimore had to settle for a field goal.

The Ravens led early as Justin Tucker made a 46-yard field goal to cap Baltimore's first drive. But he missed wide right on a 48-yarder later in the first, snapping a streak of 14 straight made field goals.

Miami tied the score on Jason Sanders' 31-yard field goal. The Dolphins reached Baltimore's 5-yard line on the drive, but a holding penalty stalled the march.

Sanders added a 22-yard field goal with three seconds left before halftime, giving Miami a 6-3 lead. A busted Ravens coverage led to a 52-yard pass to Isaiah Ford, and that set up Sanders' second field goal.

After a scoreless third, the Dolphins extended their lead to 9-3 with 12:38 left in the fourth as Sanders connected from 29 yards. Four different Dolphins offensive linemen were penalized during that drive, including Robert Hunt, who caught a pass and tumbled into the end zone before being called for being an ineligible receiver.

After Howard's touchdown gave Miami a 15-3 lead, Baltimore rallied thanks to a pair of dubious personal-foul penalties on the Dolphins for hits on Jackson.

The Ravens took advantage, getting a Jackson 5-yard touchdown pass to Mark Andrews with 4:12 left in the fourth. The extra point capped the 99-yard drive and cut Baltimore's deficit to 15-10.

But Miami came back as another busted Ravens coverage led to a 64-yard pass to Albert Wilson. That led to Tagovailoa's 1-yard run with 2:20 left.

Miami won their season opener against the New England Patriots, and with the last game of the season being a rematch in Miami on Jan. 9, there could potentially be a Wild Card berth at stake.