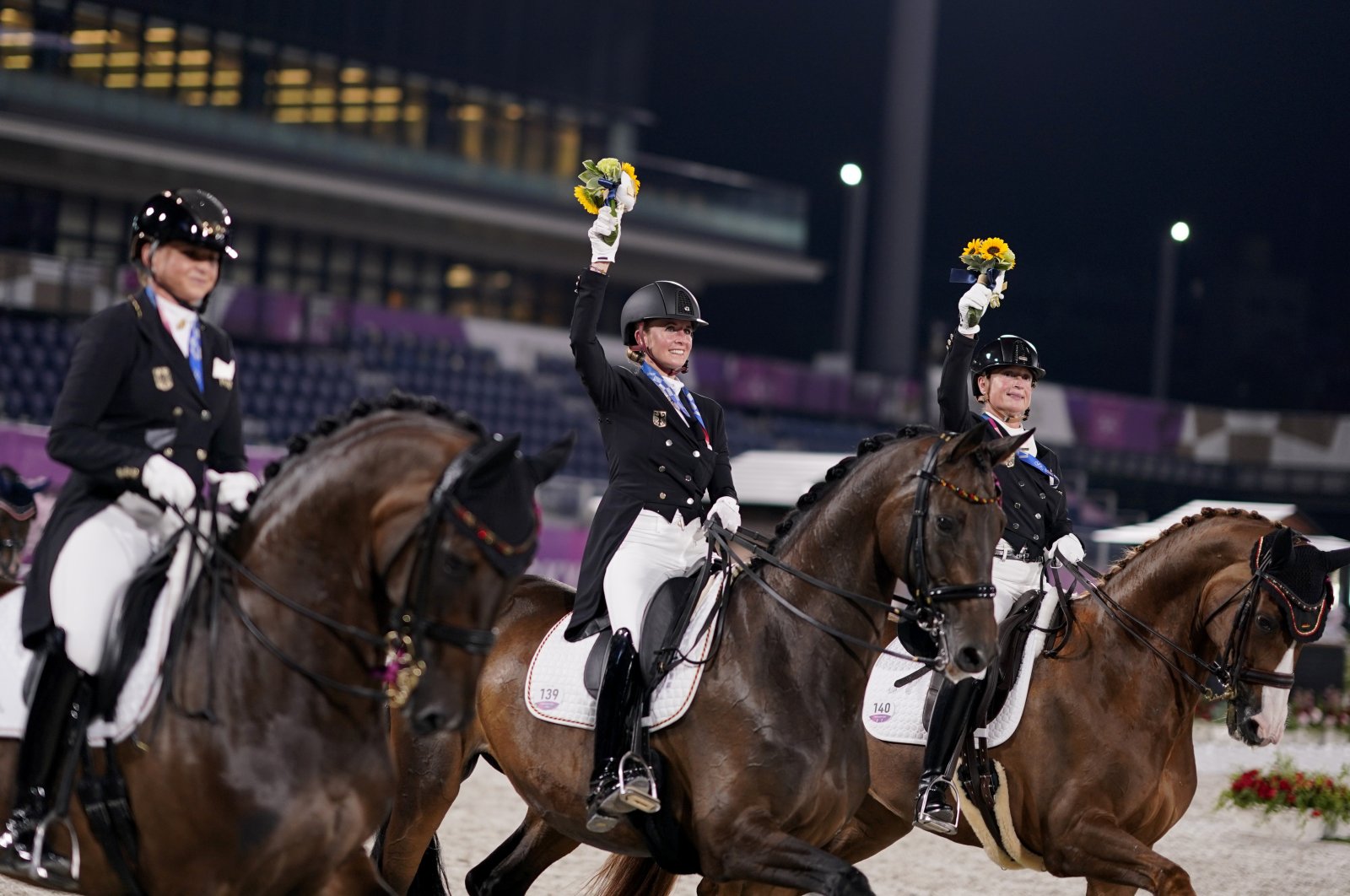 The trio of riders was led by world No. 1 Isabell Werth, Jessica von Bredow-Werndl, who set an Olympic record and Dorothee Schneider.

Germany has won every Olympic dressage team gold since 1984, apart from 2012 when Britain snatched it on home turf.

Already the most decorated Olympian in her sport, Werth got her 11th medal competing on mare Bella Rose to Ludwig van Beethoven's Ode to Joy.

"I am totally happy about Bella," she said after her ride. "I don't know how she could have done better."

Werth told reporters the choice of the music, which also serves as the European Union anthem, was in no way meant as a snub to her competitors from Britain, which voted in 2016 to leave the EU.

Schneider, 52, stepped on the top spot of the podium Tuesday just weeks after a traumatic accident in which the horse she was riding died underneath her and she broke a collar bone.

"It's exactly what I wanted for my team ... I cried when I came out, gave Mopsie a big hug and just thanked him from the bottom of my heart," 57-year-old Peters said, referring to his gelding Suppenkasper by his nickname.

"It's an incredible feeling when an animal fights for you in the arena."

Dujardin, who won individual dressage gold in 2016, will defend that title on Wednesday on Gio, who has replaced her now-retired horse Valegro with whom she celebrated some of her biggest wins.

"This might be a bronze, but it's really like a gold medal because I feel like (Gio) has given me absolutely everything," she said of her relatively inexperienced horse. "He's going to get better and better."

Equestrian Olympic sports have no gender-based categories and women and men compete on equal terms, often into and even beyond their 50s.