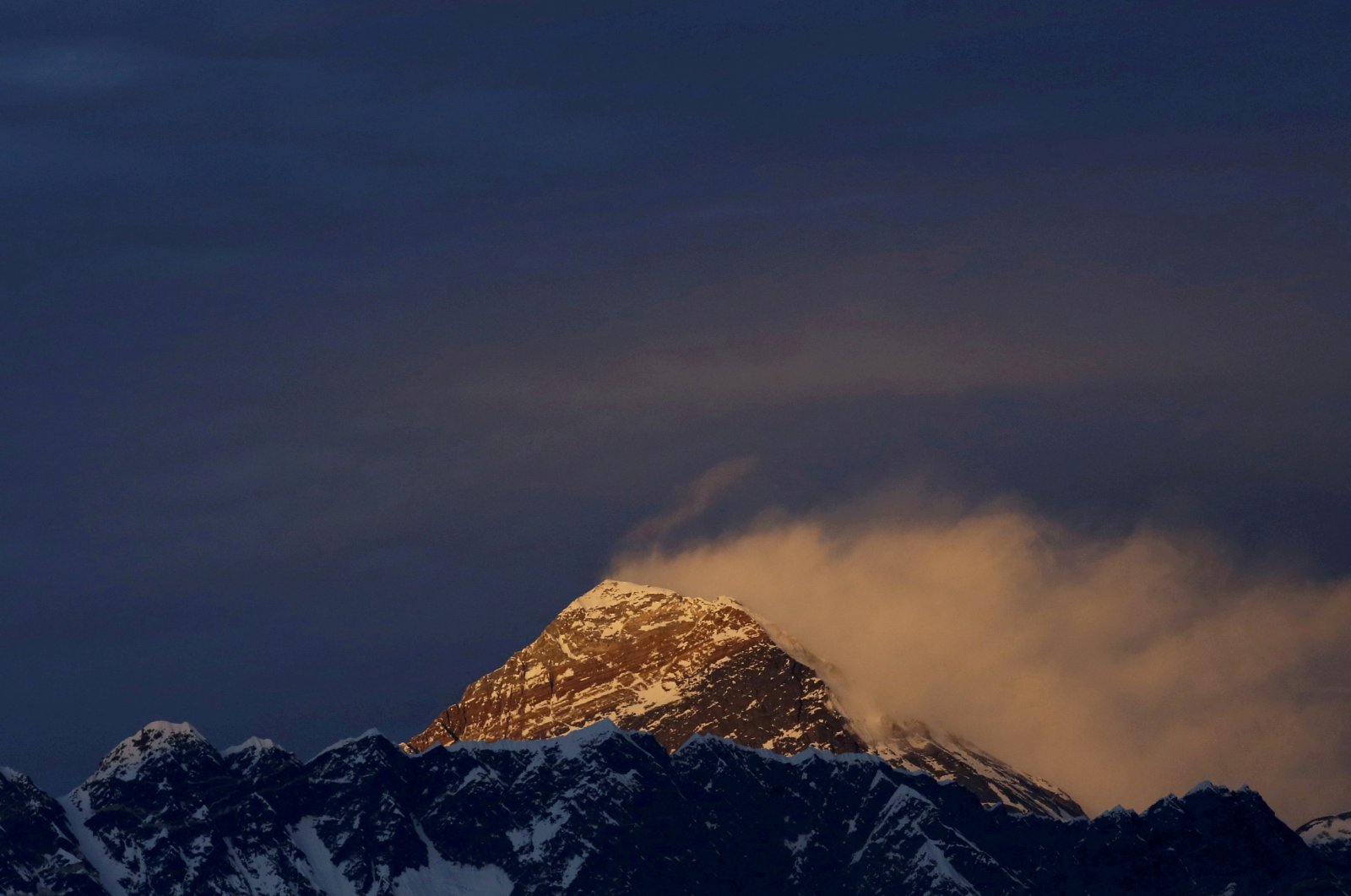 It was a week of broken records for Mount Everest as a retired attorney from Chicago became the oldest American to scale the world's highest peak, a Hong Kong teacher became the fastest female climber of the famous spot and a visually impaired Chinese man is now the first blind Asian conqueror of the peak. All of whom have returned safely to normal air as of Sunday.

China's Zhang Hong, 46, became Asia's first blind man, and the world's third, to scale the peak from the Nepal side.

Muir, who has three children and six grandchildren, a grandson was born while he was on Everest, said it was too early for him to decide his future plans after the Everest achievement.

"I have not decided yet," he told reporters at the airport in Kathmandu after returning from the mountain.

Muir, who had abandoned an Everest attempt after breaking an ankle falling off a ladder in 2019, said he was exhausted when he finally reached the summit in bad weather.

"Frankly I was surprised when I actually got there, but I was too tired to stand up ... in very windy and very cold weather," said Muir, who started climbing after retirement at 68 on mountains in South America and Alaska.

He said he was not scared despite reports of a COVID-19 outbreak at the base camp because he was vaccinated before reaching Nepal and had followed health protocols.

Muir broke the record set by Bill Burke, who conquered the mountain at age 67 in 2009.

Tsang reached the summit in 25 hours and 50 minutes after setting off from the base camp, making two brief stops before reaching the peak. She smashed the record of 39 hours and 6 minutes set in 2017 by Nepali woman Phunjo Jhangmu Lama.

"I feel a kind of relief and am happy because I am not looking for breaking records," she said. "I just want (to) challenge myself ... so I feel relieved because I can prove my work to my friends and to my students."

The 46-year old Chinese Zhang Hong has scaled the tallest peak in the world from the Nepal side, becoming the first blind man in Asia and the third in the world to climb Mount Everest.

"No matter if you're disabled or normal, whether you have lost your eyesight or you have no legs or hands, it doesn't matter as long as you have a strong mind, you can always complete a thing that other people you can't," Zhang told Reuters.

Zhang completed the 8,849 meter-high Himalayan feat on May 24 along with three high altitude guides and returned to the base camp on Thursday.

Born in the southwestern Chinese city of Chongqing, Zhang lost his sight at the age of 21 due to glaucoma.

He was inspired by Erik Weihenmayer, a blind American mountaineer who scaled Everest in 2001, and began training under the guidance of his mountain guide friend Qiang Zi.

Nepal reopened Mount Everest in April for foreigners after it was shut last year due to the COVID-19 pandemic.

"I was still very scared, because I couldn't see where I was walking, and I couldn't find my center of gravity, so sometimes I would fall," said Zhang.

"But I kept thinking because even though it was hard, I had to face those difficulties, this is one component of climbing, there are difficulties and dangers and this is the meaning of climbing."