Fans could return to stadiums in October, UK government says 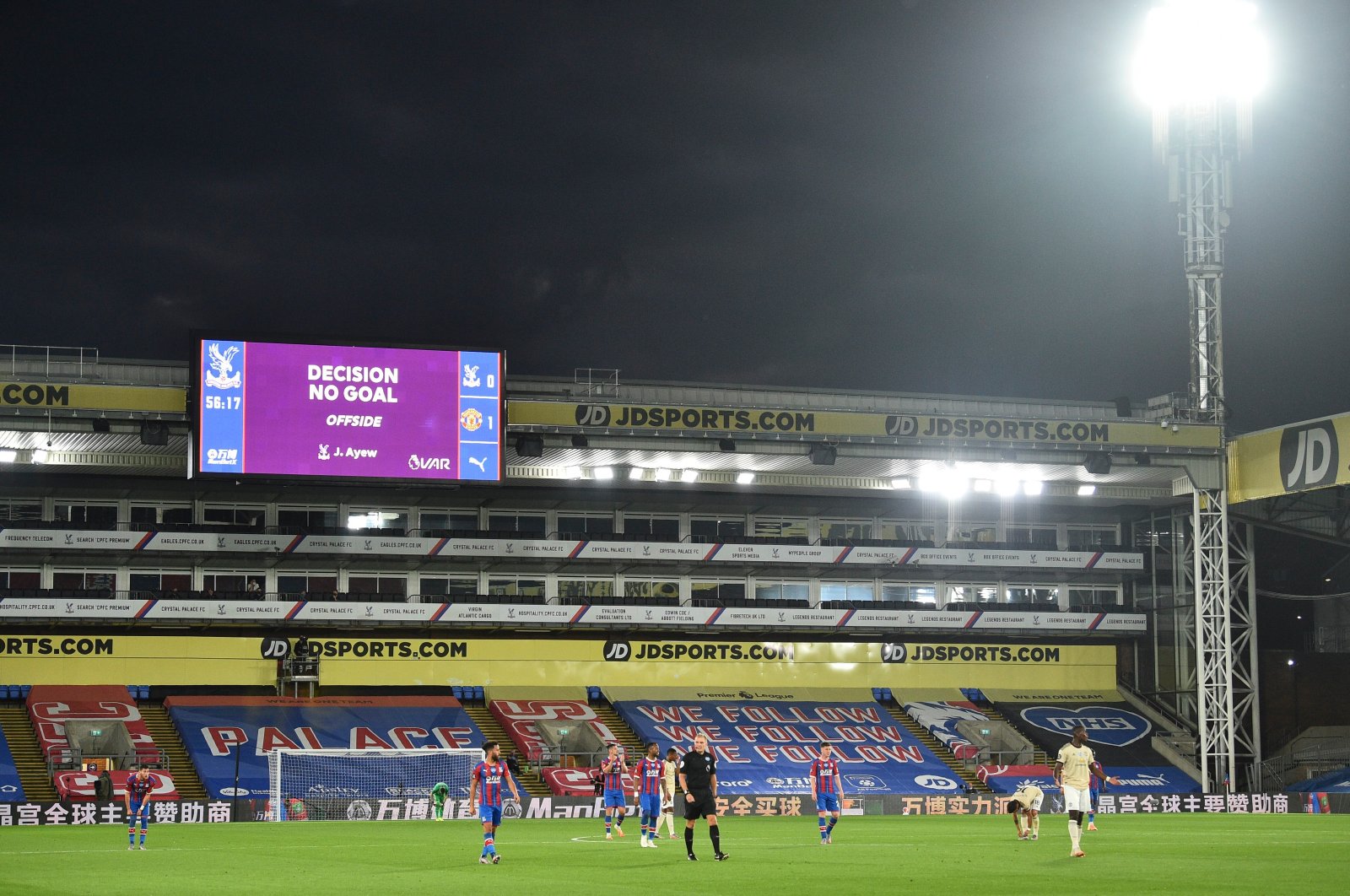 The scoreboard shows that a goal by Crystal Palace's Jordan Ayew has been disallowed by a VAR decision for offsides during the English Premier League football match between Crystal Palace and Manchester United at Selhurst Park in London, England, July 16, 2020. (AP Photo)
by Agencies Jul 17, 2020 1:59 pm
RECOMMENDED

Sporting events in England could be opened up to spectators starting in October, the U.K. government said Friday.

No fans have been allowed at stadiums since sports resumed in the country in June after a three-month shutdown caused by the coronavirus pandemic.

British Prime Minister Boris Johnson said, “from October, we intend to bring back audiences in stadia ... in a COVID-secure way subject to the successful outcome of pilots.”

"From August 1, we will restart indoor performances to a live audience, subject to the success of pilots, and we will also pilot larger gatherings in venues like sports stadia, with a view to a wider reopening in the autumn," he added.

The new English Premier League season is due to begin in September. Johnson announced the next tentative steps to reopen society, allowing live indoor performances, the reopening of leisure centers and bowling alleys starting on Aug. 1.

He noted, however, that normal life would not return in full until November at the earliest, cautioning that nightclubs and soft play areas needed to remain closed while wedding receptions would have to remain capped.

The U.K. prime minister is trying to walk a tightrope, persuading Britons that the country is ready for new outbreaks while also encouraging a return to shops, restaurants and workplaces to kick-start a moribund economy that has shrunk by a quarter since March.

He also offered employers “more discretion’’ in bringing their employees back to work.