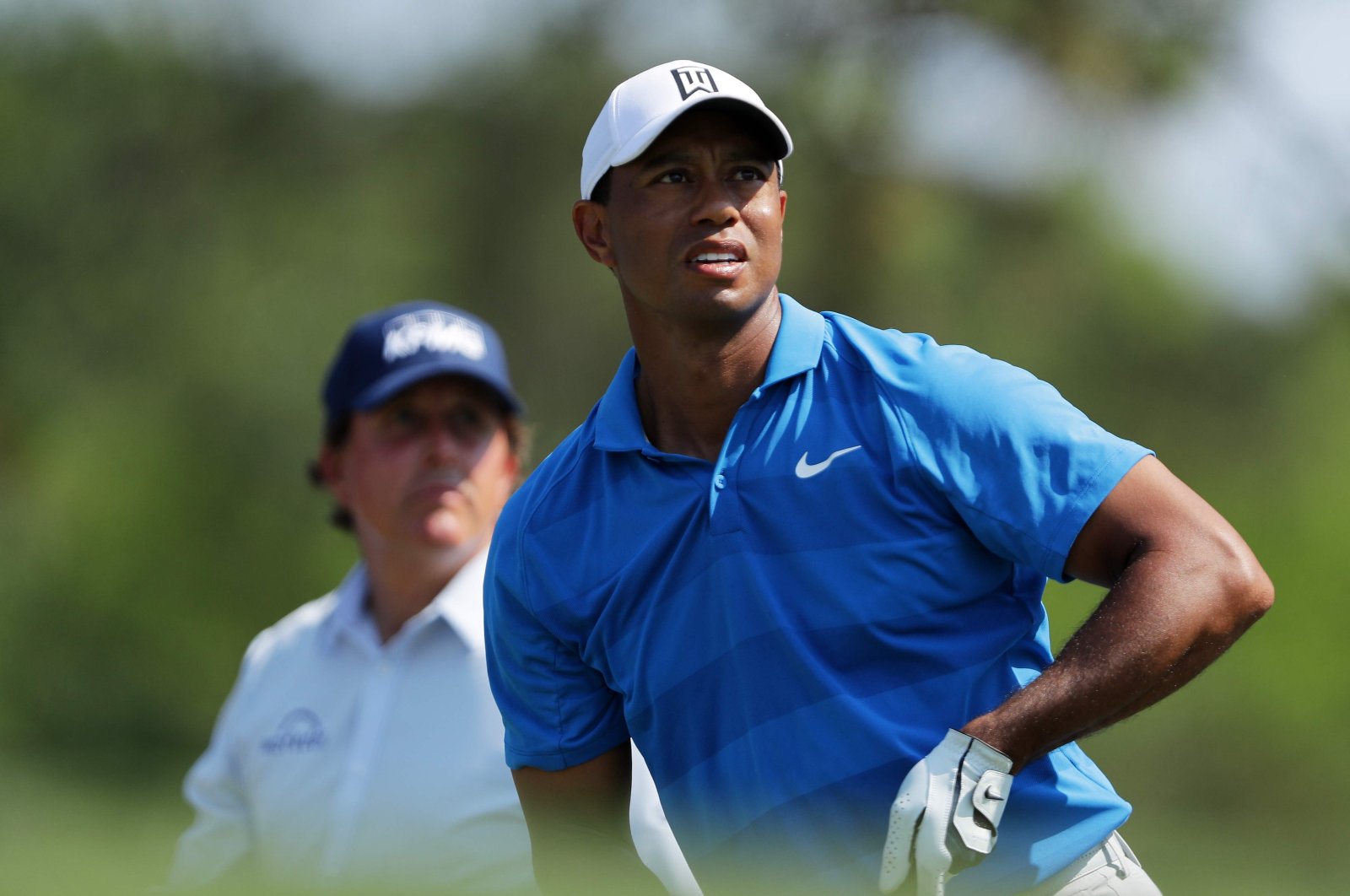 Tiger Woods watches his shot from the ninth tee as Phil Mickelson looks on during the first round of The Players Championship on the Stadium Course at TPC Sawgrass, in Ponte Vedra Beach, Florida, U.S., May 10, 2018. (AFP Photo)
by French Press Agency - AFP Jun 02, 2020 9:05 am

Golfing giant Tiger Woods called George Floyd's death a "shocking tragedy" but said violent protests were not the answer as unrest flared across the United States on Monday.

Woods said he had the "utmost respect" for police and likened the situation to the Los Angeles riots of 1992 after four police were acquitted over the beating of motorist Rodney King.

America is witnessing its most widespread protests since the 1960s in the wake of the death of George Floyd, an unarmed black man, who was murdered by police while being arrested in Minneapolis.

"My heart goes out to George Floyd, his loved ones and all of us who are hurting right now," Woods said in a statement on Twitter.

"I have always had the utmost respect for our law enforcement. They train so diligently to understand how, when and where to use force," he said, adding, "This shocking tragedy clearly crossed that line."

Woods' statement follows strong comments from a number of athletes including NBA legend Michael Jordan, who said he was "plain angry," and tennis player Coco Gauff, who asked: "Am I next?"

"I remember the LA riots and learned that education is the best path forward," wrote Woods, the 15-time major winner. "We can make our points without burning the very neighborhoods that we live in."

"I hope that through constructive, honest conversations we can build a safer, unified society," he said.