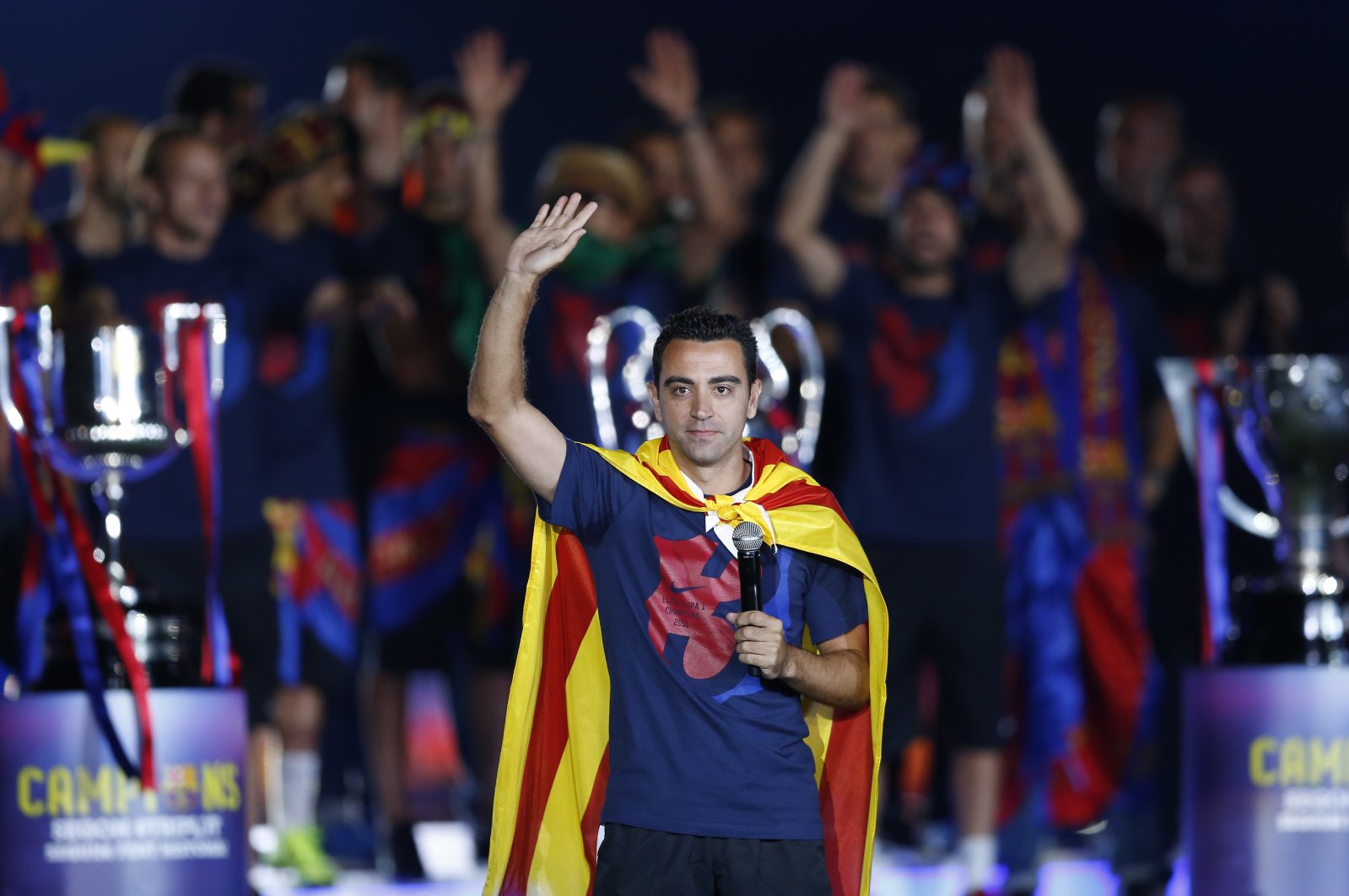 Xavi Hernandez, the midfield maestro who spent the bulk of his career playing for FC Barcelona in the Spanish La Liga, is finally set to take up the reins of the fallen Catalan giants. He is due to arrive in Spain on Saturday, facing a monumental challenge to restore his childhood club to its former glory.

The Spaniard left Camp Nou to play for Qatari club Al Sadd in 2015, after making 767 appearances for Barcelona, with eight La Liga titles and four Champions Leagues among his 25 trophies.

"It's time to come home. Welcome, Xavi," Barca tweeted in the early hours of Saturday morning, as Spain slept.

"It wasn't goodbye, it was see you later," it wrote, along with a video montage of the player's departure in 2015.

Video footage on Twitter showed the 41-year-old with his family at Doha airport, hours after the announcement of the deal with Al Sadd, for his flight back to his homeland to come to the rescue of the club he joined as a youngster.

Barcelona said in a statement it had reached an agreement with Xavi to become manager for the rest of the current season and two more seasons, replacing the sacked Ronald Koeman.

"It is expected that Xavi Hernandez will arrive in Barcelona this weekend and that on Monday 8 November his presentation as new FC Barcelona first-team coach will take place in an event open to the public at Camp Nou," it said.

Nicknamed the "Maquina" (the Machine), Xavi is widely considered one of the club's greatest ever players and there is huge excitement about his potential as a coach after his influence on the iconic Barca team managed by Pep Guardiola.

His passing style was seen as the embodiment of Guardiola's "tiki-taka" team that won the treble in 2009.

"One of the greatest midfield maestros of all time, he helped redefine the art with his creative mind, pinpoint passing and sublime ability to read the game," Barca said in their statement, heralding the return of "an absolute legend."

Al Sadd, which Xavi had coached since 2019, hours earlier said they had reached an agreement with Barca and posted photos on social media of the Spaniard saying goodbye to the players and staff.

Barcelona's attempt to appoint Xavi as Koeman's successor had been held up on Friday over his Al Sadd release clause, with Xavi and Barca considering splitting the payment to complete the deal.

Al Sadd said Barca had agreed to pay the clause in Xavi's contract, which is reportedly set at around 5 million euros ($5.8 million), but Barcelona did not give any details of the deal in their statement.

Xavi had made no secret of his desire to return to Barcelona, which he joined through the club's La Masia academy at the age of 11.

"My main objective, when I can do it, is Barca," Xavi told Marca last year. "It's my home, that's the dream."

There are high hopes Xavi can draw on his incredible playing career to revive Barcelona, who currently sit ninth in La Liga, with concerns growing they might not finish in the top four and therefore might miss out on the Champions League.

The club is also in dire financial straits, having posted debts of 1.35 billion euros.

In Europe, Barca face a fight even to qualify for the knock-out stages of the Champions League while any rebuild will have to be carried out on a shoestring budget as the club struggles to deal with the debts it partly built up paying Messi's wages.

Xavi will also be charged with improving the team's style of play, which was a key criticism during the tenure of Koeman, another former Barca player.

His flight is due to touch down as Barca take on Celta Vigo in La Liga in Juan Barjuan's last game as caretaker manager before he hands over the reins to the man fans are pinning their hopes on to turn around the club's fortunes.