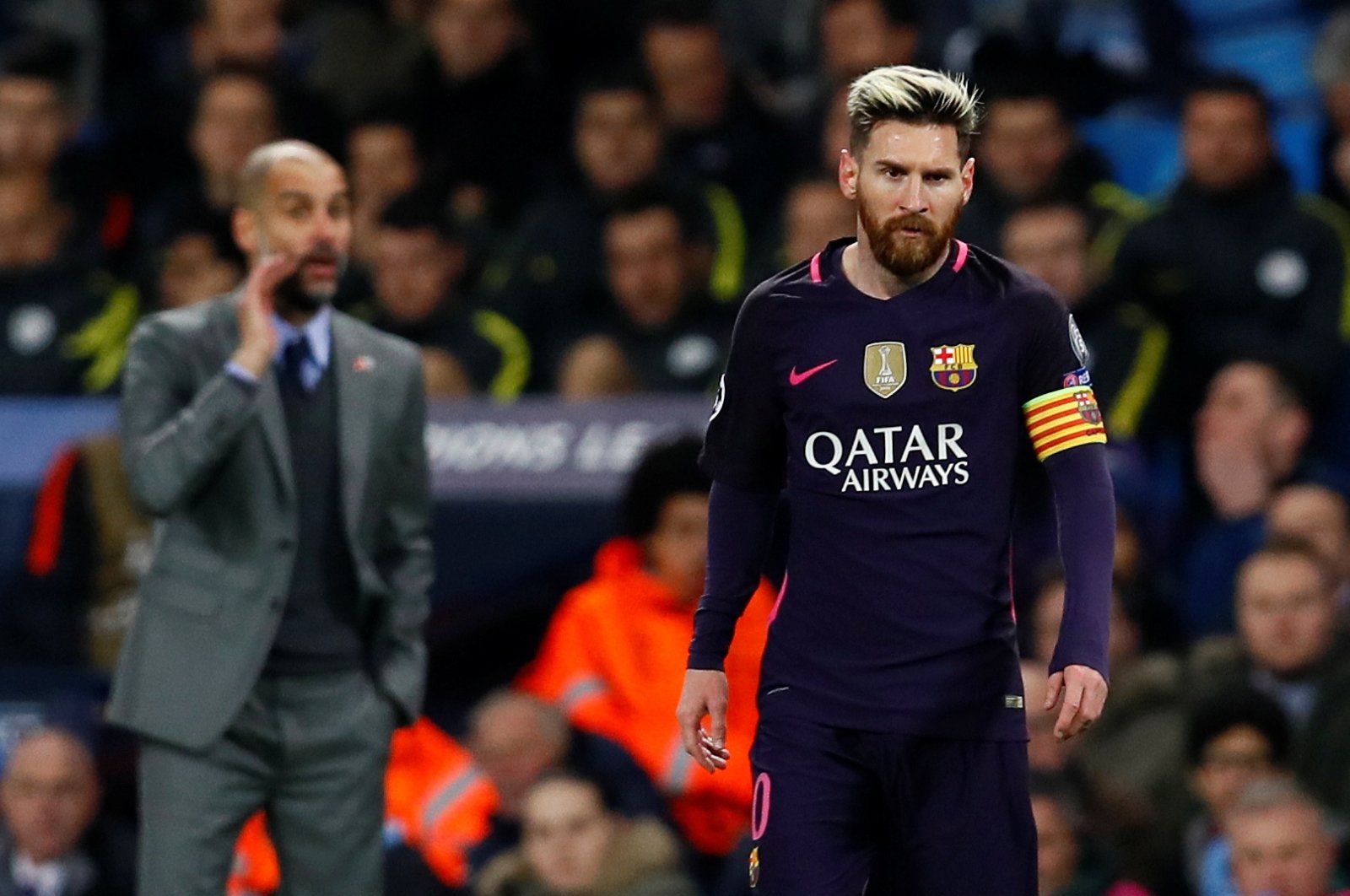 Manchester City boss Pep Guardiola has dismissed his club is interested in signing Lionel Messi after Barcelona's shock announcement that the Argentina superstar will leave the Camp Nou.

And, speaking at a press conference on Friday, Guardiola insisted a reunion with Messi was not in his plans at present.

"Right now it is not in our thoughts (to sign Messi), absolutely not," Guardiola said.

"It looked like it finished well in terms of (Messi) continuing with Barcelona. In the end, it was a surprise for everyone, me included of course, but I think Laporta was clear today the reason why."

Barcelona president Joan Laporta said the club has been forced to end its long relationship with Messi because of "awful" financial problems inherited from the previous regime.

Messi, 34, was out of contract at the end of last season but appeared set to sign a new deal before the sudden announcement of his exit.

As well as City, Paris Saint-Germain has also been suggested as suitors for Messi, who won four Champions League and 10 La Liga titles with Barcelona.

Having seen the impact made by Messi at Barcelona up close, Guardiola paid tribute to the star's remarkable contribution to the club.

"Unfortunately, because as a supporter for my club, I would love him to finish but today the club's sustainability is so important and what happened in the last year was really not good," Guardiola said.

"That is why he arrives in this. I have incredible gratitude as a fan for the most extraordinary player I see in my life. Much more than the titles he helped to win Barcelona, how he helped me to be a better manager and to go to Munich and after to England.

"The incredible emotion and actions to be in front of the team and to watch him what he can do with the ball, with his mates in one football game, day by day, game by game, he would make something unique.

"Hopefully one day we can properly say the best farewell game ever. He deserves it for his contribution to this club for another level but if Laporta arrives in this situation it is unfortunately because someone before didn't do well."