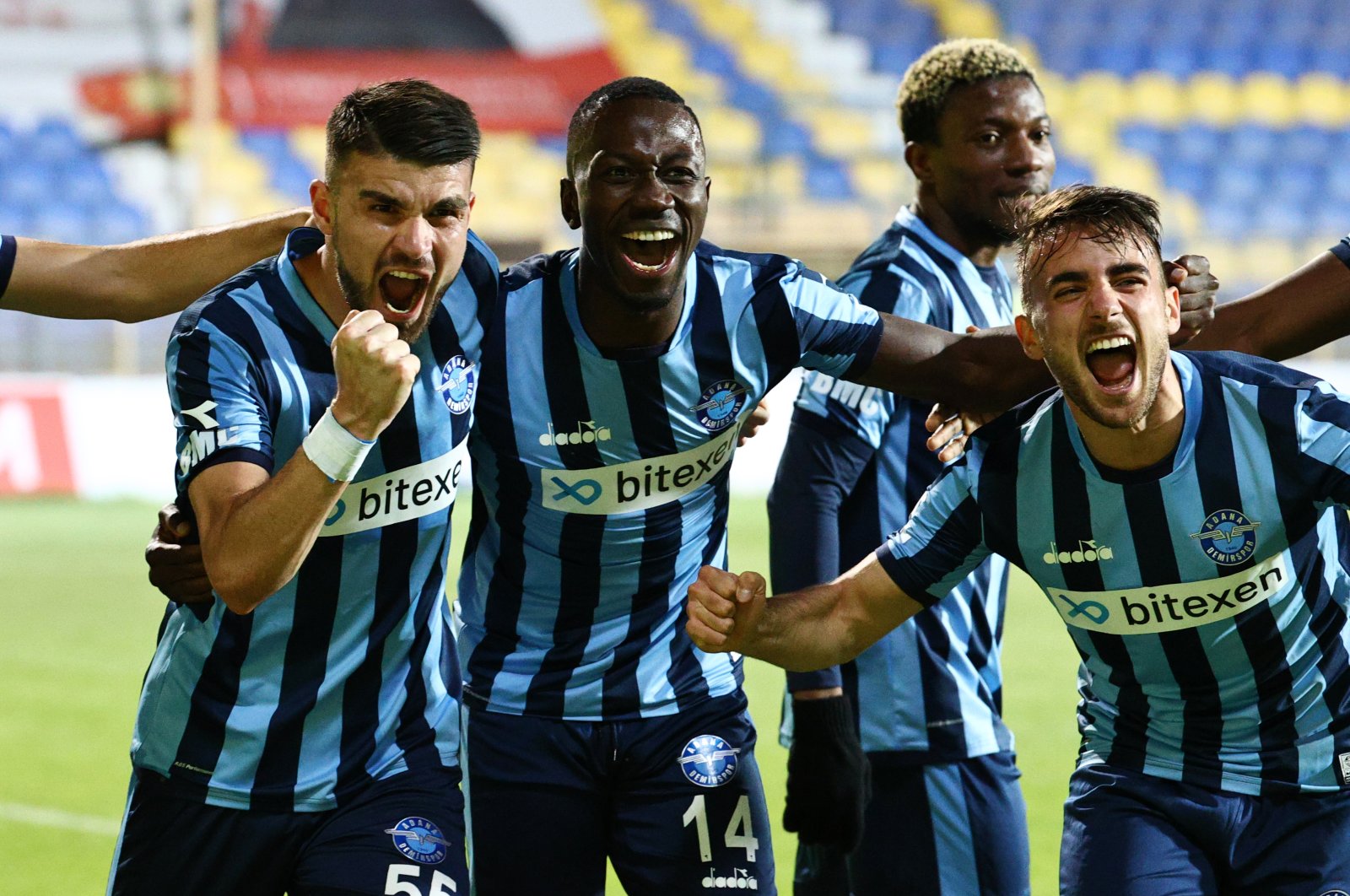 Adana Demirspor players celebrate a goal against Menemenspor at the Menemen İlçe Stadium, Izmir, Turkey, May 9, 2021.
by DAILY SABAH WITH AA May 10, 2021 2:21 pm
RECOMMENDED

Adana Demirspor and GZT Giresunspor clinched their promotions to the Turkish Süper Lig after winning their last matches in Turkish Football Federation (TFF) 1. Lig on Sunday.

In one of the fiercest title clashes in recent years, the league's top three teams Adana Demirspor, GZT Giresunspor and Samsunspor all stood at 67 points before the matchday, while relegation tickets had been determined a week earlier with former Turkish Super Cup winner Akhisarspor joining Ankaraspor and Eskişehirspor as outgoing clubs.

After defeating Aegean representative Menemenspor 4-1 in the last game of the season, Adana Demirspor was crowned as the champions with 70 points on goal averages.

Adana Demirspor, which boasts one of the most passionate fan bases in Turkish football, reached five playoffs in the last eight seasons, only to be eliminated.

The promotion will finally bring an end to the southern Turkish representative's long absence from the top tier of Turkish football, where it last played in the 1994-1995 season.

In the meantime, northern Turkey's GZT Giresunspor beat Istanbul representative Tuzlaspor 2-1 to come second on a single goal difference and booked its ticket next season's Süper Lig. A 2-0 victory over Adanaspor was not enough for Black Sea club Samsunspor to clinch the runner-up position.

The teams finishing between the third and the sixth positions in the league will now compete in the playoffs to find the third team to be promoted to the Turkish top-tier.

Samsunspor, a longtime fixture of Turkish top tier football will face Izmir's Altınordu, one of the most succesful teams in Turkey on youth development. Istanbulspor will take on another Izmir club Altay in the playoff semifinals.