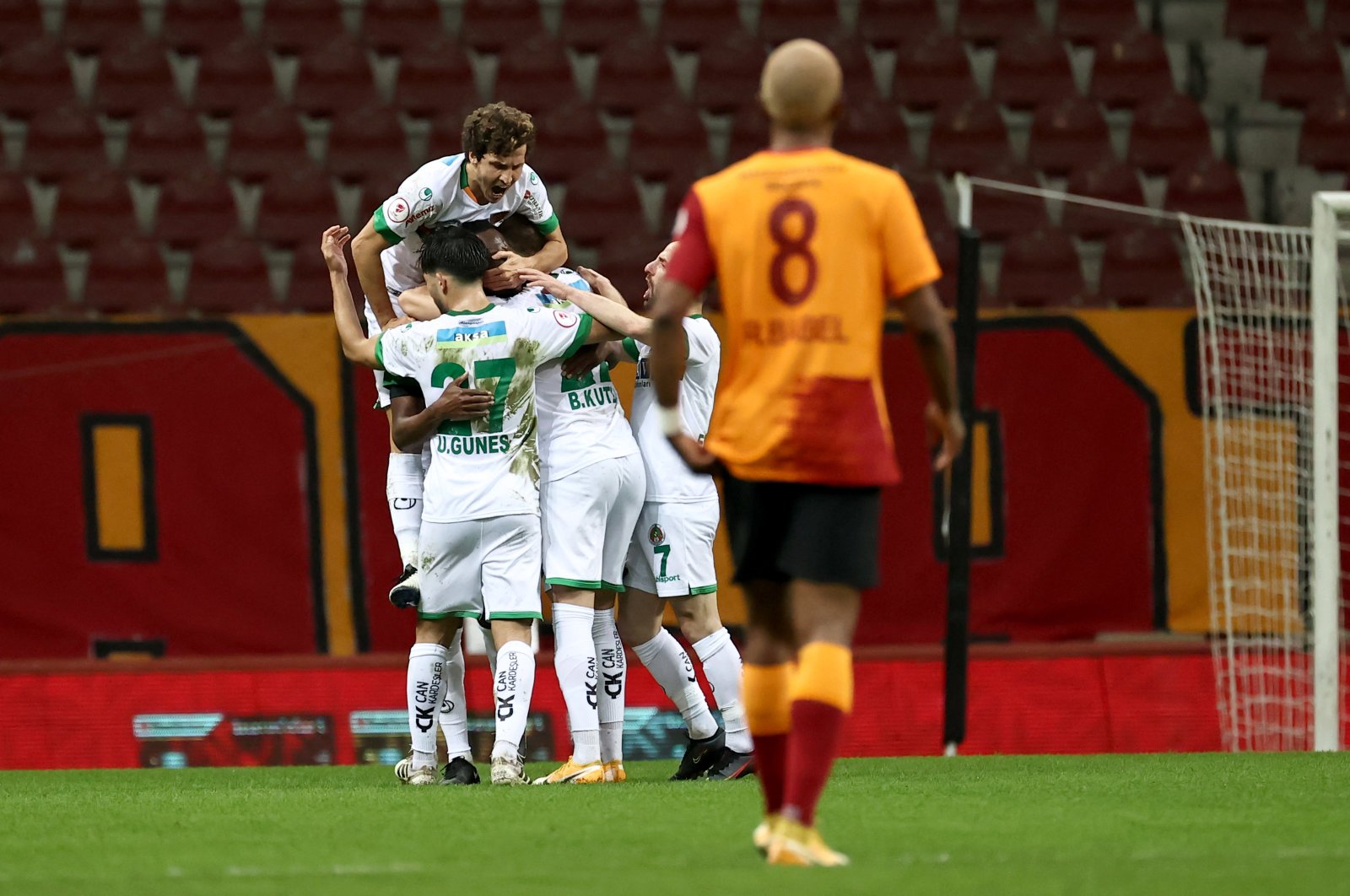 Alanyaspor players celebrate after a goal while Galatasaray's Ryan Babel walks during the Turkish Cup match at the Turk Telekom Stadium in Istanbul on Feb. 10, 2021 (AA Photo)
by Anadolu Agency Feb 10, 2021 11:29 pm

Aytemiz Alanyaspor claimed a 3-2 victory over Galatasaray on Wednesday to qualify for the Ziraat Turkish Cup semifinals.

The Mediterranean side's Khouma Babacar scored the opening goal in the 30th minute at the Lions' Türk Telekom Stadium.

Salih Uçan doubled the lead with a classy finish in the penalty area near the end of the first half.

In the 48th minute, Senegalese forward Babacar scored his second from the penalty spot, making it 3-0.

The Lions found a second goal with Gedson Fernandes in the stoppage time but it was not enough to bring victory.