Argentina held by Chile at Copa America despite Messi magic 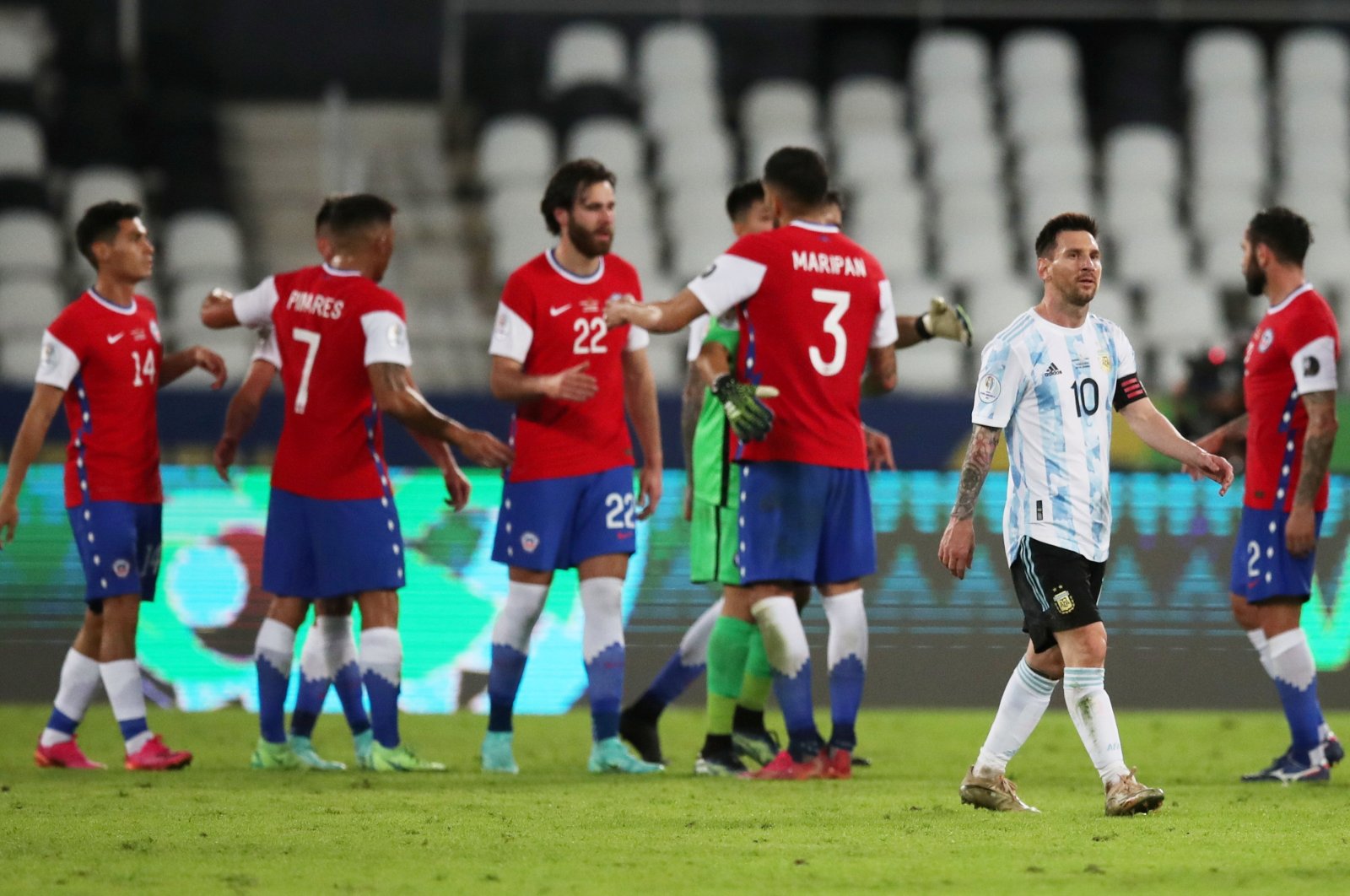 Argentina was frustrated once more in the Copa America after being held to a 1-1 draw by Chile despite an inspired performance from Lionel Messi on Monday.

The Barcelona superstar scored a stunning free kick but Chile hit back later to snatch a valuable point.

Despite Argentina's dominance, Messi lamented that "we weren't calm, we didn't have control of the ball."

"We deserved to win but in the end, we drew. In any case, it's only the start of a very tough tournament," said Scaloni.

Before the Group A game started in the Nelson Santos stadium in Rio de Janeiro, there was a light and effects tribute to Argentina legend Diego Maradona, who died in November aged 60, although the ground was empty due to coronavirus restrictions.

The first chance fell to Messi on the eighth minute as Leandro Paredes picked out Nicolas Tagliafico on the left and the fullback nodded the ball down for his captain, who sent a volley wide.

Minutes later, Giovani Lo Celso crossed from the left but a sliding Lautaro Martinez could only spoon the ball over the bar from inside the six-yard box.

Argentina was in total command and Lo Celso picked out Nicolas Gonzalez to shoot from 20 yards but goalkeeper Claudio Bravo got down well to his right to tip the ball around the post.

From Messi's corner, Gonzalez headed over the bar and moments later he was released by Lo Celos but shot straight at Bravo.

It would be a frustrating night for Gonzalez.

Argentina got the goal its domination deserved on the 33rd minute, and inevitably it was Messi who scored, curling a free kick from 25 yards out just beyond Bravo's dive.

They should have had a second soon afterward but teed up by Gonzalo Montiel 10 yards out, Martinez screwed his shot horribly wide.

"I would be worried if the team wasn't creating chances. The important thing is we are, we're getting lots of players in the box. And it will go in," said Scaloni.

Chile started the second half with more intent and Erick Pulgar played Vargas into the area but his shot on the stretch was saved by Martinez.

However, Vidal stormed in to try to fire home the rebound and was caught by Tagliafico as he shot.

Referee Wilmar Roldan consulted VAR and then awarded a penalty.

Martinez tipped Vidal's effort onto the crossbar but Vargas was quickest to the ball to head home the equalizer.

Argentina was soon back on the attack but Chile center back Gary Medel blocked a volley from Gonzalez, who later headed over from a Messi free kick.

Twenty minutes from time, Messi created space in the box but Bravo was down well to save his low shot.

Gonzalez's night to forget would get worse 10 minutes from time when he ran onto a perfect chipped pass from Messi but headed over from just seven yards out when it looked easier to score.

It was his last involvement as he was substituted before Bravo took the goal kick.

Argentina kept pushing but Messi headed over the bar in injury time as Chile held on for a point.

"This team didn't want to be beaten, even though they didn't play well. This group of players are defiant," said Chile coach Martin Lasarte.

In the other match of the day, Angel Romero scored twice as Paraguay bounced back to beat 10-man Bolivia 3-1 in Goiania and top Group A.

Erwin Saavedra gave Bolivia the lead from the penalty spot on the 10th minute after a long VAR review.

Paraguay dominated throughout but the game changed deep into first-half stoppage time when Bolivia's Jaume Cuellar was sent off for a second booking.

Romero sealed the win 10 minutes from time as Paraguay enjoyed almost 80% possession and had more than 30 shots.

The Copa was due to take place last year but was delayed by 12 months due to the coronavirus.

It was also switched from original hosts Argentina and Colombia to Brazil at the 11th hour due to the pandemic situation in the former and social unrest in the latter.

Brazil's health ministry issued a statement on Monday saying 31 members of the playing delegations, including players and staff, tested positive for the coronavirus on Sunday, without giving further details.