Avcı up for his first test at Trabzonspor with Galatasaray clash 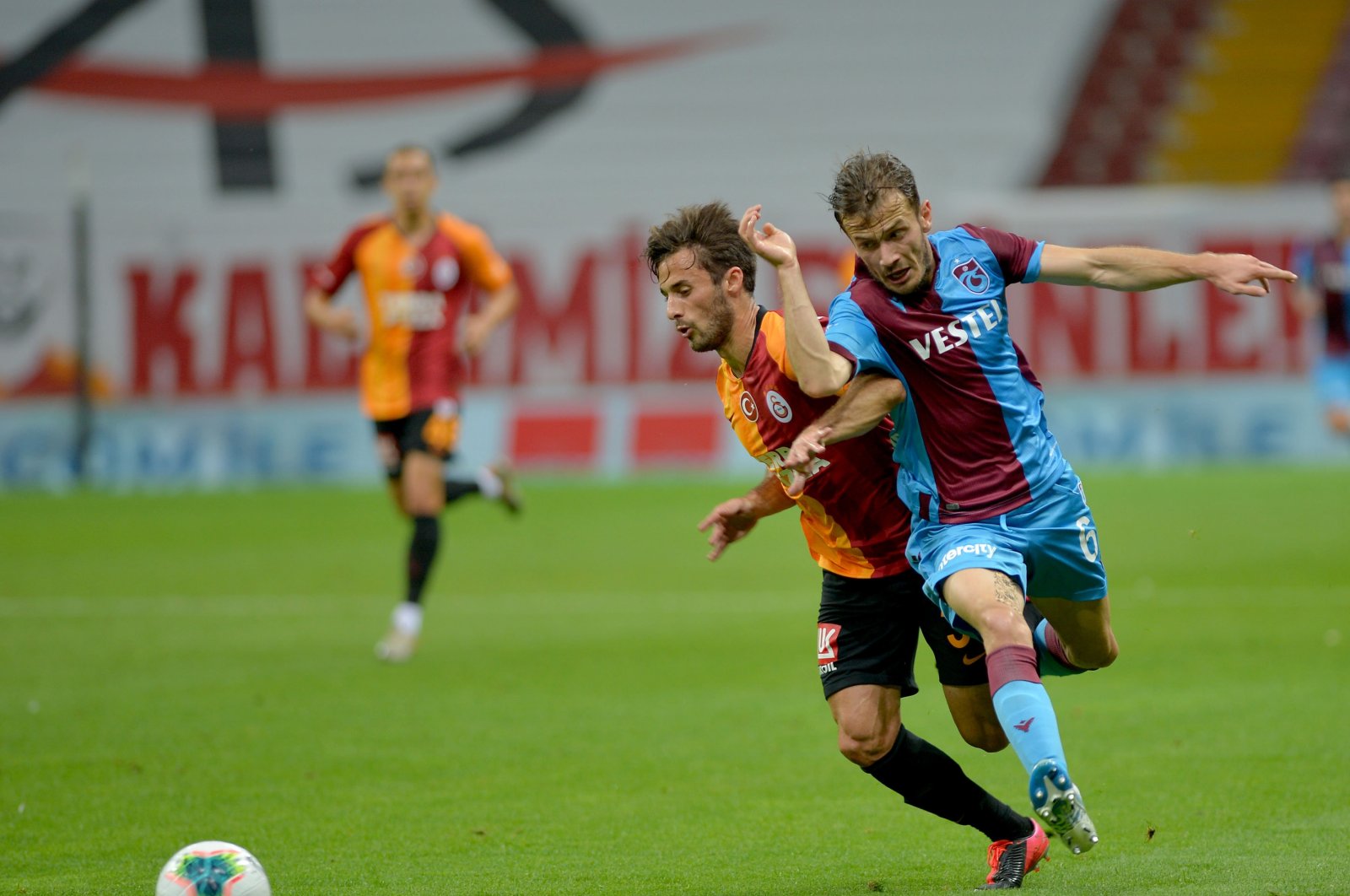 Arriving after Eddie Newton’s departure, Abdullah Avcı managed to pull Trabzonspor from the depths of the Süper Lig’s table but he faces his first real challenge against Galatasaray on Saturday

Less than 48 hours after Beşiktaş defeated capital side Ankaragücü 1-0 to wrap up the Süper Lig’s Week 14, the top-flight is back with another round of matches, with the Trabzonspor-Galatasaray faceoff highlighting the matchday.

Standing at ninth place with 20 points, Trabzonspor appears to have left the worst behind. Once dropping down to as far as the relegation zone under Eddie Newton’s helmsmanship, the former Süper Lig champion hasn’t lost any league matches since the arrival of coach Abdullah Avcı.

While Avcı’s revival plan has been set back at times with draws – three in seven matches so far – the worst blow was Trabzonspor’s humiliating exit from the Turkish Cup at the hands of second-tier TFF 1. Lig side Adana Demirspor. Failing to convert a penalty in the injury time against its 10-man opponent, Trabzonspor was knocked out in the penalty shootouts.

Shame was followed by rage and fury, with some local newspapers calling for Trabzonspor executives to step down.

“Time is up, let’s go Mr. President,” local newspaper Son Nokta wrote, running a quote by Trabzonspor President Ahmet Ağaoğlu, who once said it would a “betrayal” if someone insisted on staying at their post even despite harming the club.

"We urge you to do what is necessary," it said.

Avcı was luckily spared during the chaos and he quickly regained the lost confidence with two wins in the following weeks, including a 2-1 victory against regional rival Rizespor.

Arriving at the Şenol Güneş Stadium with an impressive record of six wins in eight matches, Galatasaray should be more than enough to challenge Avcı’s renewal plans at Trabzonspor.

The test will go both ways, as the meeting will also challenge coach Fatih Terim and Galatasaray’s title ambitions.

While Avcı never had the opportunity to lead Başakşehir to a title, he is still credited with laying the foundation of the Süper Lig’s sixth-ever champion and he was known for his impressive track record against the league’s major clubs, especially Istanbul’s much-feared “Big Three.”

With five years passing since the last time Galatasaray won a match on Trabzonspor's home turf, Saturday’s meeting will not be easy for Terim, no matter how weakened his opponent is.

Sunday will see Alanyaspor visit Gaziantep FK with the Süper Lig’s unlikely leader hoping to end the year on top.

Alanyaspor has the narrowest of margins with only a single point separating the Mediterranean side from Istanbul giants Galatasaray and Fenerbahçe, which both have 26. Beşiktaş is not far behind with only a two-point gap.

While Fenerbahçe won’t have an opportunity to make any moves toward the top, as the Yellow Canaries won’t play a match this weekend due to the odd number of teams in the league, Beşiktaş and Galatasaray could overtake Alanyaspor if coach Çağdaş Atan’s players fail to win at Gaziantep.

While Alanyaspor boasts an unbeaten run at home this season, the surprising 2-1 defeat by 17th-placed Denizlispor and the following 1-1 draw with Yeni Malatyaspor have raised questions about whether the dream-like run is coming to an end.

Gaziantep, meanwhile, has been on a ruthless path toward the table’s upper echelon. After losing the season opener 3-1 to Galatasaray, the Anatolian club hasn’t lost a single game and moved up to fifth place as it defeated Süper Lig powerhouses left and right. Humbling both Fenerbahçe and Beşiktaş 3-1 at home, Gaziantep also defeated champion Başakşehir 1-2 in Istanbul.

With morale running high at the club after hammering another Istanbul side, Kasımpaşa, 4-0 on Wednesday, Gaziantep could be the one that pulls the plug on Alanyaspor’s leadership.