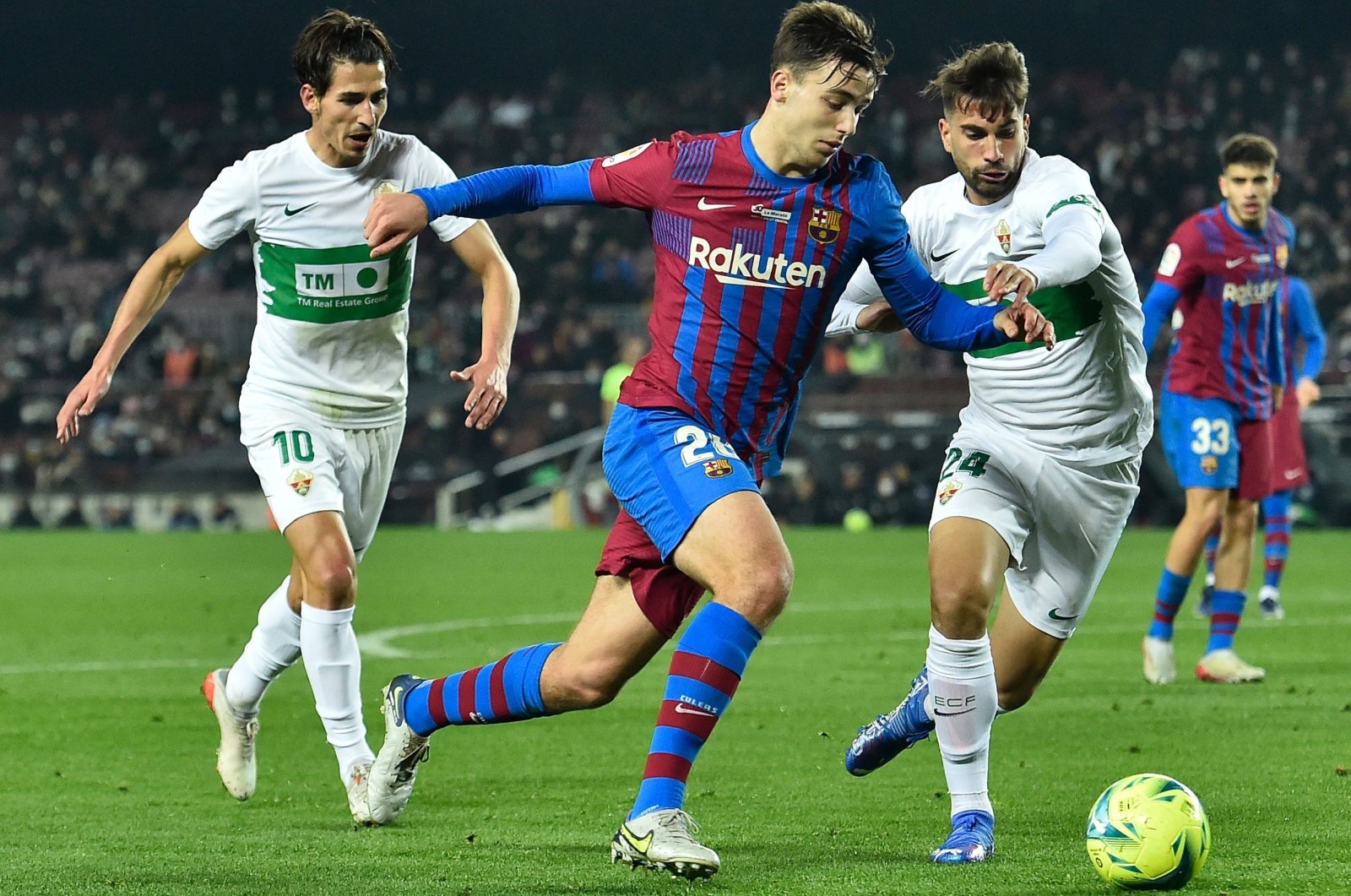 A youthful Barcelona secured a much-needed victory over Elche on Saturday, setting itself well on course for a return to the La Liga top four.

19-year-old Nico Gonzalez scored the late winner for Barca to seal the 3-2 win.

Nico's strike came after the 22-year-old Ferran Jutgla, making his full debut, and the 17-year-old Gavi had earlier given Barca a two-goal lead at Camp Nou.

But Elche scored twice in 96 seconds shortly after the hour as Tete Morente and Pere Milla pulled the visiting side level, only for Nico to drag Barcelona to a 3-2 victory.

And the result got even better for Barca's top-four chase after Atletico lost 2-1 away at Sevilla, Lucas Ocampos smashing home in the 88th minute at the Ramon Sanchez Pizjuan to consign Atleti to a third consecutive league defeat.

Barcelona is now seventh, two points behind Diego Simeone's side and three behind Rayo Vallecano in fourth, yet having played one game fewer than Rayo.

Sevilla is second, five points behind Real Madrid, who plays at home to Cadiz on Sunday.

Gavi's goal made him Barcelona's third youngest ever scorer in La Liga at 17 years and 135 days, younger even than Lionel Messi when he opened his account aged 17 years and 331 days.

Jutgla also registered his first professional goal, after coming off the bench last weekend against Osasuna and then scoring against Boca Juniors earlier Tuesday in the Maradona Cup, an exhibition match held in honor of Diego Maradona.

Nico's goal completed another exciting night for Barca's young guns, less than a week after Xavi said his veterans needed to do more, insisting they could not rely on the next generation to deliver every week.

"Gavi, Nico, Abde, (Ronald) Araujo, (Alex) Balde, they are the future of the club," Xavi said. "I played here when I was 18 and I was scared but they let their personality show."

Gavi, though, was particularly impressive, the teenager scoring a superb individual goal in the first half, before then assisting Nico's winner late in the second.

In Seville, reigning champion Atletico suffered yet another defeat following a later strike in the final minutes.

In a feisty match between two sides that are trying to stay in contention with league leader Real Madrid, Sevilla came out on top.

It now has 37 points, while Atleti fall to fifth place on 29 points, leapfrogged by surprise outfit Rayo Vallecano, who beat Alaves 2-0 earlier in the day and remains unbeaten at home this season.

Ivan Rakitic gave Sevilla the lead early in the first half with a fabulous long-range strike that could be a contender for the goal of the season.

Felipe equalized from a corner, timing his jump perfectly and thumping his header past Sevilla goalkeeper Bono.

But right before stoppage time, Ocampos reacted quickly to smash in a shot after a Thomas Delaney header came off the crossbar.