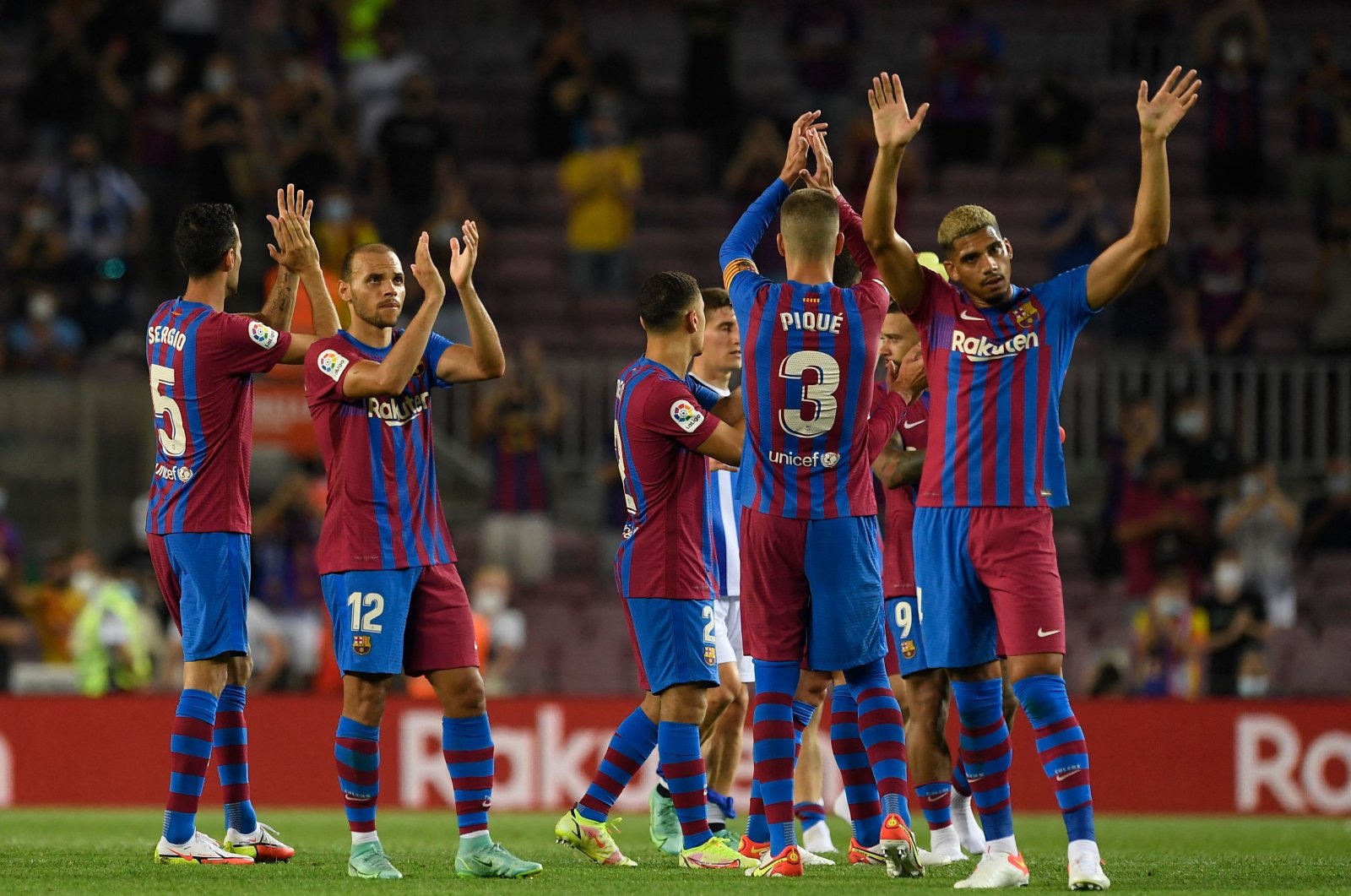 After coming out unscathed from its La Liga season opener, Barcelona learned last week that a future without Lionel Messi may not be all doom and gloom, instead, it has to build on the greater team unity when it travels to Athletic Bilbao Saturday.

While the Argentine's departure to Paris Saint-Germain left Barca with a hole of roughly 50 goals per season and his rare ability to change a game in an instant, its dominant 4-2 win over Real Sociedad last Sunday indicated it could be stronger in other areas without being so beholden to its former captain.

As Messi often reserved energy in games for his marauding runs and seldom closed down opponents, Barca could only press teams with nine players rather than 10, which often led to it conceding cheap goals or getting overrun against the top sides.

Against Sociedad at Camp Nou, it pressed as an entire unit and scored its second goal thanks to high pressing from defender Eric Garcia deep in the visitors' half.

Coach Ronald Koeman raved about his side's display in the first game without Messi, calling it the best first-half performance he had seen from Barca in years.

"I would always prefer to have Messi in my team because he decides game on his own but we can be a better collective now," Koeman said.

Sociedad coach Imanol Alguacil said Barca's pressing game had made the difference and could help it compensate for the loss of Messi's talismanic presence.

"It's almost the same team as always but now with 10 players pressing, and that's where they won the first battle against us. If Barcelona can improve in that area, even without Messi, they will be capable of achieving great things," he said.

Koeman is likely to field a similar lineup against Athletic and retain the front three of Memphis Depay, Antoine Griezmann and double scorer Martin Braithwaite.

There is also likely to be no change in Koeman's treatment of Philippe Coutinho, who was left out of the squad against Sociedad as Barca looks for a new club for its record signing.

Athletic made a less impressive start with a 0-0 draw at Elche and coronavirus restrictions mean it cannot count on the intimidating atmosphere that has helped them beat Barca in recent years, although around 10,000 fans will be at the 55,000-capacity San Mames.

Real Madrid also got off to a strong start in its first game without PSG-bound captain Sergio Ramos, winning 4-1 at Alaves.

It travels to Levante on Sunday for a second consecutive away game while it waits for renovation works at its Santiago Bernabeu to be completed next month.

Elsewhere, champions Atletico Madrid could welcome last season's top scorer Luis Suarez back into the starting lineup when they host Elche on Sunday after the Uruguayan began last week's 2-1 win at Celta Vigo on the bench.