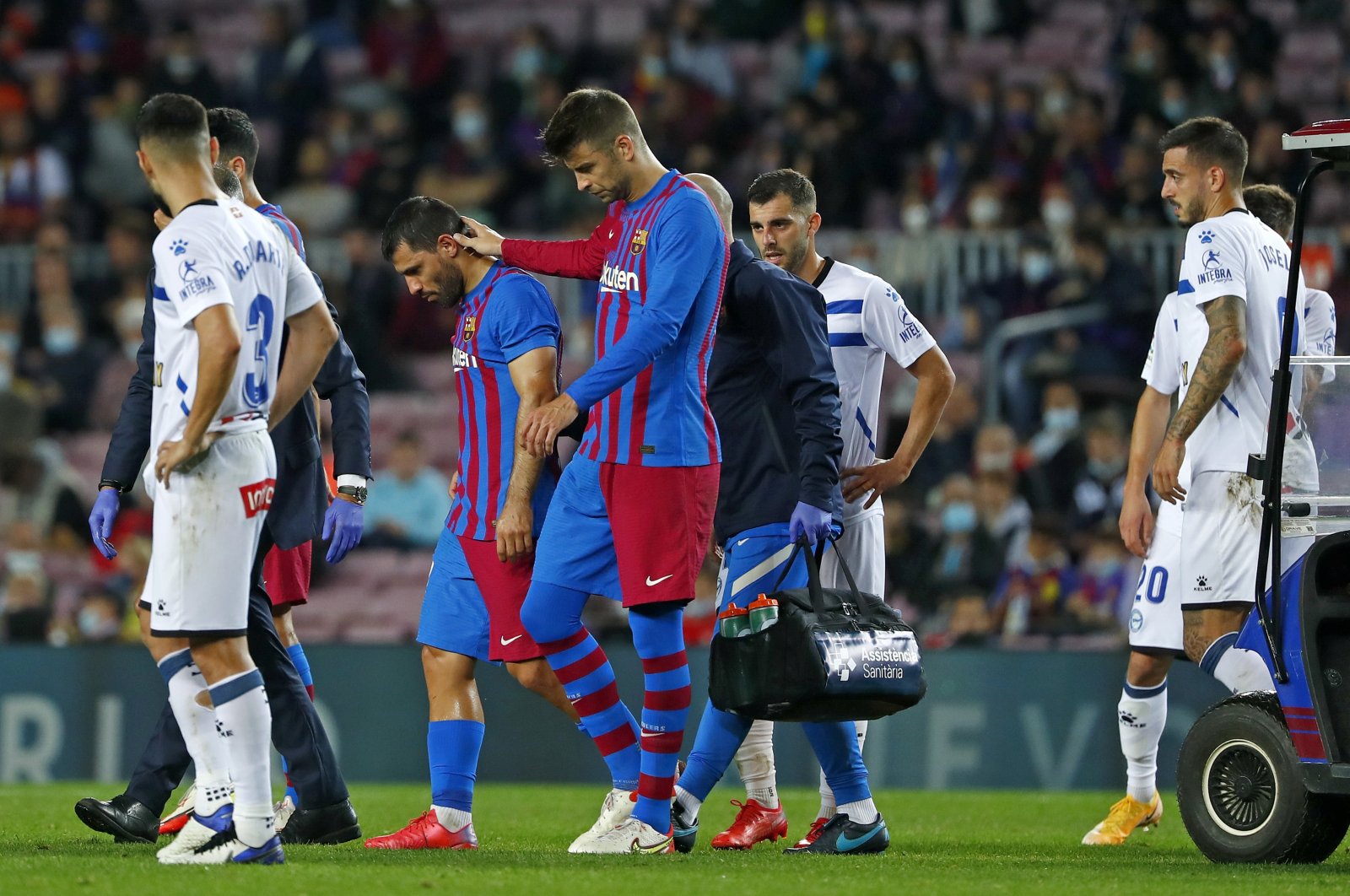 Barcelona's Argentine star forward Sergio Aguero is likely to announce his retirement from football Wednesday after being diagnosed with a heart condition.

The former Manchester City striker suffered from cardiac and respiratory difficulties while playing in the La Liga back in October.

Aguero will be accompanied at a press conference Wednesday by club president Joan Laporta, where local media say he will announce his retirement.

The 33-year-old joined Barca from Manchester City in July after helping Argentina to win the Copa America.

Just prior to his switch he suffered a bout of COVID-19, and on Oct. 30 was rushed to hospital after facing breathing problems while playing in the Liga draw against Alaves.

"It looks clear the Argentine striker will announce his retirement after suffering cardiac arrhythmia," Mundo Deportivo wrote on Tuesday.

The club said after he underwent heart tests in November that Aguero would be unavailable for the next three months while the effectiveness of treatment was evaluated.

At the time Aguero said he remained positive.

"There are rumors going around but I'm following the club doctor's opinion and we'll see how I am in 90 days," he wrote on Twitter.

Aguero left Man City as its all-time record goalscorer with 260 goals and with the most goals scored for a single club in Premier League history – 184 goals in 275 appearances.