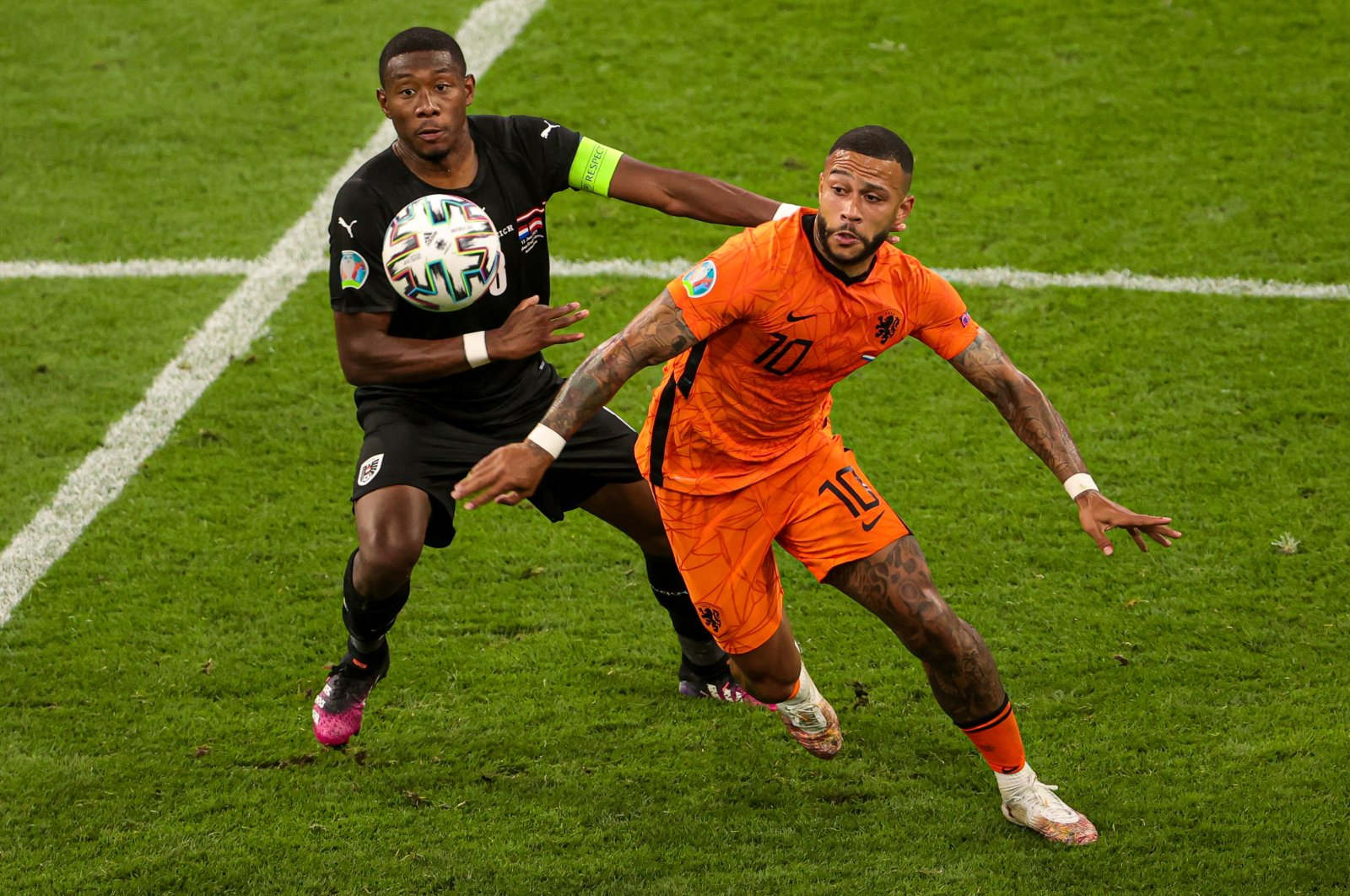 The 27-year-old Depay, who currently plays for French side Olympique Lyon, is part of the Netherlands squad at Euro 2020 where he scored in his team's second of two tournament wins so far against Austria.

Depay developed at PSV Eindhoven and moved to Manchester United for a disappointing spell from 2015-2017 but subsequently rebuilt his reputation at Lyon.

Barcelona, coached by former Netherlands boss Ronald Koeman, is looking to freshen up their squad after finishing third in La Liga last season.

Depay, 27, is the second forward Barcelona has acquired on a free transfer since the close season after Sergio Aguero who had run down his contract with Manchester City.

Defender Eric Garcia has also joined Barca as a free agent from City, with the Spanish club struggling to pay large transfer fees due to a deep financial crisis. Barca has also paid nine million euros to activate a clause to recall right-back Emerson from Real Betis.

Koeman is a long-time admirer of Depay and coached him with the Netherlands national team until he left that job to take over at Barca last year. He was in the crowd in Amsterdam on Thursday to see Depay score an early penalty for the Netherlands in their 2-0 victory over Austria at Euro 2020

The 27-year-old was reportedly close to sealing a 25-million-euro move to Barca last year while a reduced fee was also mooted in January, but the club decided to wait for his contract to expire.

He will likely compete with Sergio Aguero for the central striker position as Koeman looks for more of a physical presence up front. Barcelona's financial problems mean the club are expected to sell a number of fringe players this summer.

Philippe Coutinho, Samuel Umtiti and Miralem Pjanic are among those likey to leave.