Barcelona visits Real Madrid in what could be Messi's last Clasico 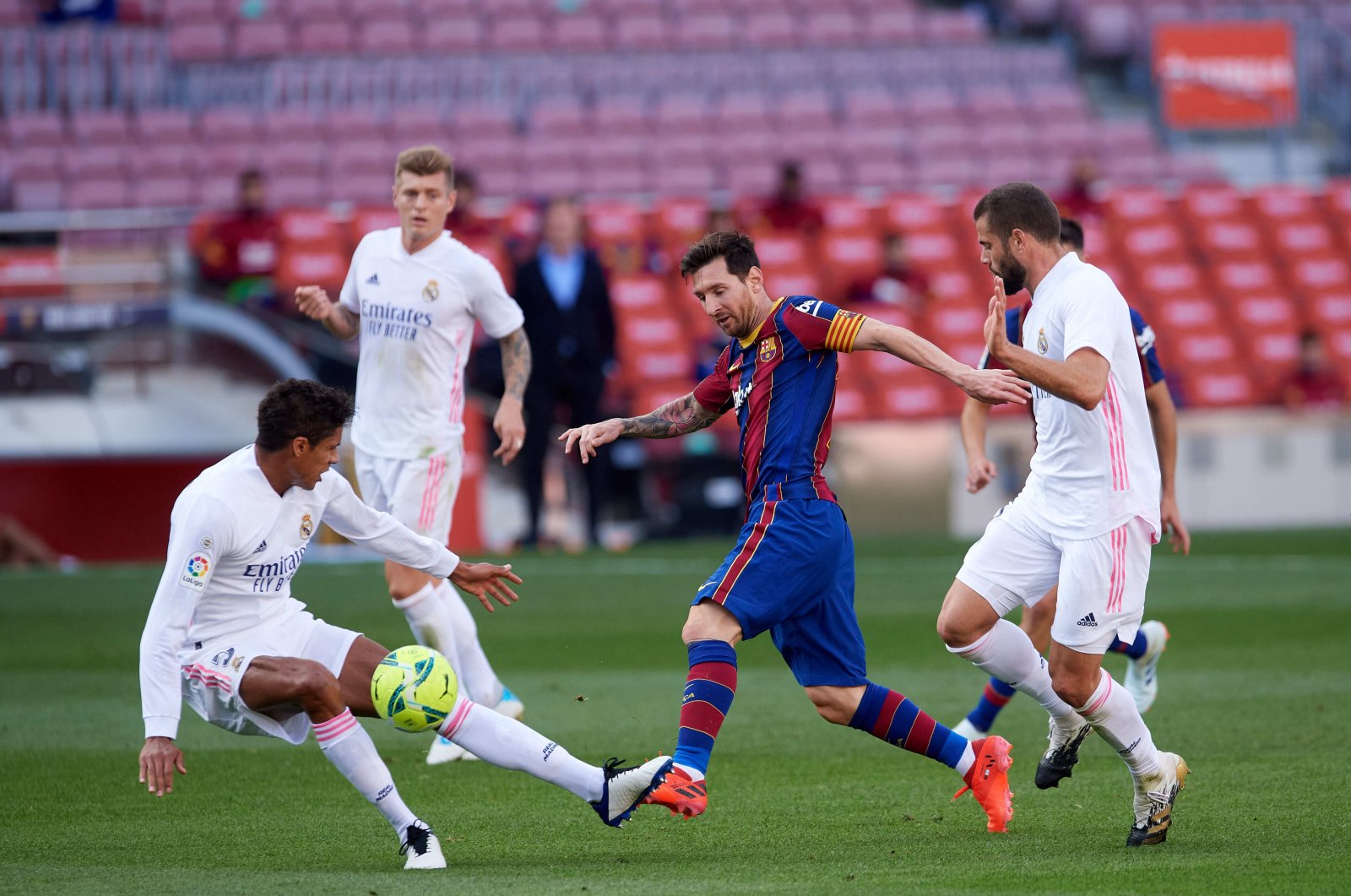 While Real Madrid and Barcelona gear up to face each other for the ultimate clash that could determine the outcome of the La Liga title race, many wonder whether it will be Lionel Messi's last Clasico

Barcelona prepares to face Real Madrid on Saturday in what could be the most decisive “Clasico” in recent years, as La Liga’s two behemoths try to unseat Atletico Madrid from the top with less than 10 matches left before the season’s end.

The reward for the winners on Saturday will be knocking Atletico Madrid out of first place for the first time since December, before Diego Simeone’s side mounted a run that saw them go 10 points clear with a game in hand at the start of February.

But Atletico's recent struggles, combined with a surge in momentum for Madrid and Barca, have seen that advantage evaporate. The question now is whether Simeone's men can recover and regroup to even stay in the race through the final stretch.

Who Atletico has to hold off or, more likely, catch in the last nine games could depend on this weekend's result at the Alfredo di Stefano Stadium, where both clubs will be hoping for the ultimate vindication of recent improvement.

Zinedine Zidane's side is flying high after their comprehensive 3-1 victory over Liverpool in the Champions League quarterfinal first leg on Tuesday.

Madrid forward Karim Benzema has warned that they need to keep Lionel Messi, who has scored 12 goals in his last 10 league appearances, out of the game if they are to get the three points.

"It'll be a tough game against a side who like to dominate the ball," Benzema said, according to Reuters.

"They've got a great goalkeeper and of course Messi, the player who does everything for Barcelona. We need to be wary of him because he's so, so dangerous.

"Just like in the first meeting this season we'll go out on the pitch looking for the win, it's a final for us."

The hosts will be without injured captain Sergio Ramos and center back partner Raphael Varane, who is isolating following a positive COVID-19 test.

However, Eden Hazard and Dani Carvajal could both be available for Zidane after returning to full training.

Success for Barcelona, meanwhile, would be another significant checkpoint in what has been an uplifting few months, but it could also mark the last Clasico for Messi.

Messi's every goal and glance this season has been analyzed for possible indications as to the 33-year-old's thinking but what is clear is how the atmosphere at Barca has changed since he asked to leave for free last August.

Joan Laporta's election as club president, replacing Josep Maria Bartomeu, has brought enthusiasm and, crucially, a sense of direction again, even if the financial problems from the last regime are still very much the problems of the new one.

Messi is not expected to consider offers to renew his contract until the end of the season, but Laporta has been pulling hard on the heartstrings.

"Today was the 20th anniversary of a boy named Leo Messi who debuted in the youth teams of Barca," Laporta said in his victory speech last month, according to Agence France-Presse (AFP).

"To see Leo come to vote, the best player in world soccer, with his son for me, is an example of what we've said, that Leo loves Barca and how we are all one big family."

More persuasive might be what Messi has seen and felt on the pitch, witnessing a team that was broken a year ago gradually piece itself back together under manager Ronald Koeman.

Koeman has trusted the club's youngsters and Messi has nurtured them. Pedri, Ronald Araujo, Sergino Dest, Oscar Mingueza and Ilaix Moriba have flourished.

Mingueza, Ilaix, Trincao and Dest have all scored their first La Liga goals, all of them assisted by Messi.

And Messi has thrived too, reclaiming his place at the top of the league's scoring charts with 23 goals so far and 19 goals in 20 games since the turn of the year.

It may not be enough, given Barcelona was also convincingly beaten by Paris Saint-Germain in the last 16 of the Champions League, the competition Messi centers round more than anything else.

Beating Athletic Bilbao in the final of the Copa del Rey or even Real Madrid and Atletico to the title in La Liga could still see Messi bid farewell.

But if this is to be his last Clasico, 16 years after his first, 44 games that have included 26 goals and two hat tricks, Messi might see it now as an extra season well spent, the sense of deflation and bitterness gone, and his own place in the revival secure.

"There is only one person who can decide his future and it is him," Koeman said in February. "I would like him to stay for many more years and I just try to make sure he is happy, like he is at the moment."

Whatever the result, Atletico will have the chance to go back to the top of the table on Sunday when it faces Real Betis.

But Atletico will have to do it without two star players, Luis Suarez and Marcos Llorente, who are both suspended. Sevilla in fourth, play away at Celta Vigo on Monday.