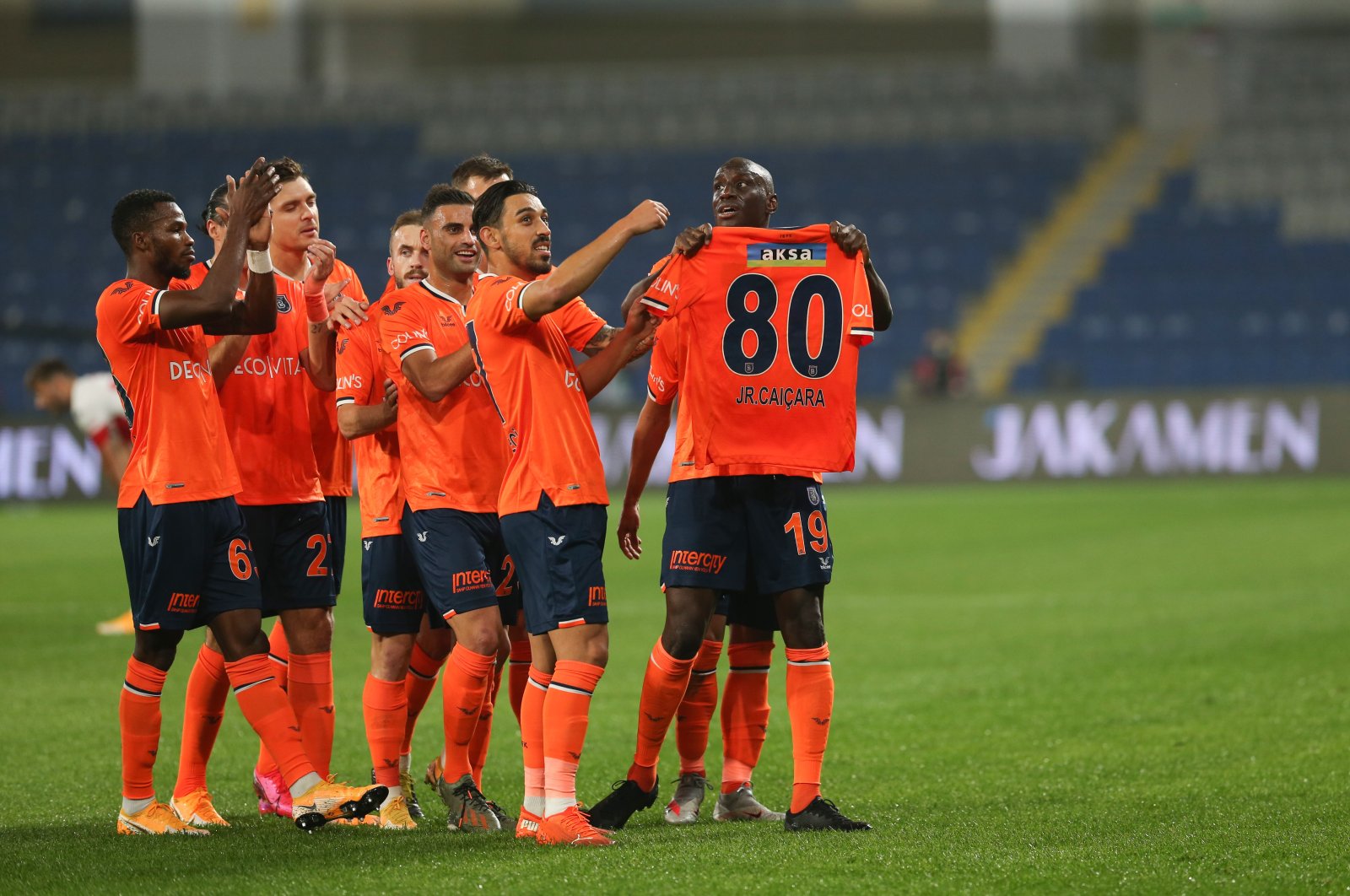 The domestic campaign of the Turkish titleholder, Medipol Başakşehir finally seems to be back on track after their second win in a row against Fraport TAV Antalyaspor.

Sealing last week's victory by scoring the second goal, captain Edin Visca this time took part in the opening scene with an 11th-minute penalty. The Bosnian winger and his teammates gathered together to dedicate the goal to Brazilian defender Junior Caiçara, who went through an operation after suffering from Achilles tendon rupture during Tuesday's UEFA Champions League match ending in a 2-0 away defeat against German side RB Leipzig.

Retired Germany forward Lukas Podolski fired the equalizer for the Mediterranean side in the 14th minute, only to be responded by Visca in the 23rd.

Turkey midfielder Irfan Can Kahveci, who won the match for the team last week, waited just three minutes to score the third goal.

Giuliano, who substituted Deniz Türüç in the 71st minute, scored 12 minutes later with Ba's pass and set the score.

Başakşehir, which will face Ittifak Holding Konyaspor next week, climbed to 10th spot in the league table with seven points. Antalyaspor, standing sixth with eight points, will face a daunting task next week: league leader Fenerbahçe.

In addition to Caiçara's serious injury, a serious concern for Başakşehir now would be its seriously battered right-wing as Brazilian right-back Rafael Pereira da Silva was out after the first half over an injury and his replacement Mahmut Tekdemir also left the game injured in the 68th minute. Another right-back Uğur Uçar has long been out.

Coach Okan Buruk said he hopes the team can carry this performance to the remaining Champions League matches in Group G, where they also face Paris Saint-Germain and Manchester United.