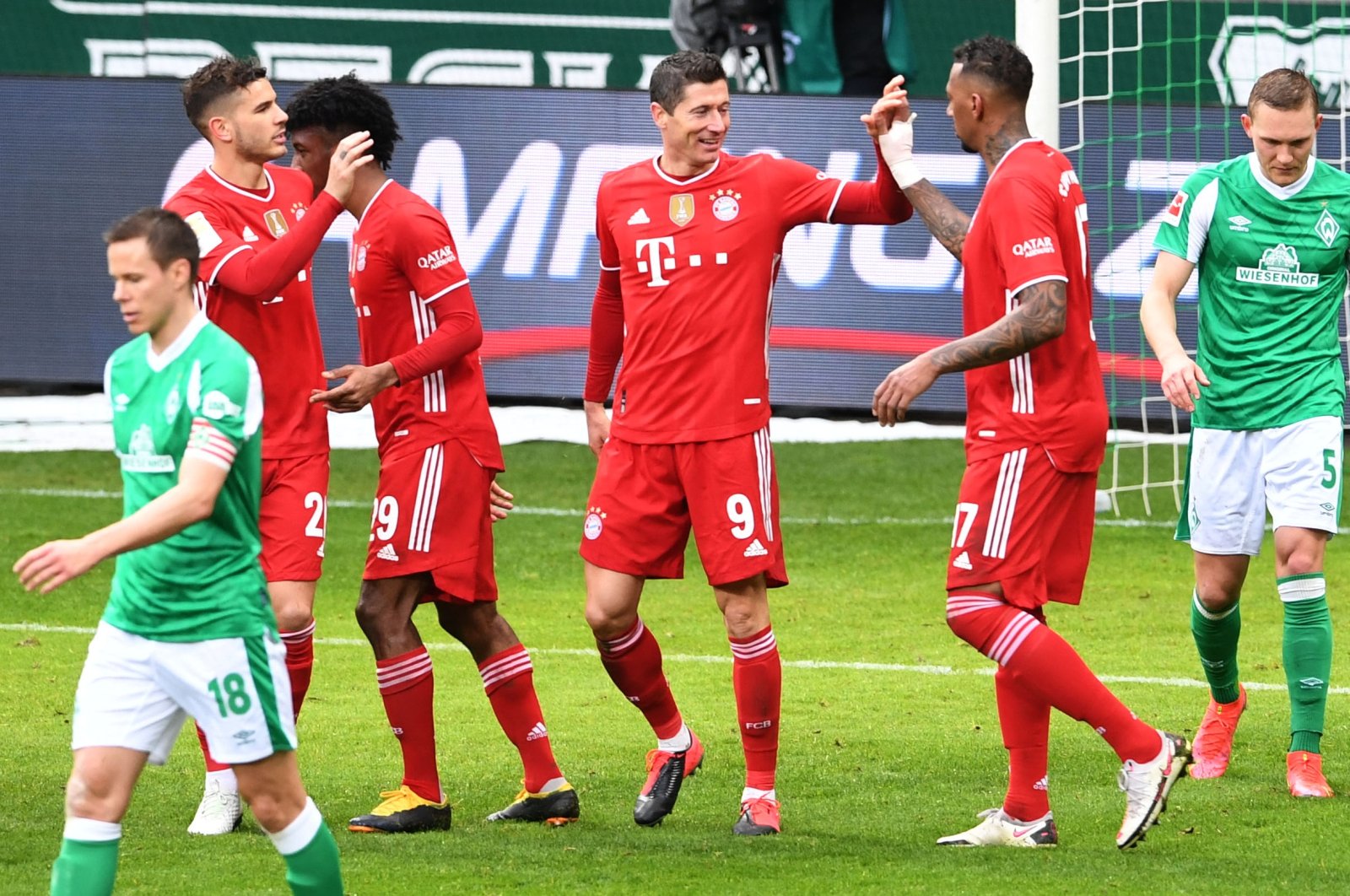 Defending European champions Bayern Munich will be looking toward an easy day at work when it hosts Lazio in the Champions League last eight, second-leg match on Wednesday.

The Germans are all but assured of a place in the quarterfinals after a dominant performance in the first leg in Rome. Robert Lewandowski scored Bayern's first goal in that game and he's been in strong form in the three Bundesliga games since then with six goals.

The one downside for Bayern ahead of Wednesday's game is a less-than-stellar defensive record, with at least one goal conceded in each of its last six games following the Club World Cup final last month.

Lazio has conceded seven goals in the three matches it has played since the first leg. It lost two of those matches and only managed a narrow 3-2 win over bottom club Crotone in its last outing.

Forward Ciro Immobile, the European Golden Shoe winner last year, has failed to find the back of the net in his past six appearances.

English giant Chelsea, in the meantime, will be happy to be back home for European ties. German teams couldn't travel to Manchester or Liverpool, but Atletico is able to go to London without having to quarantine on its return to Madrid.

Thomas Tuchel heads into the game enjoying a 12-game unbeaten start as Chelsea manager but the team is still only just clinging onto fourth place in the Premier League.

Atletico is top in Spain but has been struggling recently, with its once-comfortable league lead dwindling in recent weeks. The Madrid side has drawn two of its four matches since the first-leg loss to Chelsea in February, and coach Diego Simeone will have to concentrate on keeping the team's spirits high entering the match in London.