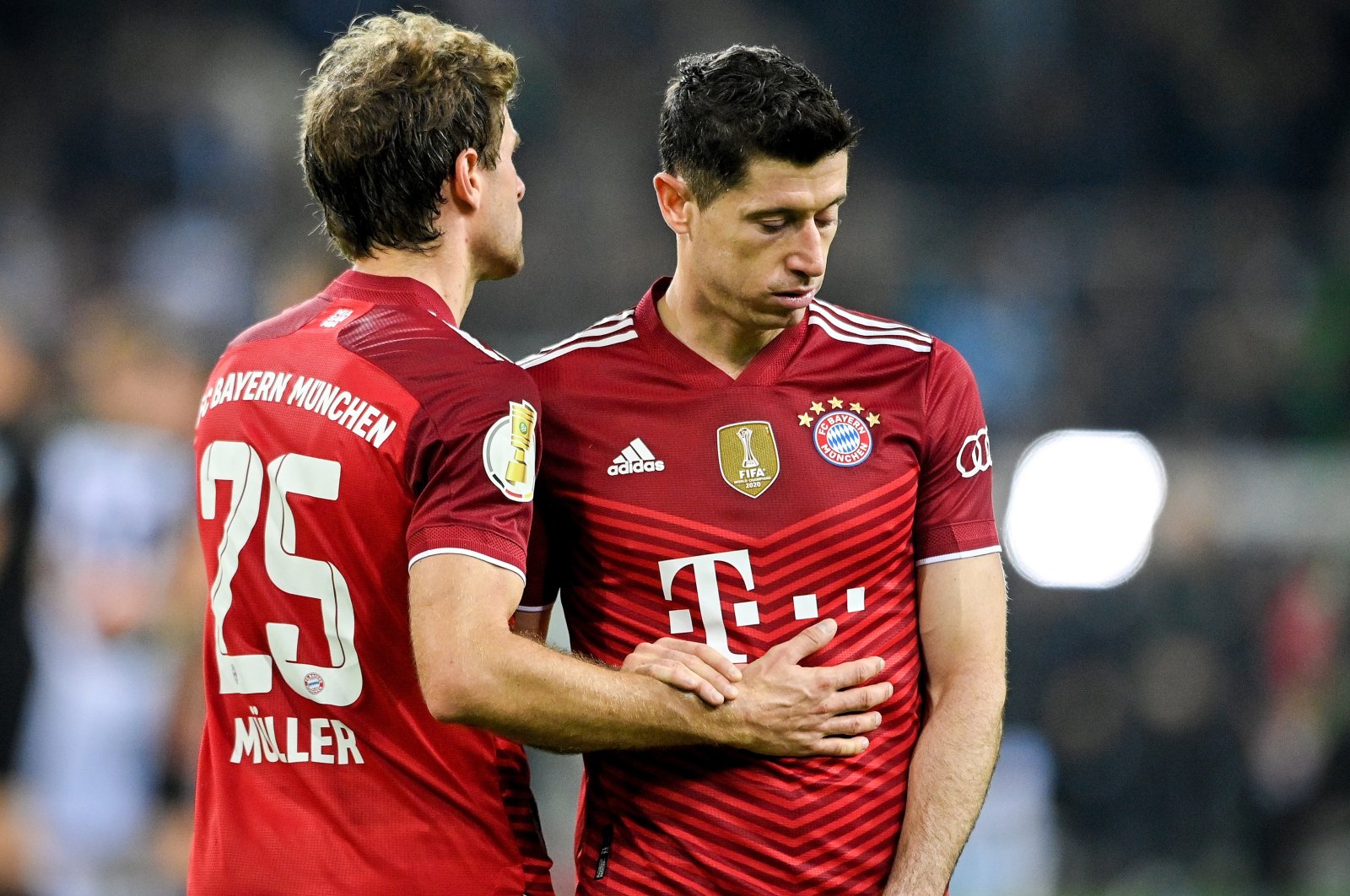 Wednesday's defeat was Bayern's worst ever in the cup competition and the heaviest in a domestic game since a 7-1 Bundesliga defeat at Fortuna Dusseldorf 43 years ago.

"It's hard to understand what happened yesterday," Lewandowski admitted on Instagram.

"Defeats hurt, but we have to draw conclusions to come back stronger. I am convinced that we will give you reasons for a lot of joy soon."

Muller congratulated Gladbach on Instagram but also said: "That was definitely not 'bayernlike' – we have to say sorry to all our fans and supporters.

"Nevertheless we have to take it as professional as it’s possible and get all that negative stuff out of our heads till Saturday."

Bayern visits fifth-placed Union Berlin on Saturday as Bundesliga leader and has a Champions League date against Benfica before taking on currently unbeaten surprise team Freiburg in the league.

Captain Manuel Neuer also urged an instant reaction as he said "this can't happen to us like this. Now we have to react on Saturday."

Freiburg coach Christian Streich meanwhile readily admitted he was happy not to face Bayern this weekend as the club will be extra motivated.

"I hope that next week they will be able to act out certain things so that they don't have to act out everything in 10 days' time," Streich said.

"They have huge quality. They don't look for mistakes in others but in themselves," he added.