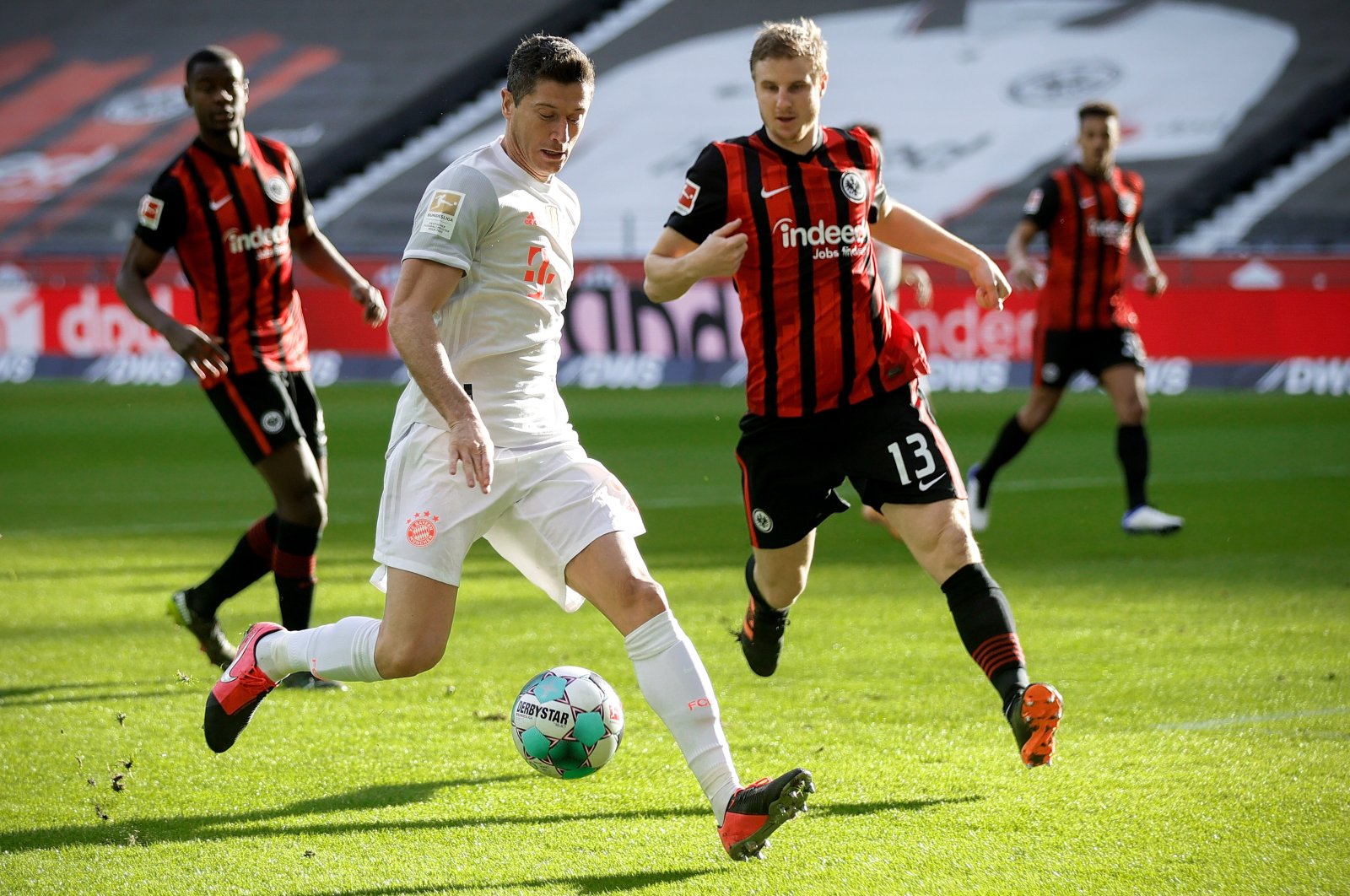 Bayern Munich is showing chinks in its armor after dropping points and leaking goals in the Bundesliga.

The reigning European champion crashed to a 2-1 league defeat at Eintracht Frankfurt on Saturday, having already been held to a 3-3 home draw by strugglers Arminia Bielefeld last Monday. Now its commanding lead in the Bundesliga has been slashed from seven points in early February to just two after second-placed Leipzig's 3-0 win at Hertha Berlin on Sunday.

Its defense remains a cause for concern having conceded 31 goals after 22 league games – its worst record at the back for 29 years, Agence France-Presse (AFP) reported.

Five dropped points over two Bundesliga games has given rivals hope and increases the pressure on Bayern’s tired players since winning the Club World Cup in Qatar 11 days ago.

The coronavirus is also having an adverse effect on the team with Thomas Müller and Benjamin Pavard out of the match in Rome, though Javi Martínez and Leon Goretzka have recovered.

The latter made his comeback Saturday with a second-half appearance but couldn’t prevent Bayern’s loss at Frankfurt. French midfielder Corentin Tolisso is also out after tearing a muscle in training last week.

Lazio is in good form ahead of its first appearance in the knockout stage for 20 years. The Italian club struggled more than expected against Sampdoria but saw out a 1-0 win to claim its seventh victory in eight Serie A matches.

Its injury problems are easing but defenders Ștefan Radu and Luiz Felipe and goalkeeper Thomas Strakosha are all still out.

Atletico and Chelsea meet for the first leg of their Champions League last 16 tie on Tuesday in Bucharest on the back of contrasting seasons so far.

Despite splashing out 254 million euros ($308 million) on new players, in a coronavirus-deflated transfer market, Chelsea finds themselves fifth in the Premier League – something that has cost club legend Frank Lampard his job.

Another change of manager was deemed necessary as Roman Abramovich appointed Thomas Tuchel just to salvage a top-four finish and Champions League football next season.

Atletico's form has dipped in recent weeks, but it still enjoys a three-point lead at the top of La Liga with a game in hand over Real Madrid to spare.

Diego Simeone’s side rode a scoring streak by Luis Suárez to take a commanding lead but it has stumbled with only one win in its last four rounds.

Simeone has moved away from his standard 4-4-2 formation, which Atletico used to topple then defending European champion Liverpool last season. Now Simeone favors a three-man backline and uses two high wing backs to support Suárez and João Félix in the attack.

Winger Yannick Carrasco, however, is doubtful for Tuesday's match so that may alter his strategy, according to Associated Press (AP)

Tuchel has yet to lose any of his seven matches in charge since taking over as Chelsea manager at the end of January. His approach is already clear – high wing backs, two sitting midfielders, two inside forwards supporting the striker – and it has made Chelsea much harder to beat compared to the side under his predecessor, Lampard.

The team has hardly been free-flowing, however, and goals might be hard to come by against Atlético's famously tough defense.

The first leg is taking place in Bucharest, Romania, because of travel restrictions preventing visitors from Britain from entering Spain.