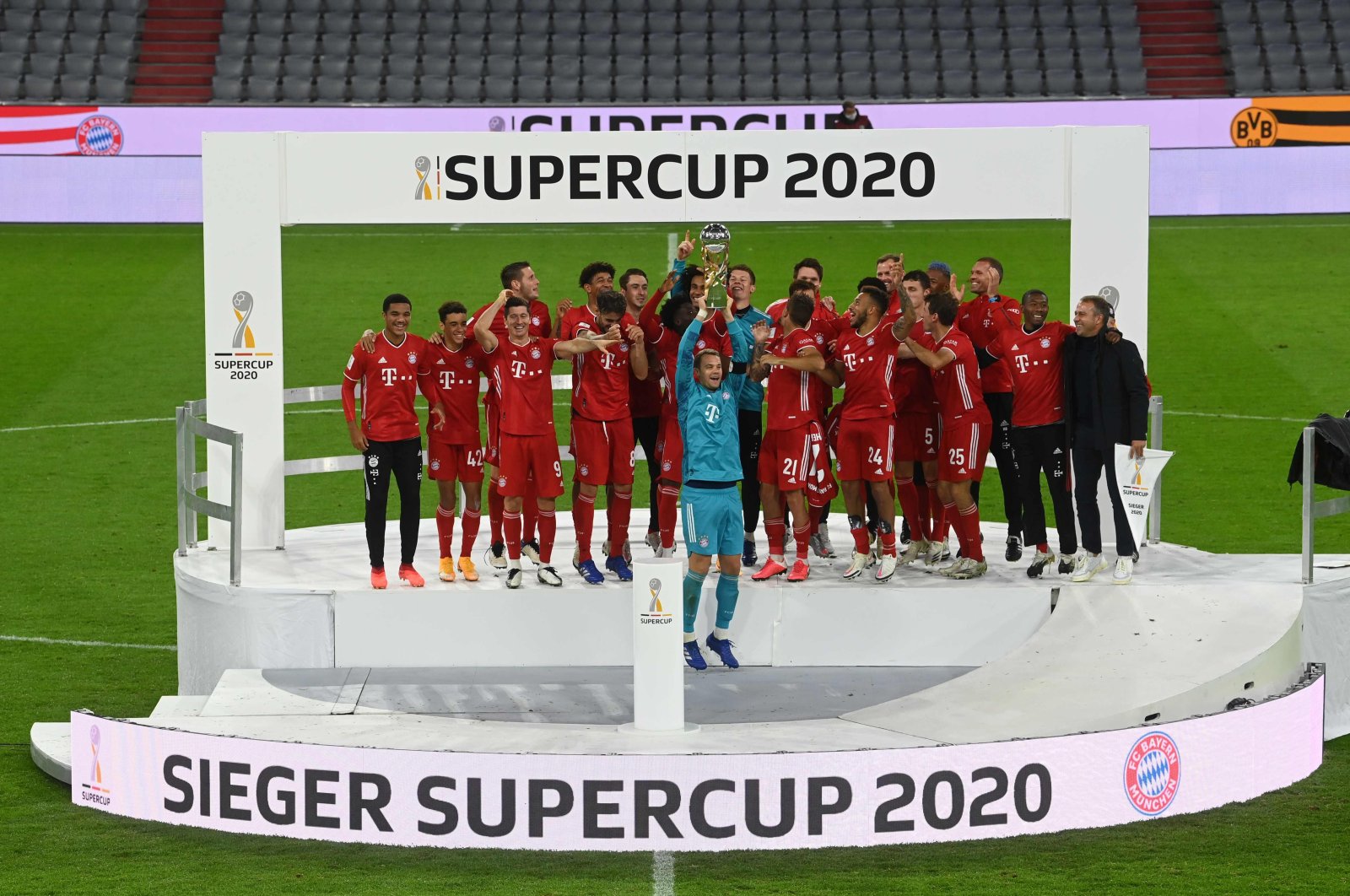 Dortmund fought back from 2-0 down to level the score, before the two goalkeepers made the difference.

Bayern's Manuel Neuer showed superb reactions to palm away Erling Haaland's shot when one-on-one with the Norwegian striker. Dortmund's stand-in keeper Marwin Hitz could only parry Kimmich's shot in the 82nd minute and the midfielder stretched to flick in the rebound while falling.

For Bayern it was a morale-boosting recovery after losing 4-1 to Hoffenheim on Sunday to end a 32-game unbeaten run. It also marked the third win in a row against Dortmund.

Kimmich's winner was the second Bayern goal on a rebound after Corentin Tolisso was left with a simple finish to open the scoring in the 18th when Hitz pushed his first shot onto the crossbar following a lightning-fast counterattack the length of the field.

Bayern made it 2-0 through Thomas Müller's header in the 32nd after Dortmund backed off Alphonso Davies and gave him time to play a cross perfectly weighted to meet Müller arriving at the far post.

Haaland hauled Dortmund back into the game, setting up Julian Brandt to score in the 39th and then scoring himself in the 55th in a move which began when Manuel Akanji muscled Lewandowski off the ball in the midfield.

It was the last game before retirement for Bibiana Steinhaus, who became the first female referee to oversee men's Bundesliga games in 2017.

The German Super Cup is the fifth trophy Bayern won in 2020 in addition to the Bundesliga, the German Cup, the Champions League and the European Super Cup. Hans-Dieter Flick's side is now one title away from the record six trophies won by Pep Guardiola's Barcelona in 2009.