beIN Sports engages in legal spat with Fenerbahçe over logo use 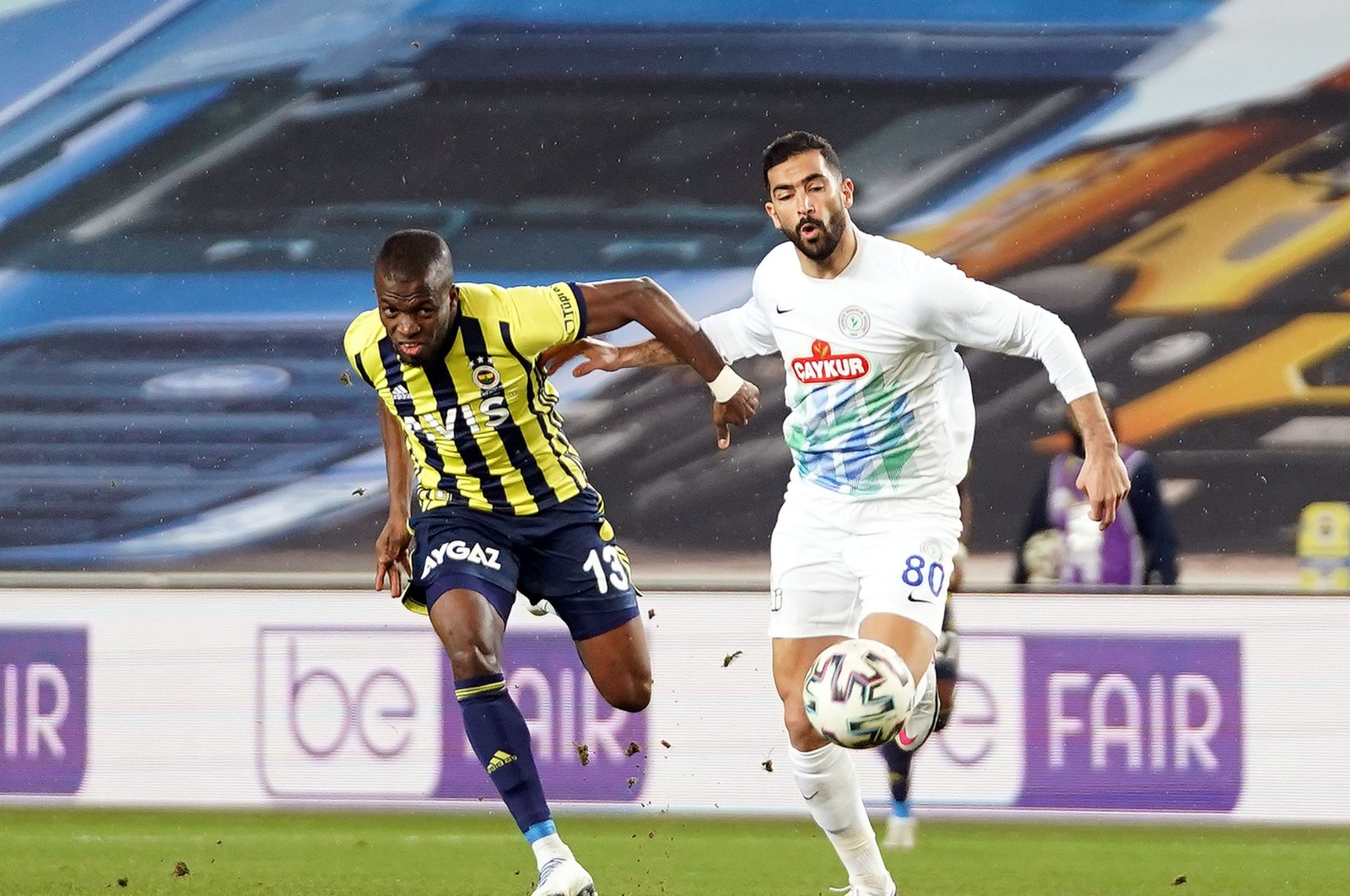 Fenerbahçe's Enner Valencia in action against Rizespor's Yassine Meriah, against the backdrop of a sign reading "Be Fair" in protest of broadcaster bein Sports, in Istanbul, Turkey, Jan. 30, 2021. (İHA Photo)
by Daily Sabah with Reuters Feb 26, 2021 1:16 pm
RECOMMENDED

With a legal complaint, the broadcaster wants to stop Fenerbahçe players from wearing doctored versions of the company logo as part of the club's protests against what it says is beIN's biased coverage of its matches.

Two beIN sources told Reuters that the company launched the legal action on Wednesday at a Turkish intellectual property court to stop the club using the protest logo "beFAIR." One of the sources said further legal action was being prepared.

Fenerbahçe accuses beIN of manipulating video assistant referee (VAR) replays, fixing camera angles and showing one-sided highlights to undermine the team and favor its opponents, charges which the broadcaster denies. beIN has held the exclusive domestic and international rights to the Turkish top league since 2016, a contract worth around $400 million a season until the end of 2021/2022.

Fenerbahçe, one of the three Istanbul giants alongside Galatasaray and Beşiktaş, lies third in the Süper Lig but has lost two of its last three matches. The club said it would respond to news of the legal action later on Thursday but no comments were made as of Friday.

At a home league game on Sunday, players warming up wore shirts emblazoned with "beFAIR" branding in the broadcasters white and purple colors. Advertising displays pitchside showed the same logo.

beIN denies the club's allegations, insisting it cannot control replays or alter camera angles. A beIN Media Group spokesperson said it would take whatever legal action is necessary because it was defending "the economic foundation of football." One of the sources said beIN was not seeking damages with the legal action, but only that Fenerbahçe stop using the doctored logo.

Fenerbahçe chairperson Ali Koç has threatened to boycott the broadcaster by calling on fans to cancel their subscriptions. Koç said after a game in January that fans should post about the broadcaster's "hostile" attitude against Fenerbahçe on social media. "I've stood by them (beIN). I told them we were in the same ship. But if our problems are not solved... we will show them what Fenerbahçe is," he told reporters.

Last month the club, saddled with debts of $700 million, signed Mesut Özil after he fell out of favor at Arsenal. To help cover the cost of his move and his $3.5 million a year salary it appealed to fans for cash, changing the name of an existing fundraising campaign to 'MesutOL' (Be Happy).