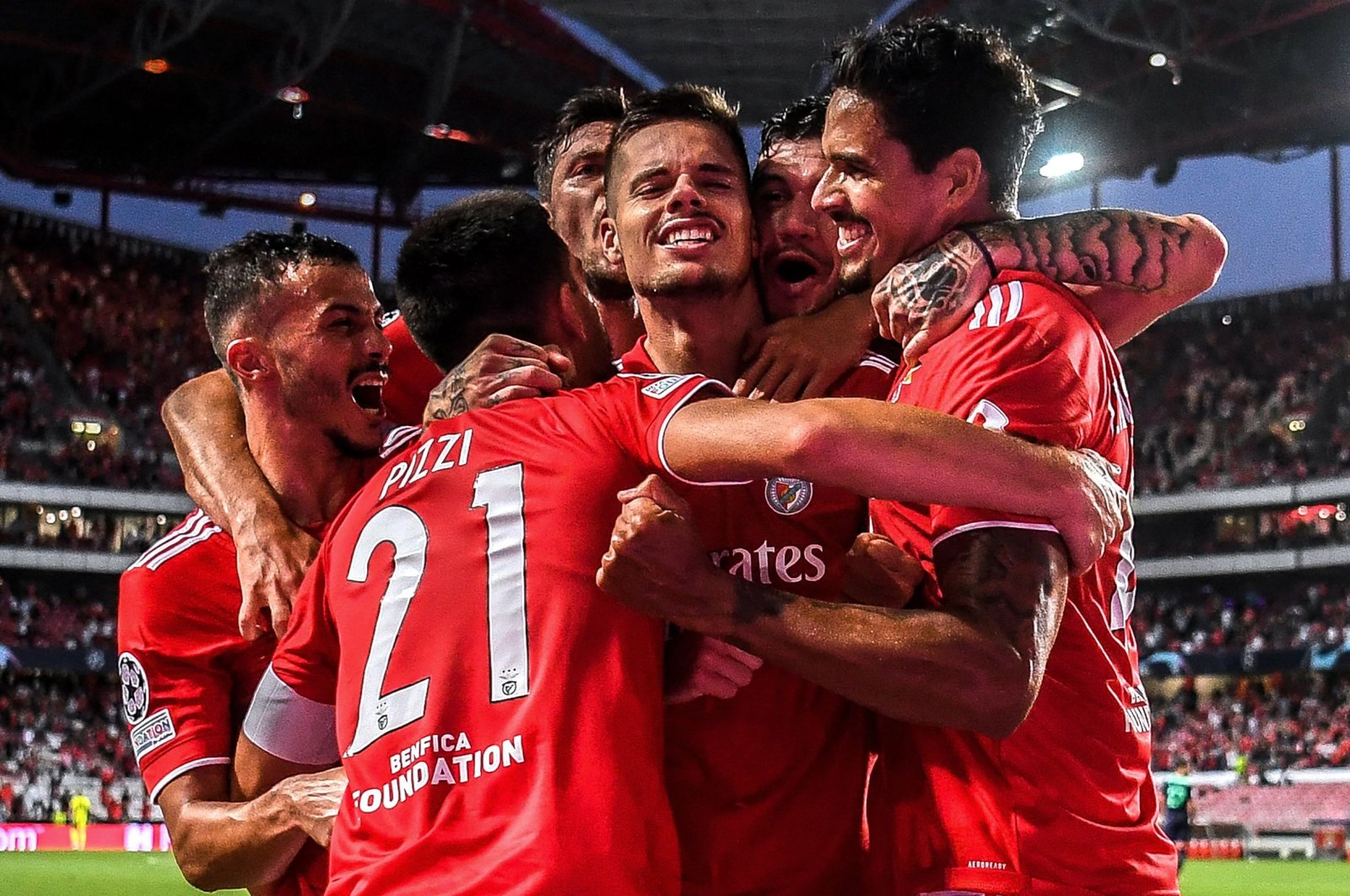 The two-time European champions Benfica, who lost to PSV in the 1988 final, are looking to return to club football's top table after losing in qualifying last season.

"Away goals don't count now, but 2-0 is much better than 2-1," said Benfica coach Jorge Jesus, referring to UEFA's scrapping of the away goals rule.

"At this stage, when you're playing with these teams, the home or away factor doesn't count for much. Everyone can win, we can also go to Eindhoven to win."

It was the fifth match of the campaign already for PSV, who have already knocked out Galatasaray and Midtjylland.

Portugal forward Rafa Silva gave the hosts the lead in the 10th minute, latching onto close-season signing Roman Yaremchuk's clever pass and sliding a low finish into the bottom corner.

But PSV winger Gakpo dragged his side back into the tie less than six minutes after the break with a wonderful individual goal, embarking on a driving run from inside his own half before finding the net from 20 yards out.

Mario Goetze was denied an equalizer by an excellent tackle by Rafa Silva as PSV pushed to no avail.

Benfica knows it can book a spot in the group stage draw, to be held in Istanbul on Thursday, Aug. 26, if they avoid defeat in Eindhoven next Tuesday, but Gakpo's strike will give PSV confidence.

"Everything is still open for the second leg in our stadium," insisted PSV winger Bruma. "We have to stay focused and do our work next week. We're going to go for it."

Elsewhere, Swiss champions Young Boys took a big step towards only a second group stage appearance since the competition was revamped from the European Cup with a 3-2 win over Ferencvaros in Bern.

After early goals for both sides, Young Boys played for over an hour with 10 men after Silvan Hefti was sent off.

Myrto Uzuni missed the resulting spot kick for the Hungarians and Vincent Sierro's stunning long-range strike put the home side in front in the 40th minute.

The day's other match saw Malmo beat Ludogorets Razgrad 2-0 thanks to goals from Veljko Birmancevic and Jo Inge Berget in Sweden.

On Tuesday, Pedrinho scored the winner as Shakhtar Donetsk claimed a 1-0 victory in Monaco, while Salzburg got the better of Brondby 2-1 and Moldovans Sheriff Tiraspol brushed aside Dinamo Zagreb 3-0.

Japan international Kyogo Furuhashi's sixth goal in as many games for Celtic helped the Scottish giants to a 2-0 Europa League play-off first-leg victory at home to AZ Alkmaar Wednesday.

Furuhashi put the Glasgow club ahead early on after good work by Tom Rogic, and James Forrest scored a deflected second-half goal to ensure Celtic established a useful lead ahead of next week's second leg in the Netherlands.

The victory made it five wins in a row for new Celtic manager Ange Postecoglou.

Alkmaar, who had an early penalty appeal rejected when Zakaria Aboukhlal went down under a challenge from Stephen Welsh, came even closer to scoring when Vangelis Pavlidis's shot deflected off Joe Hart's toe and then hit a post before being diverted into the hands of the former England goalkeeper.

The Dutch club's misfortune was compounded when Celtic went ahead in the 12th minute.

Celtic pushed for a second goal, with Rogic continuing to produce penetrating passes for the Hoops' forwards.

But at the other end, Hart saved well from Aboukhlal and early in the second half Alkmaar almost equalized only to see Thijs Oosting shoot over from eight yards out.

Celtic doubled its lead in the 61st minute, when Furuhashi played the ball to Forrest, who, with his back to goal, still managed to get in a shot which took a huge deflection off Timo Letschert and wrong-footed the goalkeeper.

Rogic then came close to capping his fine display with a goal, a long-range shot to be tipped over the crossbar.

Celtic almost added a third goal late on, with Odsonne Edouard denied twice before substitute Adam Montgomery's header was cleared off the line.