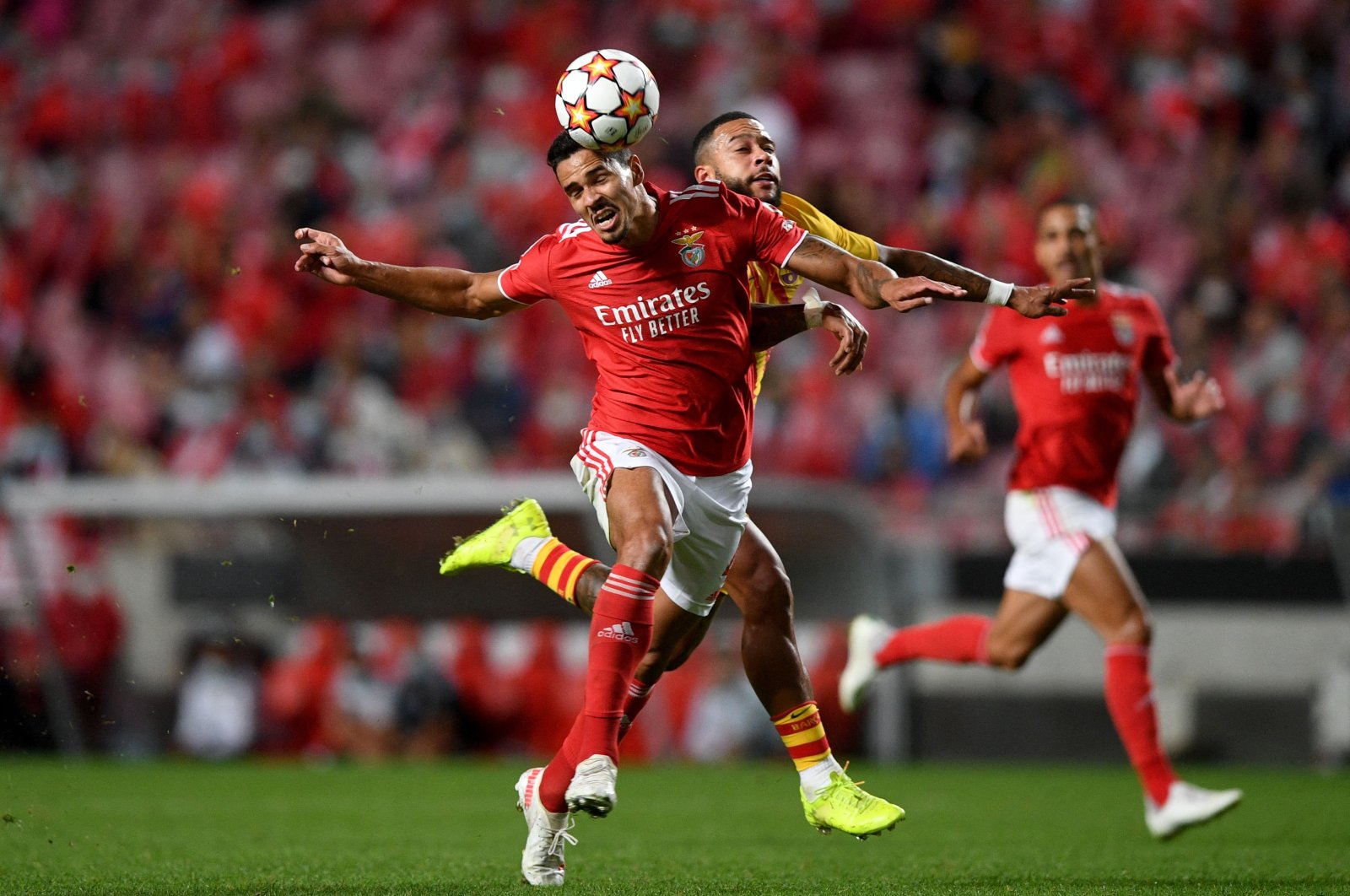 After a second 3-0 defeat in the Champions League, Barcelona faces the real risk of an early exit while also putting coach Ronald Koeman's future at the club at peril

Catalan giant Barcelona fell deeper into chaos following a 3-0 thumping by Benfica in the Champions League, while holder Chelsea was narrowly edged out by Juventus and Manchester United was once again rescued by Cristiano Ronaldo.

Ronald Koeman's Barcelona side already looks at real risk of an early exit from this season's Champions League after suffering a second 3-0 defeat in as many games in Group E and finishing the match in Lisbon with 10 men.

Uruguayan forward Darwin Nunez starred for Benfica, opening the scoring early on and then hitting the post early in the second half. He later completed the rout from the penalty spot following a Sergino Dest handball, while in between Rafa Silva also netted for the Portuguese former European Cup winners.

Eric Garcia was sent off for Barcelona, who has now conceded 11 goals in its last two visits to the Estadio da Luz, the scene of its 8-2 annihilation at the hands of Bayern Munich in the 2020 quarterfinals.

Barca is rock bottom of its group while Bayern followed its victory at the Camp Nou a fortnight ago with a 5-0 home win over Dynamo Kyiv, with Robert Lewandowski's first-half brace setting the Bavarians on their way.

Lewandowski, who netted the opener from the penalty spot, now has a career tally of 77 Champions League goals, third in the all-time list behind Ronaldo and Lionel Messi.

Barcelona's defeat leaves Koeman – who took Benfica to the Champions League quarterfinals in 2006 – in an even more fragile position. It has made it to the knockout rounds in each of the last 17 seasons.

"I can't say anything because I don't know what the club feels about this," said Koeman about his future. "We'll see."

Chelsea will still be expected to qualify for the last 16 despite losing 1-0 to Juventus in Turin with Federico Chiesa scoring the only goal of the game 10 seconds into the second half.

The star of Italy's Euro 2020-winning side latched onto Federico Bernardeschi's assist to beat Edouard Mendy and give Massimiliano Allegri's team a second straight win in Group H.

Juve is still adapting to life since the return of Allegri as coach and the departure of Ronaldo but this could be a formative result for them against the holders.

"We gave a cheap goal away and that made things more complicated for ourselves," said Chelsea coach Thomas Tuchel.

Chelsea had started its defense of the trophy with a 1-0 win over Zenit St. Petersburg, and the Russian champion bounced back to beat Malmo 4-0.

Claudinho, who won Olympic gold with Brazil in Tokyo, opened the scoring before Daler Kuzyaev, Aleksei Sutormin and Wendel all added second-half goals.

Ronaldo popped up in the last of five minutes of stoppage time to score and give United a 2-1 win over Villarreal at Old Trafford.

Jesse Lingard cutely set up Ronaldo to score his record-extending 136th goal in the competition as United bounced back from its last-gasp defeat to Young Boys in Bern last time out.

Alex Telles had earlier hauled the hosts back level on the hour mark with a superb first-time volley from a Bruno Fernandes delivery for his first goal for Ole Gunnar Solskjaer's side.

Paco Alcacer had given Villarreal the lead in what was a rematch of last season's Europa League final, won by the Spanish outfit on penalties.

"We had to throw caution to the wind and got lucky in the end," said Solskjaer. "When you've got Cristiano on the pitch there is always a chance."

United and Young Boys trail a point behind Group F leader Atalanta, who defeated the Swiss champion 1-0 in Italy with a Matteo Pessina goal.

Burak Yılmaz pulled one back for Lille but it wasn't enough, while Sevilla snatched a 1-1 draw at Wolfsburg after a late Ivan Rakitic penalty canceled out Renato Steffen's opener for the Germans, who had Josuha Guilavogui sent off.