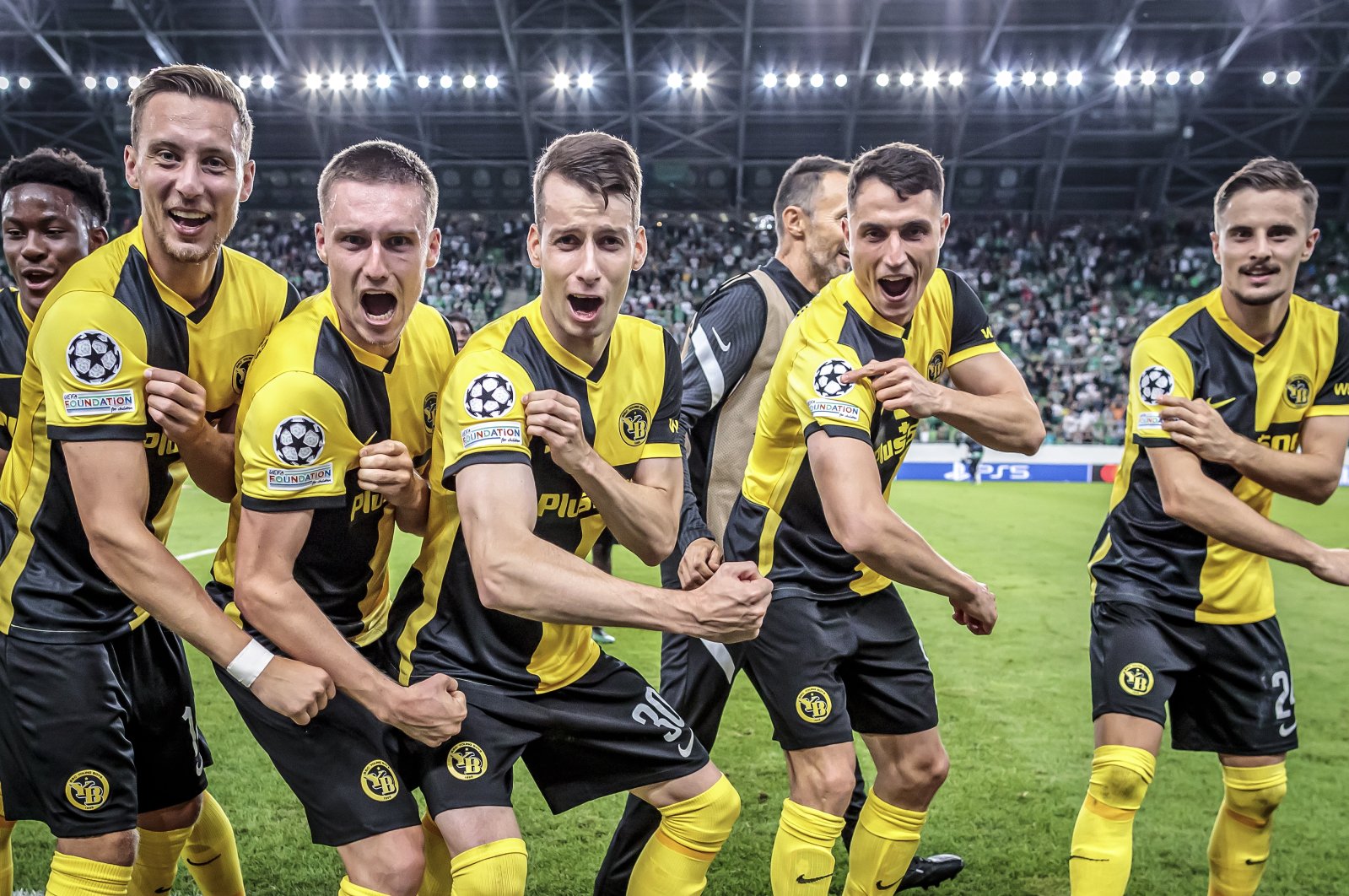 Ten-man Benfica held on for 0-0 draw at PSV Eindhoven with a 2-1 aggregate playoff win over the Dutch side after having defender Lucas Verissimo sent off in the first half.

Young Boys joined the Portuguese side after a 3-2 victory at Ferencvaros secured a 6-4 overall win against the Hungarians and Malmo followed in their footsteps despite a 2-1 loss at Bulgaria's Ludogorets as it qualified 3-2.

Benfica captain Nicolas Otamendi said reaching the Champions League group stage was an "objective" after they onto a goalless draw in Tuesday's second-leg at Eindhoven, despite playing the final hour with 10-men.

"The truth is that at the start we had chances against us. Then we were more solid," Otamendi told RMC Sport.

"We're growing a solid squad and we'll need it as we'll be in a lot of competitions.

"We've just fulfilled the first objective. Now we'll rest and be ready for the competition," he added.

Schmidt's counterpart Jorge Jesus rewarded left-back Alejandro Grimaldo with a starting berth after he scored in the weekend's victory at Gil Vicente.

A tight opening half an hour was sparked into life by Verissimo's red card in the 33rd minute.

The center back was shown a second yellow after elbowing Cody Gakpo as the pair attempted to head the ball.

PSV's best chance of the first half fell to Noni Madueke but the English teenager's curling effort skimmed past the far post.

Schmidt's side continued to dominate after the break but found could not break down the Portuguese defense, including 33-year-old Argentina center back Otamendi, despite vocal home support.

On the hour, the host finally broke through but veteran Israel striker Eran Zahavi smashed the crossbar with his half volley at the back post.

Elsewhere, Ferencvaros fell behind to Young Boys on the night early on to a Cedric Zesiger header and then went level on aggregate after Henry Wingo and Ryan Mmaee hit back before Christian Fassnacht put Young Boys back in the driving seat.

The Hungarian side did themselves no favors when Aissa Laidouni was sent off for a second bookable foul in the 64th minute and late substitute Felix Mambimbi struck in stoppage time to seal Young Boys' progress.

Ludogorets, trailing 2-0 from the first leg in Sweden, pulled one back through Anton Nedyalkov in the 10th minute before Malmo's Serbian midfielder Veljko Birmancevic leveled on the night with a screaming long-range effort.

Pieros Sotiriou restored the Bulgarian side's hopes of advancing when he converted a penalty on the hour after Antonio Colak handled but the visitors held on in the closing stages.

In Wednesday's playoff round return leg, AS Monaco visits Shakhtar Donetsk in a bid to overturn a 1-0 deficit while Sheriff Tiraspol takes a 3-0 advantage to Dinamo Zagreb.

RB Salzburg is also at Danish side Brondby after beating it 2-1 at home in the first leg.

The group stages draw will be held in Istanbul on Thursday.