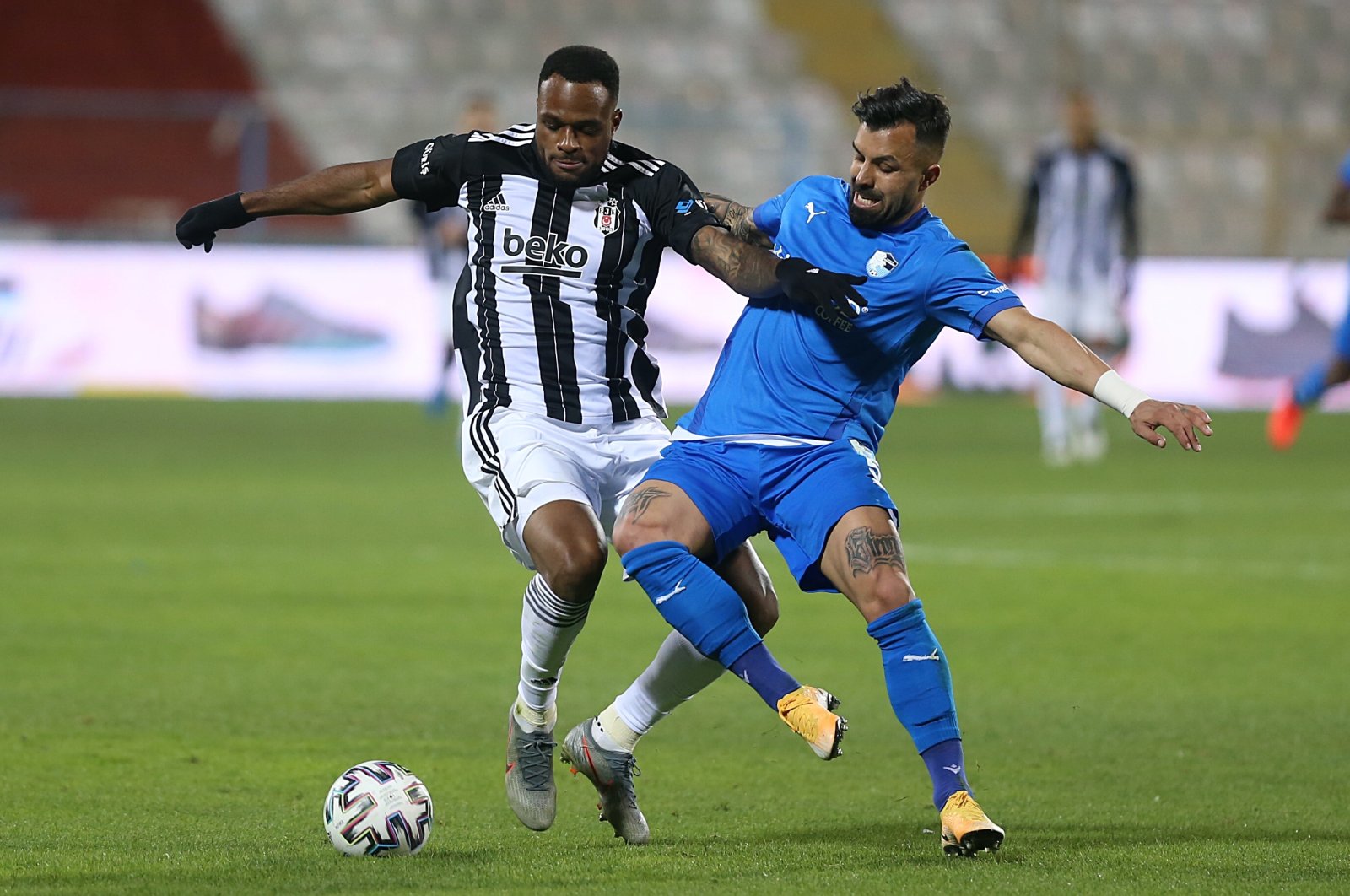 Perhaps playing its worst game of the season since last November, Beşiktaş somehow managed to pass the crucial Erzurumspor barrier with a 4-2 win. But, do not let the score misguide you – Erzurumspor came so close to beating Beşiktaş with the same score several times in the game, but the miracle worker of the Black Eagles, Rachid Ghezzal, saved his team once more.

This was probably the only game since November where Beşiktaş relied almost entirely on its individual talents. Before the game the situation already seemed threatening to careful eyes, as the leader of defensive build-ups, Josef de Souza, was out due to suspension, adding to the injured striker Vincent Aboubakar.

Souza’s absence was a big factor in Beşiktaş’s bad display, as without him it is hard to increase defensive stability and bring the ball to the midfield. Instead of replacing him directly with Dorukhan Toköz, who is rumored to be leaving the club this summer, manager Sergen Yalçın pulled Atiba Hutchinson back to his original position and put Toköz in front.

This affected the team negatively as Hutchinson’s main role is to crowd Beşiktaş’s attack with his runs. Without Hutchinson entering the penalty box, and Toköz waiting out of the penalty box, Cenk Tosun, Cyle Larin and Oğuzhan Özyakup were left alone against a crowded Erzurumspor defense.

However, the problems didn’t end there, since both Tosun and Özyakup are completely out of form. Instead of Aboubakar’s dominant physical game, Beşiktaş had to find opportunities and finish them with physically weak Tosun and Özyakup. The former has an excuse as he came out of a long injury and has not played for a long time, but Özyakup has reached the end of his usefulness for Beşiktaş already and needs to depart at the end of the season.

Regardless, thanks to some blatant goalkeeping mistakes from both sides, the teams scored two goals in the first half. Then, Erzurumspor started the second half with a deafening bombardment, a trademark craze from one of the most unique managers in the league, Yılmaz Vural. Perhaps the best thing Beşiktaş did as a team in the game was to hold fast against this intense pressure between 45th and 65th minutes.

Just at the end of this press, Rachid Ghezzal took the ball in the right wing, dribbled his way past three defenders and placed the ball elegantly inside Erzurumspor’s goal from outside the penalty box. It was complete individual brilliance, against which Erzurumspor players didn’t have an answer. Despite the press, Erzurumspor could not capitalize on its opportunities and Ghezzal immediately punished the side from eastern Turkey.

After this momentum-killer, stadium-silencer goal, the game returned to its normal flow. Beşiktaş’s fourth goal late in the game was not a big occasion, apart from the appearance of a reenergizing, mentally-retired, Gökhan Töre.

However, despite the bad game it played, Beşiktaş as a team did not yield to pressure or mistakes. Unlike Fenerbahçe and Galatasaray, the team shows a much more solid psychological campaign, in which the manager Sergen Yalçın’s well-known carefree attitude must have played a crucial role. If Beşiktaş can hold on to its lead for two more weeks, its opponents will most likely abandon the title campaign.