Beşiktaş kicks off Süper Lig with 3-0 victory against Rizespor 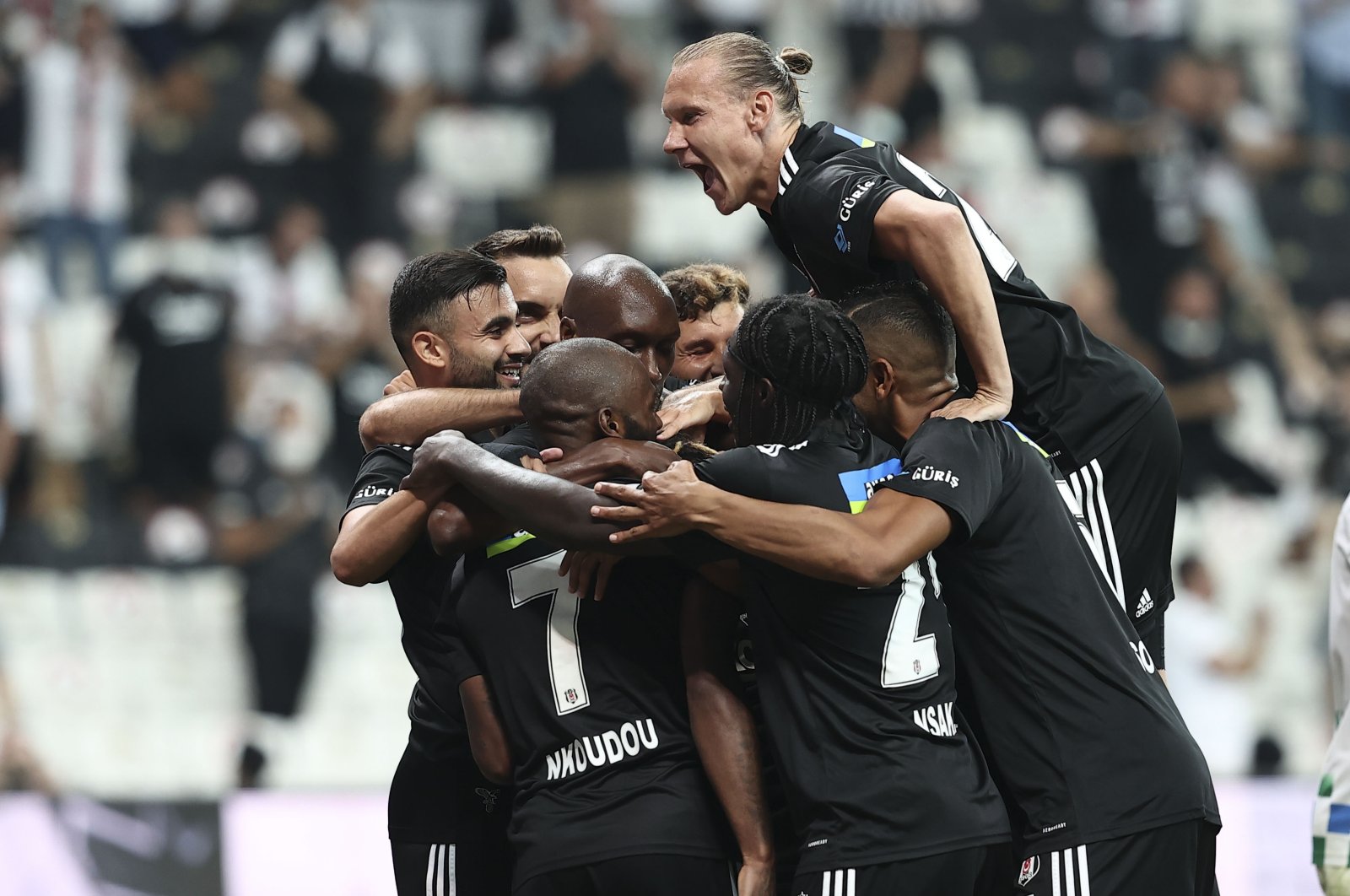 Beşiktaş club captain Atiba Hutchinson celebrates with his teammates after he scores the second goal for his team in a 3-0 win against Rizespor in the first match of the season at Vodafone Arena, Istanbul, Turkey, Aug. 13, 2021. (AA Photo)
by Anadolu Agency Aug 13, 2021 11:15 pm

Turkish Süper Lig title holder Beşiktaş started the 2021-2022 season on Friday as it eased past Çaykur Rizespor with a 3-0 win at its home turf, Vodafone Arena in front of supporters.

Besiktaş took control of the match at the beginning, with Georges-Kevin Nkoudou scoring the early opener in the 9th, assisted by new arrival Kenan Karaman.

In the second half, 38-year-old veteran Canadian midfielder Atiba Hutchinson doubled the lead in the 52nd, while Cyle Larin's stoppage-time goal made the score 3-0.

The first game of the Süper Lig's new season was played in front of fans fully vaccinated against COVID-19, under new safety rules.